‘Antibiotics are convenient only when they work effectively’

The goal is to treat bacterial infections. Every possible way should be made of making bacteria susceptible to antibiotics as it will help patients 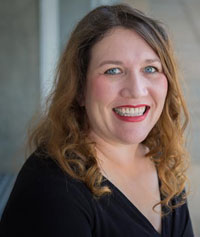 In the recent years, microbes causing deadly diseases have become resistant to antibiotics. Effort to find new and more effective antibiotics has been fruitless to a great extent.

A latest research points out that there is a way to make bacteria return to a pre-resistant state. Biologist Miriam Barlow of the University of California, Merced, tells Down To Earth how to rewind the evolution of bacteria so that they are susceptible again to a family of 15 antibiotics, including penicillin.

Her study was published recently in PLoS ONE.

How big is the problem of antibacterial resistance? Even the World Health Organization (WHO) has termed it a serious global threat. Please comment.

The problem of antibiotic resistance threatens human beings seriously. Infections, which were once considered trivial, have now become deadly. At present, people die from illnesses that could have been easily treated 15 years ago.

Your study talks about the possibility of the bacteria returning to a pre-resistant state. How can it be done? Will it help in combating diseases?

As bacteria develop resistance to one particular antibiotic, they often become susceptible to others. By exploiting this trade-off, we can push evolution in reverse to a state before antibiotic resistance was such a severe problem. This, in turn, has the potential to make antibiotics useful again.

The study talks about “antibiotic cycling” in which a handful of different antibiotics are used on a rotating basis. How far is it useful in keeping diseases at bay?

Doctors had tried antibiotic cycling in the past. It didn’t work very well because they had no theoretical or experimental foundation for knowing how to cycle them. In our study, we have provided a data informing about how to cycle antibiotics.

Our study shows how cycling can work. Without specific models, doctors are left to empirically decide which antibiotics to use with no data. The old way of doing this was like driving a car with no map or directions. Without those, there is no guarantee you will get where you want to go. Our method provides the roadmap and direction.

The goal is to be able to treat bacterial infections and every possible way of making bacteria susceptible to antibiotics will help patients.

Your study talks about the “Time Machine” software which can return the bacteria to its harmless state? How does it work?

We have used matrix multiplication, an advanced mathematical calculation, to compute all possible treatment paths and derive their outcomes in terms of resistance. Then, we performed a heuristic search of those results to find the treatment paths with the highest probability of returning the resistant bacteria to a non-resistant state.

What is the future of antibiotics? Should we go beyond them and explore other possibilities?

If things continue as they are going, the usefulness of antibiotics will continue to decline until all, but a few infections are untreatable. There are many new methods being explored. Rapid diagnostics and homeopathic treatments both show promise for ameliorating the impacts of resistance for certain infections. However, antibiotics are terribly convenient and when they work, they are very effective. It would really be best to continue our ability to use them.