It does not make sense to auction coal blocks when most blocks do not have environmental clearances, says Tim Buckley, Institute for Energy Economics and Financial Analysis

Kundan Pandey: What is the current scenario of coal versus renewable energy (RE) in India and across the globe? 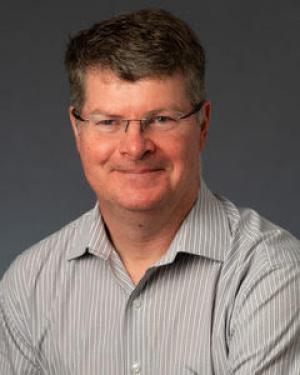 Tim Buckley: The world is progressively reducing its reliance on coal for power generation and the majority of all global new electricity capacity installations are based on renewable energy. The Internation Energy Agency World Investment Outlook 2020 put new coal plants reaching final investment decisions in 2019 at a decade-low of 18 gigawatt (GW) globally, whereas global coal plant end-of-life closures have been running at 30-35 GW annually over 2015-2019.

So the world is probably already at peak coal power plant capacity and this will progressively decline each year.

Against that, according to International Renewable Energy Agency, the world added 170-180 GW of net RE capacity globally in 2019. the rate of capacity expansion in RE continued to grow each year in the last decade.

But these global figures mask a very different story when one looks at the Organisation for Economic Co-operation and Development (OECD).

Coal-fired power plant retirements are accelerating across the OECD. Very few new coal plants are still being built. Among these are the ones that were mostly committed to 5-10 years ago.

The United States will build almost 30 GW of RE in 2020 alone. But it does not have a single new coal power plant under construction. In fact, end of life coal plant closures will be 5-10 GW after a near record 15 GW of coal plant closures in 2019. Coal use in electricity in the US is down 28 per cent year-on-year in first half of the calendar year 2020.

For India, the situation is similar. India was commissioning some 20 GW annually of net new thermal power capacity in in 2012-2016. In 2017-2020, the rate of net new capacity added dropped by 80 per cent to an average of 4 GW annually. 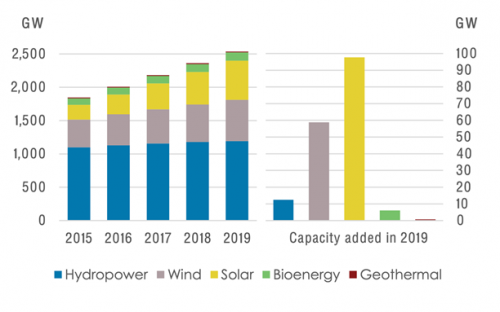 To compound the financial distress evident in the coal-fired power generation sector, the average capacity utilisation rate in 2019-20 was a decade-low 55.5 per cent.

Within that, coal has suffered 100 per cent of demand decline evident across India. Coal power generation is down 28.6 per cent yoy year-to-date (YTD), a drop of 70,000 MU.

KP: How do you see the Indian government’s decision to auction coal blocks? It becomes pertinent considering the forecast of falling coal prices in Australia and other countries.

TB: The Indian government is desperately keen to address India’s critical energy security issue of excessive reliance on expensive imported fossil fuels. The move to auction coal blocks to private domestic and foreign interests is a reflection of the Indian government’s objective of progressively reducing imports of coal, which ran at costly 233 Mt tonnes in 2019/20, up 3.2 per cent YoY.

The government has rightly been talking about reducing ‘avoidable coal imports’ to zero by 2023-24. While the logical solution is to accelerate investment in low-cost domestic sourced renewable energy, the Indian government is looking at all angles, including bringing more private coal mining competition to Coal India Ltd.

Does auctioning of coal blocks make sense? From a sustainable economic growth perspective, it does not make sense to auction coal blocks, particularly when most of these blocks do not have environmental clearances or clarity in land ownership issues. Many are in heavily forested areas. All these issues will materially dampen investor interest.

KP: Do you think global players will show interest in Indian coal mines?

The Institute for Energy Economics and Financial Analysis (IEEFA) does not expect almost any foreign interest to emerge in this auction process.

For the world to deliver on the Paris Agreement, unabated thermal coal use must cease in the OECD member countries by 2030, in China by 2040 and globally by 2050. Global investors are increasingly acknowledging the climate science is all too accurate and the financial risks of stranded assets are rising rapidly.

IEEFA has tracked that 139 globally significant financial institutions across the banking, insurance and asset manager / asset owner sectors that have formal coal divestment policies in place.

Further, these polices are progressively getting tighter — with 39 new or enhanced coal divestment policies announced in 2020 to-date, double the announcement rate seen during 2019. Global capital is fleeing the thermal coal mining sector as a product that is reaching its end date.

The Indian press has speculated that BHP Group Ltd (a global resources company), RIO Tinto Corp and / or Peabody Energy would be interested in bidding. I would say this is entirely incorrect — that none of these three will bid. Neither will any other global coal firm, most likely.

A couple of days ago, BHP put its last Australian thermal coal mine up for sale. The company in 2019 committed to progressively reduce its exposure to thermal coal mining.

Rio Tinto sold its last coal mine globally in 2018, having progressively exited the coal sector since 2014, reflective of the inconsistency of coal mining with the Paris Climate Agreement. Rio Tinto consistently failed to make adequate financial returns in coal mining, including booking cash losses of $4 billion over one disastrous foray in Mozambique in 2012, which it wrote off and then virtually gave to Coal India Ltd in 2014.

Coal India Ltd has failed to make a viable operation in Mozambique. The chance of Rio moving back into coal is precisely zero, in IEEFA’s view.

Peabody Energy is in clear financial distress, having destroyed 90 per cent of its shareholder wealth in the last two years alone (refer to chart below). The company is struggling to downsize its US and Australian coal mining businesses, so again the company’s capacity to undertake high risk greenfield developments in India is zero. 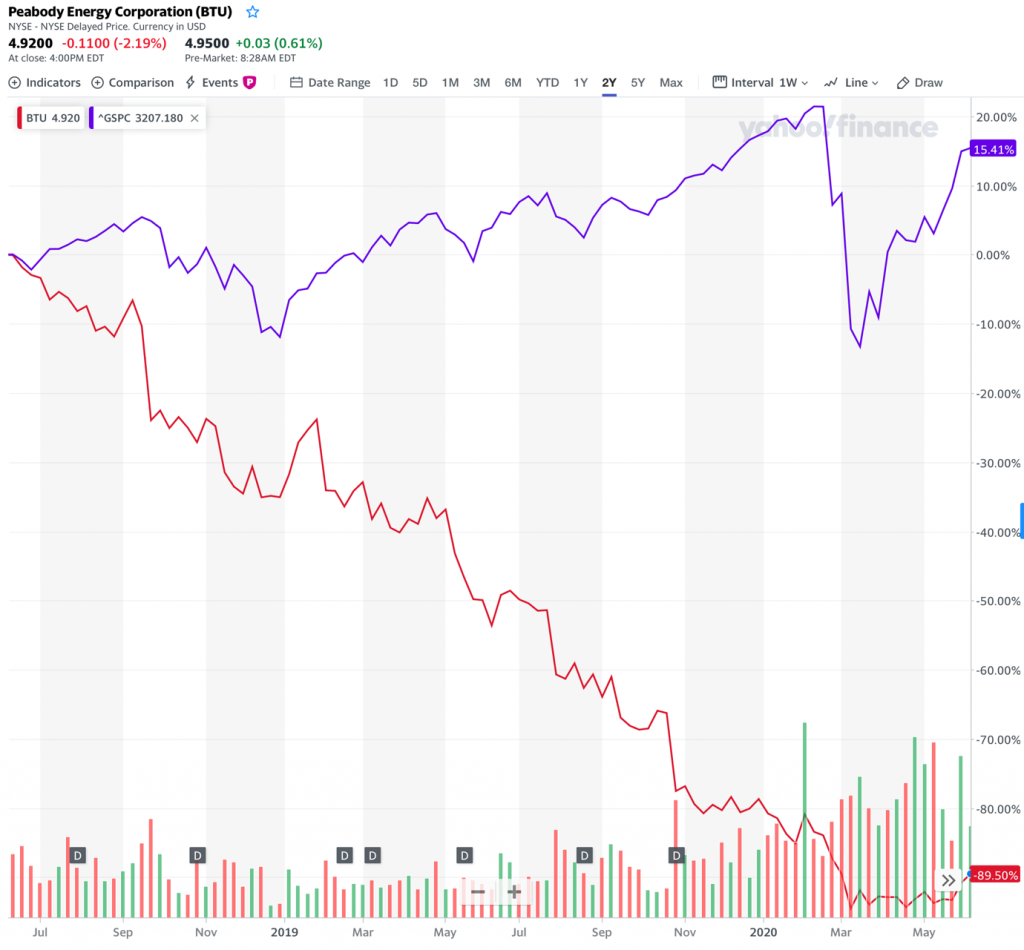 KP: Except revenue and employment, India is also looking for self-reliance on coal and reducing import bills. Do you think it is possible considering India’s coal quality is not good enough?

Only a few isolated coastal coal power plants, like the one in Mundra, have been configured to use higher energy, lower ash imported coal. These can be retrofitted to blend in more Indian coal.

But the issue is that many of these 30 GW coastal coal-fired power plants are not connected by railway lines to domestic Indian coal, and they are generally 1,500 kilometres away, making transportation of domestic coal problematic. It also doubles the cost of the coal on delivery relative to the mine-mouth cost.

KP: Modern technology was one target when India decided to give coal blocks to the private sector. Do you think India can achieve this, if global players don’t join the bidding process?

TB: India has exceptionally low wages for its coal miners. It is entirely sensible for India to modernise its work practices and progressively bring in global coal-mining technologies. However, this progressive automation / modernisation and capital for labour substitution would have huge negative implications for the Indian workforce and would raise the cost of production.

It is entirely feasible for experienced Indian firms to bring in progressively larger capital equipment to reduce the labour intensity of coal mining in India. But in doing so, this will further undermine the already under-pressure social licence to operate that this destructive, dirty, dangerous and often corrupt industry has.

The question is largely theoretical given global coal mining firms are universally in dire financial shape, and facing an existential threat from the increasingly global capital flight to lower-cost, zero-emissions renewable energy alternatives.