Mani Shankar Aiyar is known for the many controversies sparked by his provocative comments and controversial ideas. As minister for petroleum and natural gas in the first UPA government of Manmohan Singh, he rattled the global energy markets by vigorously promoting a compact of Asian countries to ensure their energy security. Aiyar’s most quoted statement that “the 21st century will indeed be the Asian century only if Asian countries join hands in a continent-wide bid at bringing Asia together and keeping Asia together” was made in Beijing in January 2006. Within days, however, he was stripped of his portfolio. In his 21-month tenure, Aiyar was successful in negotiating a regional deal with Myanmar and Bangladesh to get gas to India. In a detailed conversation with Latha Jishnu, the former minister now a nominated member of the Rajya Sabha, discloses how the deal was stitched together only to be scuttled by the ministry of external affairs. Excerpts: 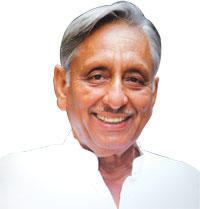 In your time as petroleum minister you did your best to foster cooperation within the region and to bring about a new energy paradigm. How do you see it after all these years?

Well, it seems the oil diplomacy has gone out of our vocabulary. They have got an officer now in ministry of external affairs who deals with energy security but whatever he is doing is not within the public realm. So, I may be wrong in saying that nothing is happening but it does seem to me that nothing is (See 'Tense over energy'). Certainly, the structure I had in my mind as minister and was trying to push forward has either been rejected by the government or has not been acted upon. The picture I had in my mind was divided into two segments: domestic availability of hydrocarbons and external availability. Remember that I formulated these thoughts when we had made world’s biggest onshore discovery of oil in 2003, by Cairn in Barmer, and the biggest discovery gas in the offshore KG basin by Reliance. So the mood was generally upbeat.

Let’s talk about your oil and gas diplomacy

Well, I looked at our immediate neighbourhood and there was Bangladesh with gas at Brahmanbari and Burma (Myanmar) where Burma Shell started and where India had an interest. (ONGC Videsh and Gas Authority of India Ltd became consortium partners in the Shwe offshore field in 2005). They were ready to sell gas to India because they were dependent on China and they wanted to get out of that relationship.

What bloody rubbish. I went to Yangon in January 2005 against the strong reservations of the ministry of external affairs which didn’t want to deal with Myanmar or with Bangladesh. It was a tri-ministerial meeting in Yangon. I had succeeded in inviting the Bangladesh minister in PM’s office (AKM Mosharraf Hossain) who was the one in charge of energy himself because the PM Begum Khalida Zia held the energy portfolio. So this man, less of politician and more of civil servant and technologist, he went to see the Indian High Commissioner in Dhaka before coming to Yangon and he handed over to her the Bangladesh decision, that is the cabinet’s decision on what conditions Bangladesh would impose on India if we wanted  to use Bangladesh as a transit route. And since he showed it to Veena (Sikri, the high commissioner) in advance it reached me in Yangon via a secret cable before the Bangladesh minister arrived. So I was fully aware what his position would be. And then three of us, the three ministers, sat down and had a plenary meeting –Myanmar, Bangladesh and India. Then Myanmar’s energy minister (Brig. Gen. Lun Thi) asked for a separate meeting with me, and I asked for a separate meeting with the Bangladesh minister. The Burmese minister told me they were very worried that we wouldn’t take the gas that we had found in their blocks because of our differences with Bangladesh.

Was it these differences that scuttled the gas pipeline?

I met my Bangladeshi counterpart separately. He was a young person in his 30s and asked me, 'sir what do you expect me to do?' I said, 'what are your three conditions?' He said, ‘cabinet has said that we won’t do anything on it unless you open the checkpost on India-Bangladesh and India-Nepal border for 24 hours for getting goods in transit from Bangladesh to Nepal to go through without inordinate delay’. It was then open for eight hours. So I checked with Delhi and said that it’s enough because there are so few trucks passing through. Anyway, the problem can be solved once I go back to Delhi. The second condition was purchasing power directly from Burma instead of Burma first selling it to India and then India reselling it to Bangladesh. The third condition was that we should improve balance of trade which was heavily tilted against Bangladesh. I pointed out the need for transit through his country is so enormous that the transit fees we would pay and also for the gas would easily take care of this. So it was agreed in a formal meeting the next day that we would set up a working group that would meet three times on monthly basis, in February, March and April and the three ministers would again meet in May in Bangladesh. But the Burmese minister said he couldn’t come to Dhaka because his government had no money for travel. I then offered our ONGC plane to fly him there and the May meeting was fixed.

The important thing I managed to put into the agreement was that this international Burma-Bangladesh-India pipeline will also be authorised to carry domestic gas. He caught on to that immediately because their gas is in Brahmanbari and the industrial area of Jessore is at the opposite end of the country. They had not been able to valorize their gas because they hadn’t worked out how to pump out the gas and pipe it to Jessore. This pipeline was offered at no cost to them except for some fees. What I had in mind was to use the gas in Tripura and send it to Haldia using the same pipeline. You see, Brahmanbari is almost on the Tripura border and Agartala is almost on Bangladesh border and it is this region only where we have our own gas. But we were unable to utilize it because there was a problem setting up a power plant in Tripura. But we wanted to transport that gas to Haldia which was to become the great petrochemical centre. So if we got this pipeline through Bangladesh we could get a domestic movement although it would be through another country. Bangladesh wanted the same, and we worked this into the agreement.

It seems to have been a great agreement….

Yes, sitting at Amsterdam airport on my way to a conference I leapt into air because this was phenomenal. We had done it in one meeting, just one meeting! But back in India there was a problem. I couldn’t go to Dhaka because I was told we had to support Begum Sheikha Hasina and credit mustn’t go to Begum Khalida Zia. So please wait, don’t rush into these things. So I sat and waited till September to go. In September I was received royally by Khalida Zia, and the entire cabinet came to the dinner given in my honour.

However, I found my officers had not worked out a proper agreement. So sitting at that dinner I wrote out the agreement of what were actually the minutes of the previous meeting. My handwriting is so bad that I read it out to Bangladesh ministers, the finance, foreign and commerce ministers. After I read the agreement they said they would study it but I told them, no, we are going to sign it now because it’s the minutes of something we had agreed upon. Then these are the minutes which would be translated into an agreement. So they all agreed. And I said right there, ‘Veena (Sikri) let’s get it typed' because next day there was a cabinet meeting which Manmohan Singh had insisted I should attend.

Why didn’t this agreement come into force?

When I reached Delhi I became furious because Veena had typed 'DRAFT' on the agreement because she was anti-Khalida Zia and the ministry of external affairs was anti-Khalida Zia. So they destroyed our hopes. Their (MEA) position was, why do you want to go through Bangladesh, we should go along the Kaladan river. So I asked the joint secretary, do you know the course of the Kaladan river. If I lay down a pipeline along the Kaladan river, it doesn’t rise in India. It rises in Burma. So if I lay down a pipeline along the Kaladan river it would be taking gas from Burma into Burma, it won’t be coming to India. Since the hills there and the valley are so steep, how do you pump this gas up? And then take it through the fragile hills of Mizoram. I asked the joint secretary, what is this nonsense you are talking? But MEA was adamant that we won’t allow gas to pass through Burma, Bangladesh and then into India. There was this awful joint secretary who was only interested in turf. He said foreign policy would be decided by MEA and not by me. Besides, they were desperately sucking up to the Americans.

Are you saying that they scuttled this agreement which would have seen gas flowing into India by now because of turf war? That they were not aware of the geography of the region?

They knew nothing about petroleum and gas and petroleum knew nothing about foreign affairs. Therefore, when I came in, I immediately set up an oil advisory committee consisting of all my foreign service colleagues who had just retired and come back to Delhi. So we had people who knew Bangladesh, who knew the Arab world, who knew Latin America. It was called the Oil advisory Committee and my last chairperson was a person called Mohammad Hamid Ansari (current Vice President of India). The day after I was sacked, he was curtly informed by some section officer that you have been terminated, the committee doesn’t exist.

Next: How the Iran-Pakistan-India pipeline fell through