‘Hudhud may develop into a very severe cyclonic storm’ 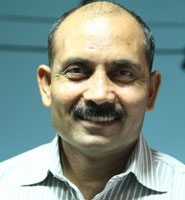 What is the status of the cyclone?

Hudhud may intensify into a severe cyclone. It is currently centred around 13.7°N latitude and 89.2°E longitude, 780 km away from south-southeast of Gopalpur in Odisha and 770 km southeast of Visakhapatnam in Andhra Pradesh.

How did Hudhud develop?

A low pressure area developed in south Andaman Sea on October 5. The next day it become depression and intensified into a deep depression on October 7. On October 8, it was classified as a cyclone—Hudhud.

Is it normal for cyclones to form at this time of year?

What could be the intensity and severity of Hudhud?

Cyclone systems in Bay of Bengal are becoming more frequent and more intense. Is climate change the reason?

No, it is not. Historically three to five cyclones form in Bay of Bengal each year. Frequency is more during October to December.