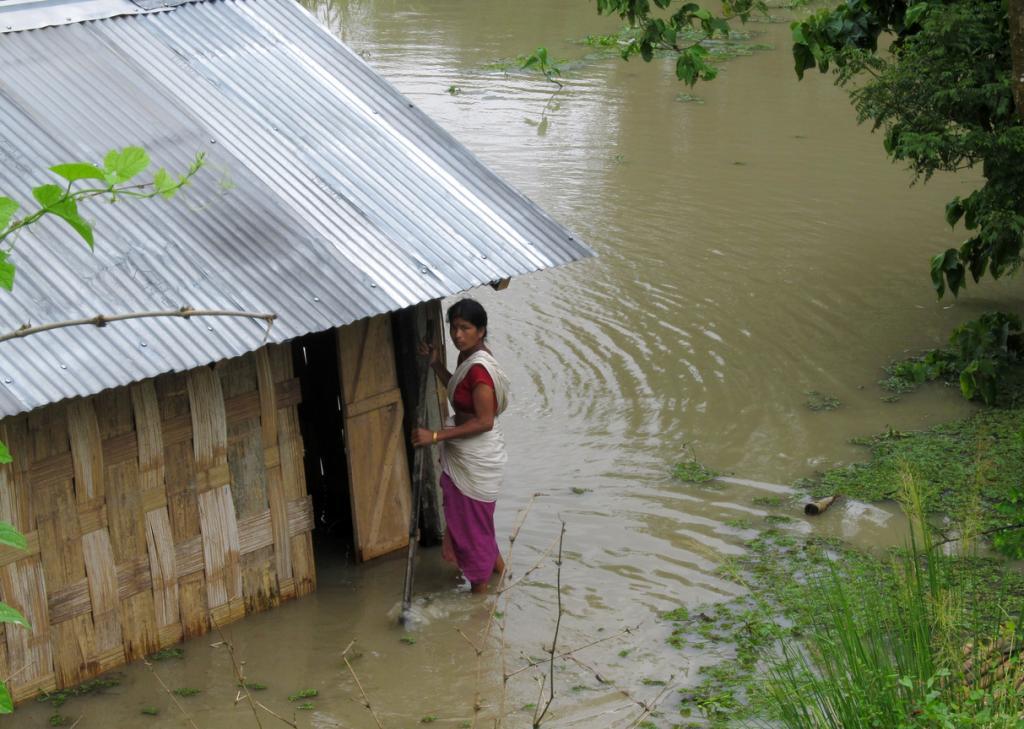 This year, India reported two extreme weather events that lasted for days — the heatwaves and the Assam floods.

The country experienced 280 heatwave days from March 11 to May 18, the highest in the last 12 years, according to the India Meteorological Department.

The Assam floods have affected all 35 districts in the state and displaced millions.

The report also referred to web-bulb temperatures, a combination of heat and humidity. It said by 2100, wet-bulb temperatures may surpass 31 degrees Celsius despite cutting emissions, in India.

Wet-bulb temperature is the lowest temperature to which air can be cooled by the evaporation of water at a constant pressure.

Yet, developing countries are struggling without financial assistance for long-term adaptation strategies to disaster management. This is despite developed countries at the 26th Conference of Parties (CoP 26) to the United Nations Framework Convention on Climate Change (UNFCCC) agreeing to discuss the potential of creating a financial facility for climate adaptation.

In May 2022, the United Nation’s Economic and Social Commission for Asia and the Pacific (ESCAP) released a report titled Asia-Pacific Riskscape @ 1.5°C: Subregional Pathways for Adaptation and Resilience.

Four months before CoP 27, Down To Earth speaks to Sanjay Srivastava, chief of disaster risk reduction at ESCAP, about adaptation finance and disaster management. Here are some edited excerpts:

Seema Prasad: Why are developed countries averse towards setting up a loss and damage (L&D) fund for the developing world? 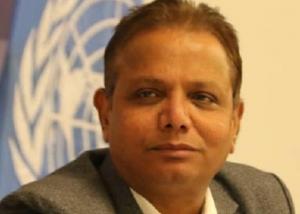 Sanjay Srivastava: There are no agreements among the countries to fund L&D due to the problem of attribution.

In the latest IPCC report, the science of attribution has evolved and extreme weather events can now be unequivocally attributed to climate change.

While calculating projections for shared socio-economic pathways (SSP) using model simulations in the Sixth Assessment Report, attribution was embedded into the methodology.

But scientists are still unable to confidently attribute L&D to climate change as there are still scientific uncertainties in terms of estimation.

For instance, if a town is destroyed due to flooding, it can be said that sea-level rise caused it, which can be attributed to climate change.

Non-economic losses such as the loss of large parts of the ecosystem and irreparable losses are still far-fetched from the perspective of the countries without proper scientific estimation.

The disaster management community themselves took a while to accept such losses.

Five years from now, there might be a better way to find a direct scientific correlation between L&D and climate change.

The Warsaw International Mechanism for Loss and Damage guides its implementation.

The Paris Agreement reaffirmed this mechanism for L&D as the primary vehicle under the UNFCCC process to avert, minimise and address L&D associated with climate change impacts, including extreme weather events and slow onset events.

The mechanism has yet to be operationalised though it was established years ago, due to many gaps in understanding.

SP: According to the Adaptation Gap Report 2021 published by United Nations Environmenta Programme, there is a substantial gap in funding adaptation in developing countries. Could you elaborate on the various reasons?

SS: After an adaptation analysis or a cost estimate on coastal, energy, water and agriculture sectors, the report found that the estimated cost of adaptation in developing countries was between five to ten times higher than the current international financial aid flowing towards adaptation.

The gap exists because of too much focus on a few sectors such as agriculture, infrastructure, water and disaster risk.

A lot of sub-sectors and intersections are also neglected. For instance, under agriculture, there is not much attention given to horticulture, livestock, animal husbandry and fisheries.

SP: How does this Post-Disaster Needs Assessment (PDNA) work and is it common in India?

SS: It’s a well-established concept implemented in many parts of the world, of which I have been a part.

The idea is to develop a holistic recovery framework in the aftermath of a disaster, considering an overall disaster profile and allocating a realistic budget according to the sector that needs the most attention, be it housing, roads, power and agriculture, among other things.

The first PDNA in the international spotlight that was conducted in Asia was the 2001 Gujarat earthquake, followed by the Indian Ocean Tsunami of 2004. It then became a trend under the PDNA to weave a resilient framework to build back better in the sectors affected.

Various international parties, including the United Nations, have conducted PDNAs for high-impact disasters. Examples are the Kerala floods of 2018, for which losses were felt in terms of damage to houses, roads, and plantation crops and Cyclone Phailin in 2013, where the power sector suffered the most damage. It is generally not done for small-scale disasters.

SP: What are your observations from working on several PDNAs?

SS: In my experience, there has been a trend toward focusing on economic recovery after a natural disaster by the various governments in Asia. But PDNA helps balance socio-economic and environmental objectives. For example, it includes recovery of the social sectors such as education, health, culture and religion.

Natural disasters accelerate imbalance and inequality, hence taking this full view is important. If PDNA is not done, this issue may be exacerbated.

During the 2001 Bhuj earthquake, the PDNA assessment recommended registering a woman’s name as the owner of the new property given to her family. This was a way to restore some gender equality in favour of women.

In the Pakistani floods of 2010, 56 per cent of the impact was on the agricultural sector.

In satellite images, we observed that one-fifth of the agricultural belt was affected. The recovery framework developed at that time involved adapting resilient agricultural practices. 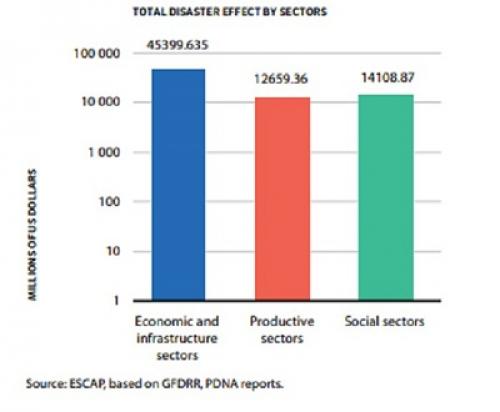 ESCAP analysed 29 PDNAs in 20 countries based in the Asia-Pacific region. The analysis showed us that 40 per cent of disaster impacts were felt in the social and productive sectors.

SP: Can you briefly explain the significance of the report brought out by ESCAP titled The Asia-Pacific Riskscape @ 1.5°C: Subregional Pathways for Adaptation and Resilience, released May 2022?

SS: Last year, we released an Asia-Pacific Risk and Resilience Portal in August 2021. The portal aimed to quantify the economic impact of climate change.

It analysed potential GDP loss if India’s temperature increases by 1.5°C. Similarly, the report looks at the macro-economic losses in various climate scenarios in 55 countries in the Asia-Pacific region.

In accordance with long-term adaptation goals, we need to think of building infrastructure that lasts for 50 to 100 years. It provides medium and long-term perspectives to policymakers and governments to do just that.

According to our analysis of the IPCC’s sixth assessment report, Asia-Pacific will suffer the most from heavy precipitation in comparison to global averages, followed by agricultural drought, heat waves and cyclones.

We have analysed each sub-region of the Asia-Pacific and ESCAP has estimated the cost of adaptation under worst-case climate change scenarios. For this, we used the data we gathered from the portal.

Suppose the temperature increased beyond 1.5°C and 2°C. In that case, the sub-regions of both south and south-west Asia will witness extremes in precipitation and droughts, particularly in the Ganga, Brahmaputra and Meghna Basin.

However, under the worst-case scenario, this region is projected to experience more tropical cyclones and hot temperature extremes.

The projections show that Pakistan has the highest average annual losses amounting to 9.1 per cent of its GDP in the worst-case scenario. Nepal follows in second place with 8.7 per cent.