'NGT must have suo motu powers'

Justice Swatanter Kumar has been chairing the National Green Tribunal (NGT) for nearly two years now. In an interview to Down To Earth, he speaks about some basic issues confronting the tribunal 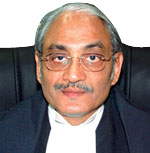 How far do you think NGT has succeeded in fulfilling its mandate of providing speedy justice?

NGT has contributed considerably to the mandate of speedy justice in resolving environmental disputes. Our target is to dispose of cases within six months, and NGT has been successful in achieving this target in most cases. The Sterlite case and Meghalaya rat hole mining cases are two examples.

NGT has reiterated that Ministry of Environment, Forests and Climate Change (MoEF&CC) is a mere funding body for it. Do you think that MoEF&CC is trying to create hurdles in the working of NGT?

No. Over a period of time, MoEF&CC has realised that NGT needs to grow. There has been a substantial leap in the funding directed to NGT. It has increased manifold from Rs 8 crore to Rs 34 crore.

The Madras High Court restrained NGT from exercising suo motu jurisdiction. What do you think about it?