No land for best option: composting

Thiruvananthapuram, the capital city of Kerala, does not have a municipal waste-treatment facility. Its only plant to treat solid waste, located in the nearby Vilappil gram panchayat, was closed in December 2011 in the wake of protests by people living in the vicinity. The city corporation is now burying and burning unsegregated waste, flouting the Municipal Solid Waste (Management and Handling) Rules, 2000, or MSW Rules. K Sajeevan, chairperson of the Kerala State Pollution Control Board (KSPCB), talks to M Suchitra about the challenge of waste management in the city 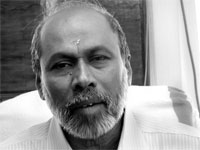 The city mayor, K Chandrika, confessed to Down To Earth in July this year that the Thiruvananthapuram Municipal Corporation is flouting rules by allowing the burying and burning of unsegregated waste, prohibited under the MSW Rules. She also said this is contaminating water bodies and groundwater.

Yes. What the corporation is doing is illegal and dangerous. Most of the water bodies in and around the city are getting polluted. When unsegregated waste is buried in deep pits, it contaminates the groundwater too. The burning of unsegregated solid waste also generates toxic gases. Despite these dangers, solid waste has been used as filling material for building two railway platforms in the city. This has been done with permission from the Indian Railways.

But checking pollution is the responsibility of the state’s Pollution Control Board (PCB). Does the board take matters related to municipal waste seriously?

Yes, we do. The board has been asking the corporation to comply with the MSW Rules. Waste disposal is the responsibility of local bodies.

The Thiruvananthapuram Corporation says the only solution to the problem of garbage disposal in the city is to reopen the Vilappil plant.

But that’s not possible. The people in the vicinity will not allow it. They say the plant had made their lives hell. The corporation set up its waste-composting plant in 2000 on 18 hectares of land it had bought in 1993 from Vilappil residents. The plant lacked scientific facilities to treat leachate (water oozing out of decayed waste) and scientific landfills to bury the rejects (material that cannot be composted). Besides, the capacity of the plant was to process around 90 tonnes of garbage in a day, while the city produced about 300 tonnes in a day. Unsegregated, decayed garbage heaped at the plant site contaminated the streams and other sources of drinking water of the nearby villages. People say the pollution caused respiratory and skin diseases, among other health problems.

Did the PCB ever serve the Vilappil plant a closure notice from its inception in 2000 till its shutdown in 2011?

We did not. Closure of the plant was not a solution to the garbage problem. The MSW Rules make it mandatory for all local bodies to have a centralised waste-treatment plant. Giving orders for shutting down the plant would have only added to waste accumulation in the city. Instead, we had asked the corporation to install proper facilities at the plant within a time frame so that it could function in a scientific way. But the corporation failed.

After the closure of the plant, didn’t many people in the city resort to simple composting techniques?

They did, but only in a small way.

What is the Kerala government’s stance on the garbage issue?

When the Congress-led United Democratic Front government came to power in 2011, it prioritised garbage management, held discussions with experts and tried to bring in new technologies. A 50-tonne capacity waste-to-energy plant was proposed at Chala market in the heart of Thiruvananthapuram. The PCB has given its clearance to this plant. This is a pilot project. The plant will use integrated gasification technology in which waste will be burnt at high temperature to produce energy. The project is a public-private partnership, in which the government will provide the land, the Thiruvananthapuram Corporation will supply waste and the private company will build the plant and produce power. The technology is supposed to be the first of its kind in India.

There is hardly any waste-to-energy plant in the country that can be described as a successful model. Why is the government running after high-cost, untested technologies when waste experts in the state point out that the moisture level in Kerala’s garbage is high and thus it is best to compost it?

Composting may be the best method of garbage disposal in Kerala but availability of land to follow the composting process is an issue. Kerala is a small state with a high population density. Vacant land is not easily available. Another problem is that people do not allow waste-treatment plants in their localities, perhaps because of their past experience with such plants. The only problem I see with the waste-to-energy process is that it may generate toxic gases. But this can be controlled.

The Kerala government had bought a Rs 2.25 crore mobile incinerator on an experimental basis. Why did the PCB give its approval to the incinerator when burning unsegregated waste is illegal under the MSW Rules?

The mobile incinerator was not an experiment. It was bought as an emergency measure. Garbage was accumulating everywhere in the city. The PCB gave its approval only for the trial run.

But waste experts point out that its design violated the norms of the Central Pollution Control Board.

That’s not true. Pollution control measures of the mobile incinerator were satisfactory. The pollution levels were monitored strictly. Besides, the incinerator can burn only about one tonne of waste per hour. The real issue was consumption of fuel. It consumed 135 litres of diesel per hour against the 40-50 litres claimed by the manufacturer. The Thiruvananthapuram Corporation said it would not be able to afford this.

Is there any shortage of funds for waste management?

Not at all. There are enough funds for all the local bodies in the state to spend on sanitation and waste management. The problem is that it’s the health inspector who is in charge of waste management. Health inspectors do not have the requisite technical knowledge. There should be a qualified environment engineer to look after this issue.

Like in Thiruvananthapuram, people in other parts of Kerala are agitating against poor waste management by local bodies and the subsequent environment pollution. What’s the way ahead?

Local bodies alone cannot take care of the garbage. We need a comprehensive and integrated approach. Effective waste disposal depends on the involvement and commitment of everybody, including the government and civil society. But the issue is highly politicised. The existing waste-dumping sites need to be revamped on a war footing taking the local people into confidence and keeping their interests in mind.

Is the PCB planning to make any extra effort to take care of this problem?

The board will play a more proactive role. We plan to interact with the local bodies on a regular basis and hold awareness programmes on different technologies and proper utilisation of funds. The government, on its part, has taken up awareness programmes on waste management for schoolchildren. Besides, we have been serving show-cause notices to various local bodies to explain why they are not able to comply with the rules.