Otaram Dewasi, Rajasthan's Minister of Dairy, Devasthan and Gaupalan department and India’s first cow minister, tells Down To Earth how the government can arrest the decline of Rajasthan’s livestock 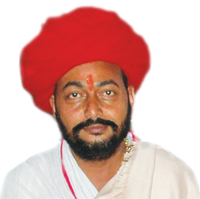 You claim to be the country’s first cow minister. What is your department doing for the welfare of cows in Rajasthan?

Gaushalas have hundreds of cows. But what about small farmers and herds?

That is why we want to bring gaushala construction under NREGA. People will keep cows only if there is potential to earn income from them. Our objective is to create a cow sanctuary in every division. Many cows are just standing idle in villages. We have already seen land between Bikaner and Jaisalmer for such a cow sanctuary.

What is the status of other livestock animals like goats, sheep and camels?

As chairman of Rajasthan Livestock Board, I had started insurance schemes like Kamdhenu for cows, Avika Kavach for sheep and so on. We made hostels for children of shepherds who migrate. Their children study and live there and the government pays the cost.

The population of camels and sheep has declined greatly. What is the government doing for them?

To address this problem, the government just declared camel the state animal. We have sent a proposal to the Centre, asking it to make camel the national animal. It will be a priority for us to stop camel slaughter. We will try to include camel milk in the Food Act. The department’s main priority will be to think of sources of income for sheep and camel keepers. In case of sheep, till we don’t stop import of foreign wool, there will be no demand for wool from our sheep.

Camel keepers complain there isn’t enough fodder. What are the solutions?

There is definitely a problem of fodder. As of today, forests have thousands of bighas of land. They have blocked this land saying it is for wildlife. The report that went from here said livestock eat plants and diminish the greenery. But greenery was there when we had thousands of livestock. But then, no one said that the greenery was diminishing. Forests must be open to livestock. Even one sheep that grazes in the forest will excrete there, providing manure to the plants. You have made a tiger range. But if sheep don’t go inside, what will tigers hunt? You will have to think about their prey too. Forests can only be protected when livestock are allowed inside. We will send a proposal to the government in this regard.

All governments only looked at installing factories in gochars (pasture lands) and orans (sacred groves). Hence, gochars and orans are disappearing now. However, the provision was that if a village has 5,000 livestock heads, then land should be reserved for them. Where is that provision today? We will have to ensure facility for fodder for livestock in the village. If there is no land for fodder, how will livestock survive?