Private sector is profiting from vacuum left by ICAR

In the agriculture research hierarchy, Swapan Kumar Datta occupies the second rung, one of eight deputy director generals (DDGs) in the Indian Council of Agricultural Research, the apex organisation. As DDG crop sciences division he is the most powerful of them of all with 12 national institutes, nine project directorates, three bureaus and two national research centres under his control apart from the 27 all-India coordinated research projects and India-wide network projects that are his responsibility. Datta says he is “not a typical scientist” at ICAR which he joined just four years ago having worked in institutes in Switzerland and the Philippines for two decades. Datta is controversial for his statement that the National Bureau of Plant Genetic Resources should be opened up to the private sector and for what critics allege is his refusal to take action against tainted scientists under him. In several meetings with Latha Jishnu and Jyotika Sood, the plant biologist, who is a strong champion of genetically modified (GM) crops as the answer to the stagnation in India’s agriculture, talks frankly about the issues scientists have with the system. Excerpts: 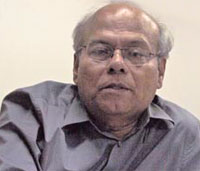 What is the major problem with public research system?

Our trust system is very weak. We have not developed a system that is robust or a management system that allows you to work with very strict principles, rules and regulations as in the West. In India, there is too much flexibility and this flexibility could make you corrupt.

What do you mean by trust?

Take research. Say you submit a project of Rs 1 crore. You want to buy equipment, you have to invite quotations and it takes around one to two years. So if it’s a three-year project you are left with very little time for your research. In the tender you have to accept the lowest quotation no matter that the guy is giving inferior quality equipment and if you do not take it somebody will complain against you. Someone will try to get information through RTI (Right To Information) and then put a complaint that will go to vigilance. What can one do in such a scenario?

These are just a few examples. The whole atmosphere is such that you don’t enjoy the freedom to concentrate your whole thinking on science. In India you waste energy on other things and don’t focus on research which is the aim.

Are you sorry you joined ICAR?

I love challenges. I could have joined any company and enjoyed smooth research work. But the ICAR challenge I’m still enjoying because I’m learning. What I learned in the last four years about the country, the people, the crops and the agri-eco system was great. My frustration is that when I want to change the system, when I want to do something differently, make some corrections or modify it, I don’t succeed.

There is a view that it won’t make any difference if ICAR is shut down. What do you say to that?

It’s a stupid statement and would be a great blunder. Today, because of ICAR the national and state governments are connected to the farmer. ICAR is particularly important in a developing country where the state has the responsibility for agricultural growth. In the US and other developed countries, it is the private sector which has taken the lead; the public sector plays a minimal role. In India, 60 per cent of the population depends on agriculture which contributes only 14 per cent to GDP. This one sentence speaks a lot about our agriculture. I was once invited to a meeting of the National Advisory Committee on agriculture. I made this same point and said something is wrong and we should find out what is wrong. Otherwise there is no point in looking for a solution. My apprehension is that this “something wrong” is going to remain wrong for a long, long time.

What has ICAR done to change this sad profile of farming in India? How would you change it?

One of the strengths is ICAR’s 5,000 scientists across the country. There are 632 KVKs (krishi Vigyan kendras). It’s a huge network. Now it’s up to us. Extension services are really bad. But if you look at the KVK run by the Ramkrishna Mission, you feel so good. In the dry area of Wakanud, the project run by the mission is so good, so green and lush. It’s the same Bengalis working but in other areas the KVKs and ATMAs are not working.

Aren’t you in a sense saying that you ICAR cannot do this extension work and it should be handed over to organisations like the Ramakrishna Mission?

No, the mission won’t be able to handle the entire domain of science and what ICAR is doing.

What is ICAR doing?

Our strength is network organisation. The second most important thing is development of crop varieties (Datta is referring to open pollinated varieties that are inexpensive seeds and can be reused by farmers unlike hybrid seeds). Private sector is interested only in hybrid. ICAR is looking at wild species, traditional species, underutilized crops, etc and providing these to farmers. It also looks at water efficiency, nutrient efficiency, etc. it’s not the way a company works.

Are you saying private sector is good at hybrids so we should leave it to them?

The public sector does have hybrid rice but it does not have a professional system to promote its hybrid rice in the market. ICAR doesn’t have a market strategy on how to commercialise its seeds. Because it’s a public institution, scientists develop a hybrid and give it free. Private sector, on the other hand, demonstrates the new seed and gives a total package of fertilizer.

Isn’t ICAR providing backend for the private sector and helping it to earn huge profits?

They are using a lot of our varieties; they are using our people because we are unable to nurture them well. Our best people leave and join companies. We are not giving them any incentives to stay in the system. While we are creating a vacuum, the private sector is using that space.

So what use is your research, Dr Datta?

We develop material and the private sector used it and is earning profits. What I’m suggesting is that we adopt the Australian model. It has a complete seed management system in which the marketing is done by seed associations and the terms are clear on the production and sale of seeds developed by the public research institutions.

According to some figures we have, ICAR spends Rs 40 lakh on a scientist. Is that too much?

We need to spend much more money per scientist, particularly for research in biotechnology, genomics, bioinformatics. China is spending three billion dollars for transgenic research but we are not spending even 100 million dollars. Monsanto spends one billion dollars, DuPont spends 1.5 billion dollars. Jairam Ramesh (Union minister) said this research has to be done by the public sector and not companies like Monsanto. I said, ok give me 5-6 billion dollars. He said, what did you say? I said, we need 5-6 billion dollars to buy the technology from the company, license it and use the remaining money on training young researchers and putting them on the job. Then I’ll go for new sciences for which these young people would be trained. I have no scientists for new sciences. These young people will go for future sciences and this is exactly what China is doing. China allowed all companies to come, conduct field trials. It’s a big mistake to stop field trials and not understanding what the science is. In Beijing, the Genomics Institute is training 1,500 young scientists in bioinformatics. In India, I cannot name even 15 scientists working on bioinformatics in the agricultural sphere.

Is ICAR starved of good scientists?

In every centre in ICAR not all posts are filled up. We have a number of sanctioned posts but only 70 per cent is filled on average every year. We recruit young scientists and senior scientists every year throughout the country. It’s a good thing that every year new people are coming.

What about funding? Is the allocation too little for research?

Everybody knows that our budget is very small. In 12th plan we demanded around Rs 50,000 crore, we got only Rs 25,000 crores which is half. This figure is tentative. How do you spread it across our 90-odd institutes? We are not putting the money in the  desired direction. The government says, 'look we have to run 100 institutions, 67 universities'. So we concentrate on what is needed at present and not work with a 10-year timeframe.

Why has resource generation never been on the ICAR agenda?

Now the problem is we have a company AgroInnovate and it may help in some way to raise resources from our research. But we do not reap the benefits from our breakthroughs. Take the example of Pusa Basmati. APEDA and the private sector earn at least Rs 15,000 crore from exports but ICAR and the institute which developed the material didn’t get even a small percentage of the revenues. We are supposed to provide the material, develop technology and offer it in the public domain. Indirectly, we are benefitting farmers and the country, but our own resource generation is zero. Even if two to five per cent of this Rs 15,000 crore comes back to the institution, it would be a big help. But we don’t get this.

Do you think system is going to change?

I think change is coming. With the limited resources and limited kind of appreciation, I consider system has done well. But we certainly have more potential and we need to handle things more professionally.