Genetically modified (GM) mustard hybrid DMH-11 developed by Delhi University’s Centre for Genetic Manipulation of Crop Plants ran into trouble in March when the Rajasthan government suddenly withdrew permission for the field trials. Developed after 16 years of research by Deepak Pental, director of the centre, the GM mustard is being promoted by the National Dairy Development Board, which supplies cooking oil to the domestic market under the brand Dhara. So far the board, along with the Department of Biotechnology and the European Union among others, has put in around Rs 45 crore in this project which uses the interplay of the barnase and barstar genes to produce high oil yielding mustard (Brassica juncea). These genes come from a soil bacterium Bacillus amyloliquefaciens. In an interview to Latha Jishnu and Jyotika Sood, Pental explains why it is important for India to move forward in research on transgenic crops. Excerpts: 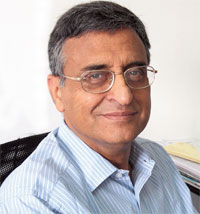 Have you completed the Stage I field trials of GM mustard in Rajasthan?

Of the three centres where the trials (the second year of the first stage) were being conducted, we have data from two. In the third centre, the field was burned before we could collect the data. Even those countries that have not released a single GM crop have carried out open field trials using proper levels of isolation and biosafety precautions.

Therefore, the decision of the Rajasthan government to withdraw NOC for biosafety trials is based on total misinformation and has nothing to do with any perceived threats from transgenic mustard. We need a proper debate which is based on facts and figures rather than on rhetoric. The fact of the matter is that every law of the land was followed in these trials.

Do we need this GM technology for mustard?

Last year’s trials show that this hybrid gives 25 per cent higher yield than the best varieties in the fields. The 20-25 per cent higher yield comes without using a single extra grain of fertiliser or single extra drop of water. This hybrid was produced in 2002. We calculated that if hybrid is grown in just one million hectares of the total six million hectares on which mustard is grown, farmers will earn Rs 500 crore in one year. I am still not saying that put this technology in the farmer’s field. All I am saying is do the best biosafety trials. After that if political establishment thinks it is too hot to handle and NGOs have so much power in their argument and if the farming communities do not want it then so be it. But finishing off legitimate trials because it is politically volatile is, I think, anti-farmer because they are the ones who are going to benefit.

Now take Bt cotton. Everybody knows there is a huge reduction in the use of pesticides—about 40 per cent. Yields have doubled.

There is no scientific evidence. Let’s leave Bt cotton out of this.

No, you cannot leave Bt cotton out because it is proof that activists have got it all wrong. In 2000-01 yield was 190 kg per hectare and in 2010-11, it was 512 kg per hectare. Now isn’t this a miracle? I will also tell you what is wrong with Bt cotton. The only wrong thing is that it has come from outside and you have no way to stack more interesting genes into it because there are intellectual property issues coming in and cost and so on. This is what Keshav Kranthi (director of Central Institute for Cotton Research) says in his very good article. What he is saying is, look Bt cotton has done its job but there are other problems that you have to solve independent of Bt.

On the contrary, Kranthi is saying pesticide use has gone up sharply with Bt cotton. He also says the yield increases are not entirely due to Bt.

Yes, the pesticide use is because of sucking pests. Now if you have 400 plus hybrids that do not carry resistance to virus, and just one input (Bt gene) to fight bollworm that is what will happen. Each crop requires about half a dozen inputs. If you remove Bt cotton today, do you have an alternative? I am telling you if you want to take it away today from farmers’ fields, they will kill you. So, create an alternative.

The main thing that Kranthi is saying is that there are 400 plus hybrids and some of them are not good. As a good scientist, he is cautioning that Indian cotton is only going to deteriorate now because Bt is not enough. That is what we should be discussing. You should think of how to deal with sucking pests, you must think of staple quality, of how you are going to make more productive hybrids. And find alternatives to cotton for crop rotation. Nobody is thinking about it (see ‘Scientists, activists locked in’ on www.downtoearth.org.in). 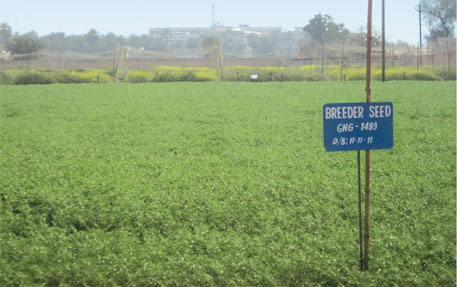 Now take mustard. The crop is attacked by blight, aphids and white rust. We have found two sources of resistance to white rust to which the entire mustard crop is susceptible. There is another disease, stem rot, which has increased in the past six years. And the reason is that there is no crop rotation; every farmer is growing only mustard.

Isn’t this barnase-barstar technology you are using harmful?

About 80 per cent of rapeseed in Canada is already under this technology. This rapeseed oil is being imported by India. The Japanese who do not want anything transgenic in their country are feeding their chicken with rapeseed meal from Canada. Why are they using so much of canola—as both oil and meal? As for safety, barstar resistance gene is deregulated in Europe.

Studies have shown that GM canola has contaminated all wild species in Canada.

We have no wild relatives of mustard growing in India so there is no question of Brassica juncea crossing with wild relatives. There are two other varieties in India grown by farmers and used for adulteration with mustard oil. These are drought-hardy plants but their oil quality is inferior. The only crop which can receive these genes is Brassica juncea non-transgenic hybrids and Brassica rapa that is grown in eastern India. So do not take the hybrid to eastern India.

You are saying that GM brassica juncea will cross with its non-GM counterparts?

It cannot be stopped anywhere in the world but it is not a threat. To claim that transgenes won’t move to non-transgenic material is wrong. If you have a selection over it like a herbicide then they spread very quickly. If you don’t use any selection, it will die over there. But GM Brassica juncea can cross with non-GM juncea.

In which case we will have only GM mustard in the country?

Why not? But that would occur only if everyone subscribes to GM mustard. No hybrid ever reaches the full area. The hybrids are going to be location specific. So it cannot be that one hybrid is grown in six million hectares. It will never happen.

How do you stop it from spreading to eastern India? Mustard pollen flows far and is very sticky.

The pollen does flow but not that far. In any case, it is not conducive to that climatic condition. Eastern farmers are getting yields of 800 kg per hectare and suppose they get an additional 1.5 kg or 2 kg per hectare. So they will realise that these varieties are not giving enough yields. They grow traditional varieties for their yellow coloured oil, and for their special qualities such as for frying fish. These varieties will, therefore, start getting a premium.

There is no way you can stop farmers in the east from trying these hybrids.

Being a responsible organisation we are not going to allow this seed to be sold in eastern India. Labels are always given that a hybrid is fit for only specific regions. Now despite that warning if farmers grow it what can we do?

But our farmers as you know very well do not read labels. Look what happened with Bt cotton.

The only solution is to organise our seed sector in a much better way. You have to keep spurious material out; you have to have control. Why is Indian Council of Agricultural Research not testing the 400 plus Bt cotton hybrids and reporting back to the farmers? I’m not willing to buy this argument that because we have a primitive system we should stay primitive.