‘There is not enough milk’

Amrita Patel was part of the White Revolution that made India self-sufficient in milk. She joined Kaira District Cooperative Milk Producers’ Union in Gujarat as animal nutrition officer in 1965 and became the protege of Verghese Kurien. She worked with him for over three decades. Her association with National Dairy Development Board (NDDB) began in 1971. In 1999, she was appointed as its chairperson. Patel distanced herself from Kurien after their views diverged on the cooperative model. Patel, 70, has served as the head of NDDB for 15 years and has been given an extension till a replacement is found for her. Jyotika Sood speaks to her on the challenges of meeting India’s milk requirement 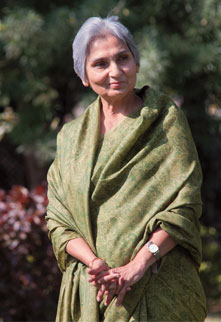 What are the major challenges before the dairy sector?
Indian cooperatives have worked in a protected environment. As I see it now, private players are coming in with capacities to make powder, casein and valueadded products of milk, such as cheese and butter, but their products are mostly meant for exports. That is threatening. The country needs milk for its children but we have opened the sector to give milk to children in some other countries.

But are not we one of the world’s largest milk producers?
Till the economic liberalisation in 1991, cooperatives grew in a protective environment without any competition. And this phase made India one of the largest milk producers in the world. Now these cooperatives that we had set up in last 50 years are failing us because politics is overtaking them. Barely 15 per cent of our villages have cooperatives. The private sector is entering only where cooperatives were established to exploit the existing infrastructure. They are not tapping the potential of other villages and promoting milk production there. This will lead to a milk crisis.

How healthy is such competition?
When a cooperative organises producers into a structure, they invest time and effort which the private sector is reluctant to do. We want the private sector to set up institutions in villages and get linked to the producers to get good quality milk and not buy from middlemen or contractors where you do not know what they are doing.