Human encounters with new viruses have increased significantly in the past decade, says Nirmal Kumar Gali from Hong Kong University of Science and Technology

Ever since its discovery in China in December 2019, the novel coronavirus (SARS-CoV-2) has befuddled many scientists with its ferocity and dexterity. A zoonotic virus, its origins still remain a mystery.

Down To Earth spoke to Nirmal Kumar Gali, research associate, Division of Environment and Sustainability, Hong Kong University of Science and Technology, to try and understand how the virus and others of its kind work when they encounter the human body. Edited excerpts:

Ishan Kukreti: Could you explain the factors that make it possible for viruses to jump from animals-to-humans and also, from humans-to-humans?

Nirmal Kumar Gali: Though viruses are grouped under the category of microorganisms, they can as well be called non-living organisms with pathogenicity.

Unlike bacteria and other microorganisms, viruses need a host for their propagation. They consist of a protein envelope with encapsulated genetic material that is incapable of replicating on its own.

Hence, a living being is required for viral propagation. Our thinking needs a revision at this point.

Let’s take the example of the coronavirus family. There are four viruses from this family that humans are affected with and the illnesses caused by them are not life-threatening ones.

However, three new viruses belonging to this family have emerged in the recent past. They are SARS-CoV, MERS-CoV and currently SARS-CoV-2.

These viruses didn’t originate in humans. Instead, we acquired them from other wild animals and hence we refer to them as zoonotic in nature.

The virus spillover between species is a complex process and research is still underway to explain it. But from a social point of view, deforestation and a propensity towards game meat are the main factors affecting the virus spillover.

From a natural perspective, deforestation will cause wild animals to intrude into human-dominated areas, leading to more encounters with human beings.

With little knowledge about wildlife health, such encounters will result in high risks, though it will be a secondary impact. 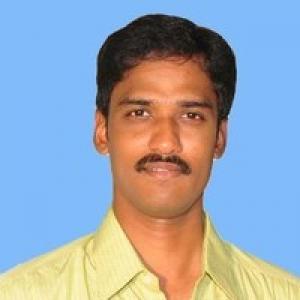 However, the enthusiasm for game meat will have a primary impact on human health, as the risk of encountering viruses of unknown aetiology will always be serious.

Once a zoonotic virus gets adapted to human machinery through mutations, its transmission among humans is carried forward by their unhygienic behavioural patterns that include improper sanitisation of working and living places, cross-exchange of food materials, lack of attention towards daily personal activities, etc.

Until these natural and human behavioural practices don’t improve, future spillovers of viruses are inevitable.

IK: Has there been an increase in the human-to-human transmission of viruses? Why do you think this is the case?

NKG: In the recent past, human encounters with new viruses have been in the logarithmic phase. The virus encounter rate has increased significantly in the past decade.

Downplaying one’s personal hygiene and increased zeal towards wildlife consumption are the major reasons for this spike in virus encounters.

While human beings have become modern, they seem to have forgotten the basic rules to maintain a good civilisation.

NKG: All living creatures have some sort of defence system built into them to protect themselves against invaders.

While the morphological features of a living being pose physical dominance, specific intracellular cells promote dominance over invading pathogens and we call this the immune system.

Both, wild animals and human beings, that are classified as vertebrates, exhibit two types of immune systems — Innate immunity and adaptive immunity.

Innate immunity is non-specific, meaning it acts against any pathogens that enter the body by producing phagocytes and natural killer cells for pathogen degradation.

The adaptive immune system, limited to vertebrates, works with the innate immune system and produces lymphocytes to develop antibodies against invading pathogens.

These antibodies target the specific proteins present on the pathogens. The wild animals that get adapted to viruses over a period of time, develop an immune response to them and thereby become non-susceptible hosts or carriers.

Such viruses are called zoonotic. But when a human body encounters such a zoonotic virus for the first time, it triggers only the innate immune system and it takes a long time to kill the virus because it is not a specific reaction.

However, when the zoonotic virus has a second encounter with the human body, the adaptive immune system is triggered because the human body remembers the first encounter and develops antibodies against the pathogen.

Hence, the human immune system learns and develops over time to repeated infections. The best example of this is exposure to the chickenpox virus, where the adaptive immune system prevents adverse effects on a second-time infection.

NKG: In a recent investigation, we addressed the efficacy of airborne transmission of SARS-CoV-2.

While transmission through droplets from cough and sneezing are a common transmission route in many communicable diseases, our study focused on the airborne transmission of SARS-CoV-2.

While the TSP samples were used for viral RNA extraction and assessment, the size-segregated and deposition samples resulted in understanding viral particle size and its rate at which these particles get settled on the floor, respectively.

We found high concentrations of viral aerosol in Fangcang Hospital medical staff areas where the rooms are non-ventilated. However, low viral concentrations were noted in ICU rooms considering it had a high air exchange rate.

And the viral aerosol particles were in the size range of 0.25-2.5 microns. In phase 2, following rigorous disinfection strategies at five selected sites from phase 1, we found that viral concentration was undetectable.

Based on this, we proposed a virus transmission protocol that confirmed the existence of virus in aerosol, and steps to reduce the risk of exposure to the virus. The results were published in Nature Research.

NKG: Well, this is not completely true. Our research and another study published in NEJM has determined the existence of SARS-CoV-2 in aerosol form for at least three hours.

The infectiousness of such viruses in aerosol form is yet to be investigated.

As the virus is a non-living material, the environmental factors such as temperature, humidity, atmospheric oxygenated organic acids, atmospheric particulate reactive oxygen species, etc will determine its infective nature while in aerosol form.

So, at this point time, research is still underway and it will be too early to predict that the aerosol form virus is not infectious.

IK: Why is treating zoonoses like SARS, MERS and now COVID-19 so difficult?

NKG: As stated earlier, the adaptive immunity in humans is capable of generating antibodies against these viruses. But when isolated from humans, these viruses were found to undergo mutations at a rapid pace.

Generally, a virus takes over the control of human cell machinery to prepare its protein envelope and make copies of its genetic material.

In the process, the polymerase enzyme in the human cell that replicates the viral material, sometimes adds or delete nitrogen bases, leading to mutations in viral genetic material that finally results into a varied genetic sequence.

When such a modified genetic sequence is used by human cell machinery, a defunct or changed viral protein envelope is produced.

So, the protein molecule (spike protein) with which the virus bind to the receptor on human cells will also get changed, and it becomes difficult to target the virus then.

When the target spike protein on virus keeps altering, a suitable treatment procedure is not feasible and thus, it becomes difficult to promote a permanent cure.