‘Konkan’s rich biodiversity has lured poachers to its pangolins’

Vishwas Katdare is the founder of Sahyadri Nisarga Mitra, a non-profit operating for the last 26 years, mostly in Maharashtra's coastal Konkan region towards 'conservation for the benefit of environment and locals'. The non-profit was recently awarded a grant by The Habitats Trust, a foundation that works towards the protection and conservation of habitats. He spoke to Down To Earth about pangolin poaching in the Konkan. Excerpts... 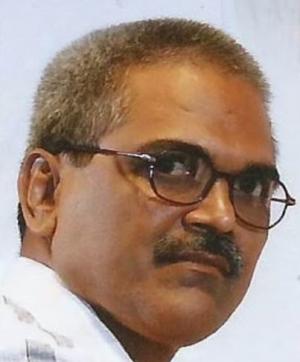 Q. When was the Sahyadri Nisarga Mitra founded? What is its mandate?

In 1992, a group of like-minded people came up with an idea to conserve nature all across the Konkan region. The idea was formalised on February 12, 1992, and gave rise to the organisation that is now the Sahyadri Nisarga Mitra (SNM). Its mandate is to conserve nature through community participation for a better future.

Q. Konkan is a relatively prosperous region. Still, there have been cases of forest officials coming across pangolin scales meant to be trafficked to Southeast Asia. What are the reasons for pangolin hunting in Konkan and who is doing it?

As you said, Konkan is a prosperous region. This prosperity in biodiversity is the reason that the chain of wildlife trade has reached Konkan.

Hunters and poachers enter the region as scrap merchants or daily labourers. Gradually, they meet with locals and inquire about pangolins. Or, they wander across the region to identify areas where pangolins are active.

It is really difficult for forest or law enforcement officials to monitor such nefarious activities because of the diverse landscape of the region and due to the low levels of awareness in the region or within the community. All this helps the poacher to get things done easily.

Our organisation’s educational activities in the region have increased awareness levels from last year onwards. Twelve aniamls were rescued by locals last year. Now, they inform forest officials and SNM whenever they rescue animals and hand them over to forest officials. After due procedure, the animal is  released in the wild. The forest department and law enforcement agencies always support us in the conservation of species.

What is your reaction to the seizures of two consignments of pangolin scales in Singapore in the last couple of weeks?

We were heart-broken when we came to know that approximately 40,000-45,000 pangolins had been killed for the scales, which are believed to have medicinal properties. However, pangolin scales are nothing but Keratin, a protein which also forms the skin and hair of humans. To those who believe that pangolin scales can cure ailments, I say, why not use your own skin and nails?

When will you be starting your survey of enumerating the population of the Indian Pangolin in the Konkan region?

The population estimation of the Indian Pangolin in the Konkan region is already going on with the aid of 43 camera traps. But it has been a difficult task so far given the animals’ nocturnal and shy behaviour.

Which other species do you track for conservation purposes and where?

In addition to pangolins, we also keep a tab on vultures, Olive Ridley turtles, White bellied Sea Eagles and Indian Swiftlets in the Konkan. We also study the breeding biology of various birds for their conservation.