Rajah Jayapal, senior principal scientist at the Salim Ali Centre for Ornithology, Coimbatore talks about the State of India's Birds 2020

Rajah Jayapal, senior principal scientist at the Salim Ali Centre for Ornithology, Coimbatore, is a collaborator with the State of India’s Birds 2020 report that was released on February 17, 2020, at the 13th Conference of Parties to the Convention on Migratory Species held in Gandhinagar. The report has noted that almost all species of Indian birds is on the decline. Jayapal spoke to Down To Earth. Edited excerpts:

Ishan Kukreti: How does the report’s methodology differ from elephant or tiger censuses?

Rajah Jayapal: The State of India’s Birds is a consortium of scientists and researchers — to analyse data provided by 15,000 birdwatchers from across the country. It is not a bird count as such, although we do count. But it follows a different methodology and protocol. 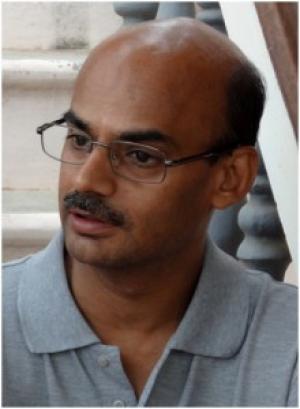 The primary criterion used is the frequency of reporting between 2000 and 2018. How many times a particular bird species was reported from a particular location during this time period? Has the reporting frequency gone up or down? This, then, is taken as an indicator for the actual abundance of the species.

In this sense, this report is different from the tiger estimation process where you count individual members of the species.

IK: More people in India watch birds these days. Does that have an impact on the results?

RJ: The analysis does take the increase in bird watcher numbers into account. This is done in various ways.

Ideally, the data should be gathered for 15 minutes to one hour. Each bird watcher has to use a list to fill the details of the birds spotted. As long as s / he records every species found in the area, we take it into account.

Further, we have a very strong filtering system. Every state has five to six senior scientists, who review lists. When the lists are reported, they go to the review queue and after the reviewers approve each, it goes into the public domain.

When we get the list for review, the first thing that we do is look at whether the identification is right or not. We have made filters for every region for the species that are found there.

Thus, if someone reports a Great Indian Bustard from somewhere in Haryana, that gets flagged immediately and review takes place. So, the data that you get in the end is very reliable as there is scrutiny by senior people.

IK: Is the State of Birds report government-backed?

RJ: It is not a government report, but a consortium of both government and non-government organisations. So there are government institutions like the Wildlife Institute of India and Salim Ali Centre for Ornithology and Natural History.

But there are also non-government organisations like the Bombay Natural History Society and Nature Conservation Foundation. It is a very good example of collaboration between government and non-government institutes to work on public data.

IK: What are the good, bad and ugly highlights of this report?

RJ: The take-home message is that urbanisation is the biggest culprit behind avian decline. Most of our common birds like house sparrows and bulbuls are declining. At the same time, such birds doing very well in rural and agricultural landscapes.

What is worrying is that some species like raptors or birds of prey such as falcons, kites, eagles, vultures and harriers have seen a drastic decline. If raptors are declining, it means something is wrong with the ecosystem as raptors are habitat specialists. This implies the other species in that ecosystem will also be impacted.

Interestingly, we found that the population of forest raptors is more or less stable. But their counterparts from the open arid grasslands and deserts have been very badly hit.

For instance, black-winged kites have declined. We don’t know what the exact reason is, since the report doesn't go into that. But we suspect it could be a decline in the rodent population, which is the prey base for the species. It could also be because of pesticides.

RJ: Yes, some species like the Red Knot, Great Knot, Temminck's stint and the little stint. The last two are common on the coastal mud flats of India. Till 5-10 years ago, we used to see them in the hundreds along the coast.

But in the past 3-5 years, I’ve seen very few Temminck's stints in inland wetlands and Little Stint in coastal ones. This is now being recognized globally.

The reason could be the conversion and development of mud flats. It’s like the case with grasslands. They are seen as wastelands and the ideal place to undertake developmental activities.

The same is the case with coastal mudflats that are being developed into special economic zones or ports. Mudflats are often viewed as waste lands, but they very important for migratory and stop-over species.

After the 2004 Indian Ocean tsunami, people started planting mangroves in mudflats, as they thought these would provide protection. The intention was good, but the outcome has been bad. Mudflats have been converted into mangrove plantations.

RJ: Actually, ornithology has always been known as a citizen science. If you look at the major contributions in Indian ornithology, they did not come from science, but from amateurs and bird watchers.

In fact, citizen science has also shown the way forward for other taxa as well, like butterflies.

Even with road kills, citizen science initiatives are being prepared so that people can report such kills. There are many mobile apps and people are comfortable using them, so there is a great potential here.

Even 50 or 60 researchers cannot gather such data. This is a classic case of how we can engage the public. Indeed, the 15,000 bird watchers who have submitted data for this report include school and college students, housewives and doctors.