Kuno not ready ecologically at the moment to accept cheetahs: Faiyaz Khudsar

Down To Earth speaks to scientist Faiyaz Khudsar to get a perspective on Kuno-Palpur, where African cheetahs will be introduced first

A cheetah chases a warthog in South Africa. Photo: istock

India has been in talks to get 8-12 cheetahs from South Africa in the end of November. The plan is to introduce them to the Kuno National Park in Madhya Pradesh. The National Tiger Conservation Authority has been asked to oversee this process surprising many.

The cheetah was declared extinct in India in 1952. Since then, the grasslands of the country, of which the cheetah was the keystone species, have also disappeared. The proponents of the project have stated that one of its aims is to revive the grassland ecosystem of India.

However, others have questioned the project and even opposed it. They say the project is not a re-introduction but an introduction since it involves an alien species, namely the African cheetah.

Other questions that have arisen are about Kuno itself. The protected area is largely dry, deciduous forest. Will African cheetahs who are more used to the savannahs of that continent adapt well to Kuno? What will they prey upon? What will be their equation with resident predators?

Down To Earth took such questions to Faiyaz Ahmad Khudsar, a wildlife biologist who worked for several years in Kuno-Palpur. He is of the view that while the project to bring the cheetah to India is well-intentioned, Kuno is not yet ready ecologically to receive the animals. Edited excerpts:

Rajat Ghai: What was the preferred habitat of the Indian cheetah when it had not been killed to extinction? 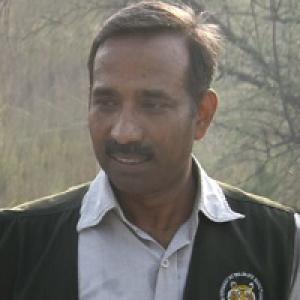 Faiyaz Khudsar: If you look at the area of Koriya in present-day Chhattisgarh, where India’s last cheetah was killed, it had a very specific habitat type.

It was mostly grassland and scrub forests, with enough prey base. This was the typical habitat for the cheetah.

African cheetahs, on the other hand, live in shrublands and savannahs. The last surviving Asiatic cheetahs in the world are restricted to the deserts of eastern Iran.

RG: Will Kuno-Palpur be a conducive habitat for African cheetahs that are going to be imported?

FK: Kuno was never seen as a prospective home for cheetahs. It was being managed to receive Asiatic lions. There is a difference between the habitat required by cheetahs and Asiatic lions.

Kuno is not ready ecologically at the moment to accept the cheetah.

RG: What kind of changes have you seen in Kuno’s landscape over the decades?

FK: There is a general perception in our conservation strategies that most of the grasslands, especially in central India are ‘cultural’.

This means official intervention was required to relocate and rehabilitate people from these areas, following which they became grasslands with heavy inputs.

But when you look at Kuno, the farmlands there were never looked upon as prospective grasslands.

Over time, these farmlands have been taken over by plants that are woodland species such as Ziziphus nummularia or Jhar Beri, Acacia leucophloea or Reonj and Dichrostachys sinerea or Birbira. These farms are now woodlands.

RG: Can these cheetahs bring any kind of diseases to local animals?

FK: Several zoonotic diseases have originated in Africa. These then spread to other parts. The carriers were mostly mammals such as bats and primates. It is too early to say what will come this time. But we must take all precautions.

RG: Will they have enough of a prey base?

FK: If you look at 20th century documents, they note that Indian cheetahs were largely dependent on blackbucks and chinkaras, sometimes on chital and rarely on nilgai.

I remember when I used to work at Kuno, there were two small populations of blackbucks. One was near Poh Ki Nimai while the other was near Manakchowk.

These disappeared over the years as I worked there. The open areas were taken over by tall grasses like Themeda triandra. The grasslands slowly became shrubland and finally, woodland. Hence, now, there is no blackbucks in Kuno.

Chinkaras were found in good numbers at one time. In 2004, I collected data according to which there were four-five chinkaras per square kilometre in Kuno. After two-three years, it was 6-10 per sq km.

Slowly though, the chinkaras too disappeared. The last report, in 2016, suggested that there were 0.9 chinkaras per sq km. This means the prey base is very weak. And it is not that people have killed these animals. They have gone out due to ecological succession.

Another prey species, the chital, is also decreasing in group size.

RG: Will the cheetahs that are brought be able to co-exist with tigers and leopards?

FK: There is this concept of guilds in ecology. A guild is any group of species that exploit the same resources, or that exploit different resources in related ways.

There will be intra-guild competition between the big cats in Kuno. More aggressive predators such as tigers and leopards will compete with the cheetahs. They may be driven to the outskirts of the park, where they could come into conflict with humans.

RG: What will be the effect of the cheetah introduction on the Asiatic Lion project?

But now that we are bringing in African cheetahs, more time, attention and resources will be directed towards them. Consequently, the Asiatic lion project will be delayed.

RG: What about the Sahariya tribals who were displaced?

FK: They have been relocated and rehabilitated and are getting on with their lives. But whenever I visit them, they ask a poignant question: We were displaced for the lions. But they have still not come. When will they come?