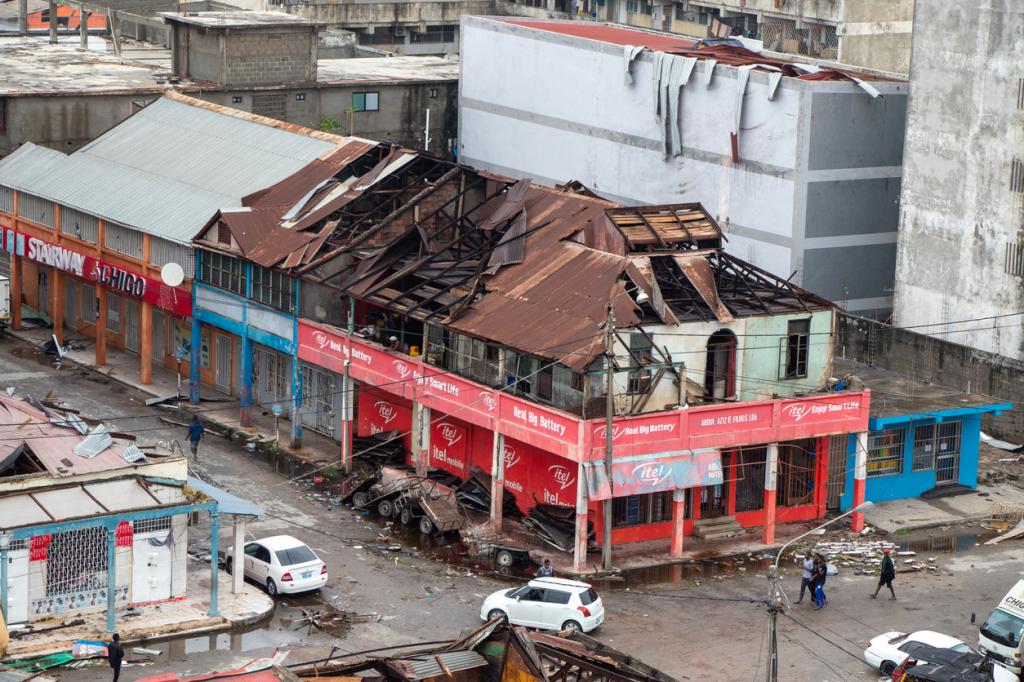 Mozambique is one of the most vulnerable countries to climate disasters and ranks 154 out of 181 countries in the Notre Dame Global Adaptation Initiative (2016) that measures vulnerability to climate change.

The African country has been hit by climate-related hazards such as droughts, floods and cyclones, causing displacements and disruption of livelihoods.

From the beginning of 2022, Mozambique has been battered by tropical storms and cyclones along its northern coastal areas. These have affected thousands of families, including refugees and people internally displaced by the ongoing violence.

Tropical storm Ana made landfall in the southeast African nation January 24, 2022, destroying hundreds of homes, affecting 180,869 people, injuring 207 people and killing at least 38. Provinces of Nampula, Zambezia and Tete were significantly affected and a total of 70,982 hectares of land was flooded.

Mozambique, the third-poorest country in the world, contributes 0.02 per cent of the world’s carbon dioxide emissions each year. But year after year, it is devastated by climate disasters.

On March 11, 2022, cyclone Gombe made landfall, impacting the country’s central provinces. It affected more than 736,000 people, including those in the Corrane site for internally displaced people and refugees in Maratane settlement.

In Maratane, 80 per cent of shelters were damaged, according to reports. More than 27,000 refugees, asylum-seekers and host community members are still in urgent need of assistance.

Mozambique has been struck by droughts as well due to climate change, which has devastated Mozambique’s agriculture. Roughly 70 per cent of the country’s population relies on climate-sensitive agricultural production for their food and livelihood.

The intensity of storms, droughts and floods are likely to put pressure on agricultural income, undermining 25 per cent of the country’s economy, 70 per cent of livelihoods as well as the food and nutrition security of the whole country.

An estimated 6,000 people have been recorded as newly displaced, following a resurgence of conflict in Cabo Delgado and Niassa provinces of Mozambique in 2022.

This violence has prevented UN agencies and other humanitarian partners from accessing people in need.

An UNHCR senior-level mission visited the country from April 24–May 1, 2022 to assess how UNHCR and partners can scale up protection and assistance for the people affected by conflict and climate shocks in Mozambique.

Mozambique faces these twin challenges in an invisible crisis, while humanitarian operations are restricted by chronic underfunding, Grainne Ohara, director of the division of International Protection of the United Nations High Commissioner for Refugees, said at a press briefing.

UNHCR has been responding in areas affected by Gombe and other storms, providing shelters and household kits to affected communities and conducting repairs to schools, health clinics as well as other key infrastructure.

Along with the Government of Mozambique and its partners, UNHCR has provided legal assistance to 21,500 people from both displaced and host communities in Cabo Delgado. It reached some 55,000 people with gender-based violence prevention and response awareness campaigns

UNHCR’s operations in Mozambique were only 11 per cent funded as of March 2022, out of a total of $36.7 million (Rs 23.3 crore) required to deliver life-saving assistance.