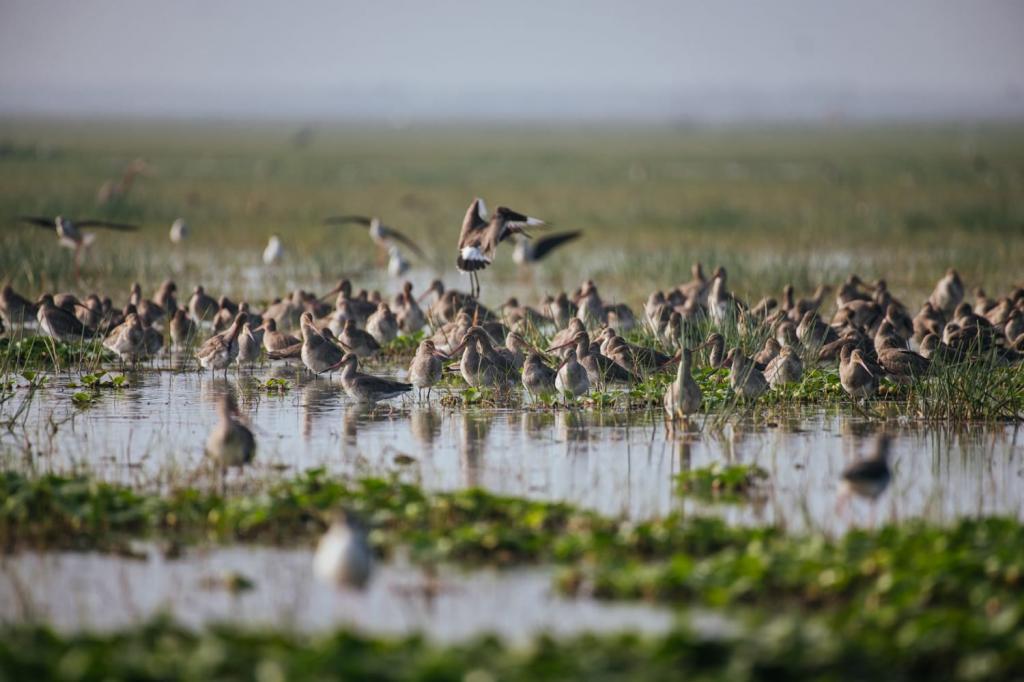 Most of the waterbird populations, protected under the African-Eurasian Migratory Waterbird Agreement (AEWA), are now facing serious threats, according to a new report.

The species are impacted by the 38 threats — including shifting and alteration of habitat, invasive alien species, unsustainable harvest and poaching, dams and water management.

Climate change adds even another burden on top of these pressures, AEWA’s flagship study, ‘Report on the Conservation Status of Migratory Waterbirds in the Agreement Area’, added.

The report was released at the Eighth Session of the Meeting of the Parties to AEWA, opened in Budapest September 27, 2022.

Some 41 per cent of all waterbird populations protected under AEWA are now declining, it stated.

The decline in waterbird populations in the short and long term is 40 per cent higher than the increase. This proportion has not changed substantially over the last 15 years. Some 29 per cent are stable and 30 per cent are increasing.

The proportion of decrease in AEWA waterbird population is higher in central and southwest Asia and eastern and southern Africa.

AEWA protects 255 species of migratory waterbirds that cross international borders and are ecologically dependent on wetlands for at least a portion of their annual cycle.

The report recommended several measures to enhance the population of migratory waterbirds:

Some 13 per cent of the AEWA species are globally threatened. Four are critically endangered. Nine are endangered and 20 are vulnerable, according to the International Union for Conservation of Nature.

The report provides essential insight into the status of implementing the AEWA Strategic Plan for 2019-2027. AEWA lays the legal foundation for internationally coordinated conservation measures and is implemented through strategic and targeted action plans for Africa.

It includes valuable information on the six purpose-level indicators designed to improve the state of waterbird populations by 2027.

Alarmingly, negative changes are being reported for several of the indicators. On the flyway level, the implementation of AEWA is sliding backwards from the 2018 levels.

Both the plans are designed to align with the United Nations Sustainable Development Goals and Global Biodiversity Targets.