Relief to pour in Kerala 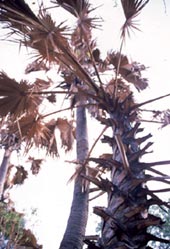 in a major shift, the Union government is contemplating changes in its drought relief norms to accommodate Kerala's claim of compensation for perennial crop loss during the dry spell in the state in 2003. At present, only losses in seasonal crops are considered for relief. Perennial crops, most of which are cash crops, are outside its ambit.

In the past two years, the state has suffered severe losses of perennial crops such as coconut, coffee, pepper and cardamom, particularly in the four districts of Palakkad, Wayanad, Idukki and Alapuzha (see: 'Water Woes In Wet Kerala', Down To Earth, May 31, 2004). The deprivation was so acute that at least 100 debt-ridden farmers committed suicide. Though the Kerala government demanded Rs 3,841 crore as damages, the Union government team that visited the state in February 2004 did not recommend any special package for it. But now the Union government is considering amendments in the rules, a senior official in the Union agricultural ministry, who did not want to be named, told Down To Earth.

In March 2004, the Union government approved Rs 49.04 crore from the national Calamity Contingency Fund for drought-hit areas of 10 states but not of Kerala. On August 11, 2004, Union agriculture minister Sharad Pawar even said that Kerala would not get additional funds, as cash crops were not a priority in the national drought relief operation. This remark raked a controversy and members of parliament from Kerala, cutting across political affiliation, raised the issue in parliament.

Pawar's about turn was evident later as he said the central teams visiting states to assess losses in the drought were unable to realise the gravity of the situation in Kerala because it presented a greener look compared to the north Indian states. "The conventional parameters are not helpful in assessing the loss in Kerala, as the impact of drought on perennial crops is not felt immediately. The team would examine the state's request for drought relief keeping this in mind," he said in a statement. He ordered fresh inspection by a new team, which visited the worst affected districts in the last week of August 2004. This team decided to recommend financial assistance for the farmers. The government is expected to announce the relief measures by September 10, 2004.