More than 80% of 1,594 participating farmers reported an increased crop yield and farm income, according to the study 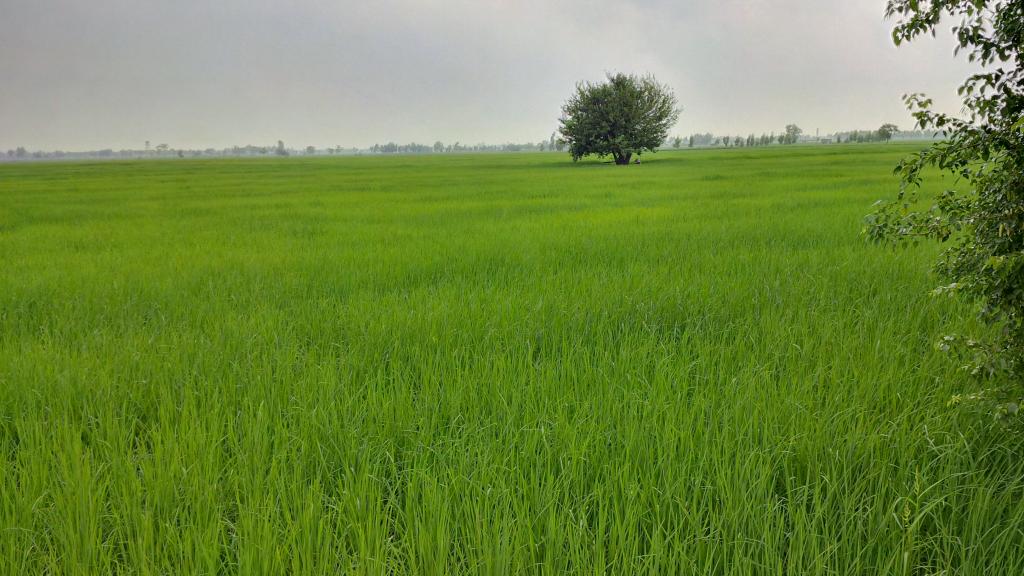 These were the findings of a study conducted between 2013 and 2017 during rice and wheat cropping seasons, published in Nature Scientific Report in January 2021. An international team of scientists led by International Maize and Wheat Improvement Centre (CIMMYT) compared 1,594 farms in Haryana, Punjab and Bihar.

Reduction of excess nutrient application and balanced fertiliser use are the key mitigation options in agriculture.

Trial at each farm had two paired plots — one with a fertiliser recommendation determined by a digital nutrient tool — Nutrient Expert (NE) — and the other with FFP. The application rates of Nitrogen (N), Phosphorous (P2O5) and Potash (K2O) were studied in each comparison trial in rice and wheat fields under NE and FFP.

FFP are the traditional farming practices adopted by farmers depending on their knowledge and experience.

NE was developed in 2013 by International Plant Nutrition Institute in collaboration with CIMMYT, and the International Institute of Tropical Agriculture (IITA) and provides nutrient recommendations for individual farmer fields in the absence of any soil health data.

Overall, the NE-based recommendations reduced nitrogen input by 15-35 per cent, increased grain yield by 4-8 per cent and reduced global warming potential by 2-20 per cent. More than 80 per cent participating farmers reported an crop yield and farm income, according to the study.

Excess and improper use of nutrients in crop production has many implications on environment, food security as well as farmer’s livelihoods in the form of greater costs involved. Improving nutrient use efficiency is, therefore, critical, the report underlined.

“Rice and wheat are the major crops grown in India and consume 50 per cent of the fertiliser used in the country. The study in India was particularly important because India consumes 14 per cent of total fertiliser use globally but its nitrogen use inefficiency is one of the lowest in the world. This is mainly driven by imbalanced and inadequate use of nutrients given the skewed government’s subsidy on nitrogenous fertiliser than on other nutrients.”

The study found a significant reduction in the amount of nitrogen use in both rice and wheat crops compared to the FFP. Similarly, phosphorus input was also lower under NE-based recommendations than FFP, except for rice in Western IGP.

The study also observed that several farmers in the IGP region were not using potash on rice and wheat crops and therefore, the input was higher under NE than under FFP.

In general, farmers did not use potassium fertiliser, which leads to an imbalance in nutrients and which ultimately reduces the efficiency of other applied nutrients.

The NE tool estimates the attainable yield through information provided by farmers about growing conditions, determines the nutrient balance in the cropping system based on yield and nutrients applied to previous crops, and combines such information with soil characteristics to predict the crop response to nitrogen, phosphorous and potash. It then generates nutrient recommendations specific to that field.

This reduced overall input, the study said, reduced costs for farmers. It also led to lower global warming potential (GWP) and associated greenhouse gas emissions. Fertiliser management can lower GWP by about 2.5 per cent in rice and between 12 and 20 per cent in wheat over FFP, the study noted.

The study established that adoption of NE-based fertiliser recommendation practice in all rice and wheat acreage in India would translate into reduction in greenhouse gases of 5.34 million tonnes carbon dioxide equivalent per year over farmers’ current practice.

It also said there was an increase in rice and wheat production by 13.92 million tonnes and 1.44 million tonnes respectively with less fertiliser use.

Compared to FFP, NE reduced the total fertiliser cost for many farmers (45 per cent in rice and 49 per cent in wheat). The reduction came mainly from reduced nitrogen application.

Moreover, at least 64 per cent of rice growers and 77 per cent of wheat growers realised yield increases despite the reduction in nitrogen application on both crops.

“Only 15 per cent rice growers and 12 per cent wheat growers experienced yield losses due to NE, but with decreased nitrogen application, probably because the farmers were applying nitrogen beyond the economic optimum,” the research said.