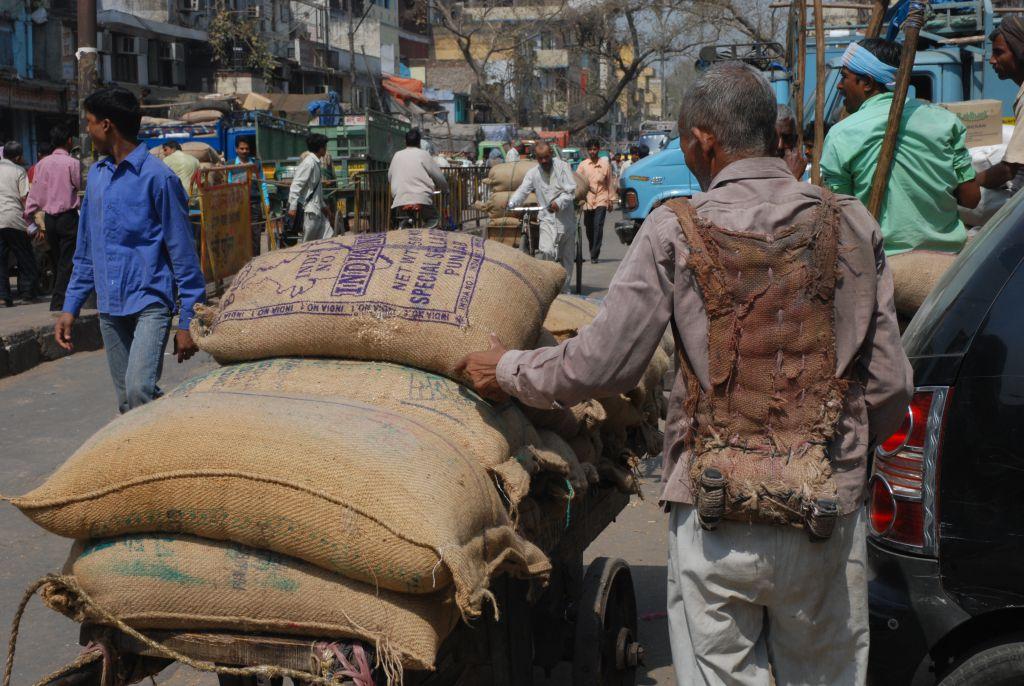 The Union government has procured and stored record amount of food grain since 2018. Yet, farmers have not been getting a fair price for their crop. And a huge part of the country’s population is unable to access the food grains.

Meanwhile, the Commission for Agricultural Costs and Prices (CACP) has recommended the Union government to purchase crops at remunerative prices from other agricultural states, instead of just Punjab and Haryana.

Agricultural experts believe the recommendation supports the demand of farmers who have been asking for a minimum support price (MSP) for their crop.

The Commission warned in its recent report Price Policy for Rabi Crops: The Marketing Season 2022-23 that the grain storage has exceeded the buffer stock due to open procurement of wheat and rice. It has recommended the Union government to procure food grains from farmers at MSP.

It added the government should focus on reducing surplus stocks of wheat by increasing both domestic off-take and exports. It also suggested increasing the diversity of crops (pulses-oilseeds and nutritious cereals).

The agriculture sector helped India tide over the economic crisis fuelled by the novel coronavirus disease (COVID-19) pandemic. Export of food grains played a big role in averting the crisis.

While the country is looking to export its surplus to look into the problem of storage, international countries have been objecting to India’s subsidies under global trade rules and export of grain taken in storage under the public distribution system (PDS).

Biswajit Dhar, professor, Center for Economic Studies and Planning in the School of Social Sciences, JNU, told Down to Earth that when grain was in abundance in the market as well as mandis, prices often went down. The procurement mechanism (MSP) prevents the prices from falling and provides remunerative price to the farmers.

“Commodity prices may fall further due to surplus and record production as several states still don’t have the provision of MSP.  I believe there should be a healthy competition between government procurement and free market. The government must increase the coverage it currently has for purchases on MSP.”

Agriculture expert Devinder Sharma told DTE that the demand of the law to guarantee MSP means that no crop should be bought below that specified price.

The commission recommending MSP has asked the Union government to increase the procurement of wheat at remunerative prices in Uttar Pradesh, Rajasthan and Bihar, besides reviewing storage norms in the Food Corporation of India (FCI) central pool in line with the existing consumption and demand.

The commission said in its report:

“Despite additional distribution of food grains through Pradhan Mantri Garib Kalyan Anna Yojana (PMGKAY III), the stock of wheat in the central pool as on June 30, 2021, was more than double the buffer stocking norm.”

The FCI fixes norms of buffer stock on a quarterly basis. According to these figures, the storage of rice and wheat increased almost 10 per cent in July 2021 (both COVID-19 affected years) compared to July 2020, although the buffer stock was almost double the normal during these years.

The Commission added the price support operation can be made effective only through a sound procurement mechanism. It added in its recommendations that Uttar Pradesh, Rajasthan and Bihar have surplus markets in wheat production in the country (23.6, 10.3 and 6.3 per cent repsectively), but the share of these states in government procurement of wheat was very less.

Therefore, to ensure remunerative price to farmers in these states, procurement operations should be strengthened by opening more procurement centers and creating awareness among farmers about storage in local / scheduled languages.

Dhar said the problem arising out of open procurement was a result of poor coordination between procurement and public distribution of food grains.

“The government will have to look very carefully at this point. Only 30-32 per cent of the total consumption of food grains in the country is procured at MSP. That is, one-third of the total food grains purchased. At the same time, the government has been promising to provide cheap food grains to two-thirds of the population under the schemes. It is not possible,” he said.