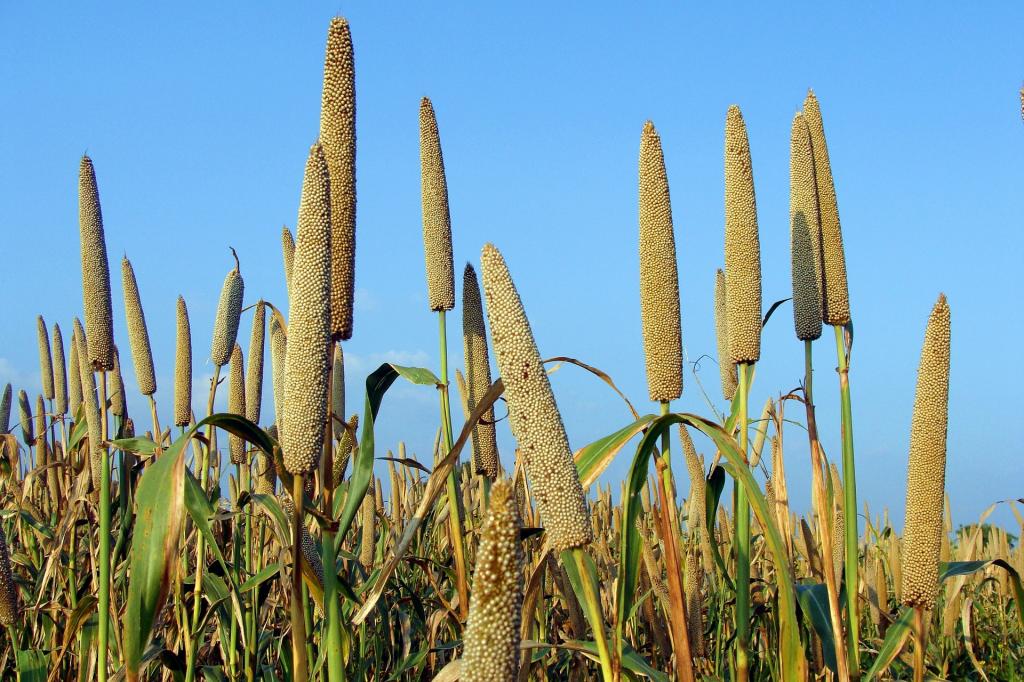 Climate change has affected the production of wheat and paddy in the country, indicating a need to shift focus to coarse cereals. Cultivation of the two crops will not be enough to meet the country’s food needs due to erratic weather patterns, a senior central government official recently observed.

The remark was not made by a climate scientist but by the secretary for the department of food and public distribution (DFPD) under the Centre, Sudhanshu Pandey. The observation indicated the central government has realised that depending on just wheat and rice to provide rations to the poor under the National Food Security Mission is not enough. There is a need to look for alternative food grains.

The production of wheat has been low this Rabi season, indicating a crisis. However, a DFPD statement August 21, 2022, claimed the country has sufficient wheat stock to meet the domestic requirement.

Sustainable agriculture practices also require a shift in usual farming methods from just wheat and rice, said food policy analyst Devinder Sharma. “It has become imperative that the country adopts sustainable farming systems. Coarse cereals must be promoted for it,” he said.

A meeting was organised by DFPD August 30, 2022, to discuss the procurement of the Kharif produce for 2022-2023. Food secretaries of all states and Food Corporation of India officials also attended the meeting.

However, wheat procurement after the Rabi season this year was much lower than the target. Therefore, rice quantity in the Kharif market might be affected as well. Some states in the meet suggested procuring coarse grains to meet the requirement.

The officials decided to acquire 1.37 million tonnes of coarse cereals, also known as superfoods, from the Kharif market. The total procurement of coarse grains till now has been 0.63 million tonnes — meaning its target has been more than doubled.

Karnataka purchased the maximum amount of coarse grains through July 31, 2022, according to Food Corporation of India data. The state procured 0.5 million tonnes of the superfood grains.

Read more: Monsoon 2022: Jharkhand farmers give up on paddy harvest due to scanty rains

Erratic monsoon 2022 has increased the government’s concern for the Kharif season yield. The sowing of paddy and pulses was severely affected in most areas this year.

Even the sowing of oilseeds has decreased slightly this year. However, the sowing for coarse grains has increased.

Acreage for maize has also increased slightly. Last year, maize was planted in 7.9 million hectares, while this year 80.85 lakh hectare has been planted this time.

Earlier, 67,019 tonnes of coarse grains were allocated in Karnataka and 14,500 tonnes in Madhya Pradesh under the Act.

The question remains whether growing more coarse cereals will benefit farmers. “This is a big question. The government should make it mandatory for Farmers Producer Organizations (FPOs) to buy at MSP only,” said Sharma.

About 50 million tonnes of coarse cereals are produced in the country at present. Maise and millets are grown the most.

The production of Bajra this year is likely to be 9.62 million tonnes, as against 10.50 million tonnes last year, according to the Union agriculture ministry’s Fourth Advance Estimates for 2012-22. Production estimates of the current Kharif season will come later.