How useful really are mobile apps for farmers?

A review which looked at 23 studies of information services in Africa, Asia and Latin America found that perceived benefits were not always borne out by tangible evidence 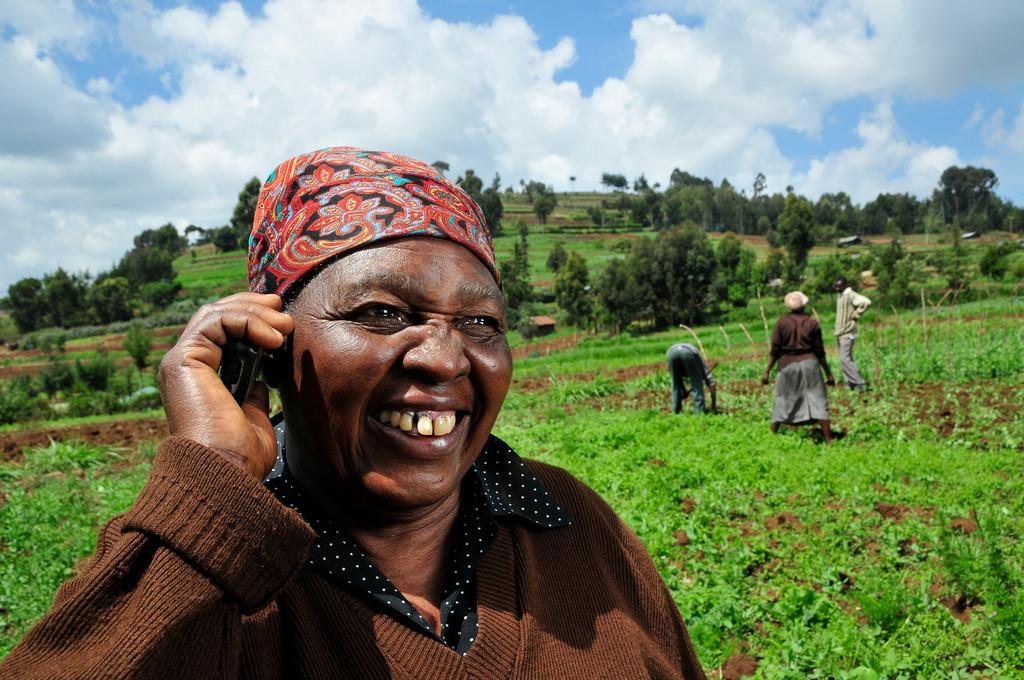 Developers’ failure to look at the context in which farmers use these services means many are underutilized. Credit: CIAT/Flickr

A review of research on how information services based on mobile phone technology can improve the lives of farmers has found only patchy evidence of success.

The review, which looked at 23 studies of such services in Africa, Asia and Latin America, found that although users often reported improvements, these were perceived benefits not always borne out by tangible evidence, such as changing trading patterns and price gains.

Mobile phone services for farmers comprise text message services, helplines and apps that provide information on training or weather forecasts, as well as accessing markets, financing and inputs such as fertilizers.

Developers of these services, funders and others believe these services hold promise for developing world farmers — to help them improve their yields, for example, or achieve stronger negotiation positions when taking goods to market.

But Heike Baumüller, a researcher at the Center for Development Research of the University of Bonn in Germany, who conducted the review, says that developers’ failure to look at the context in which farmers use these services means many are underutilized. Some of the data shows usage rates dropping among women, for example, or recommendations not acted on due to logistics.

“There are only a few studies looking at who is using these services and what the needs of users are,” explains Baumüller. “If developers don’t understand how a service fits into farmers’ lives, it can easily happen that these services aren’t effective.”

Pricing information for different markets is one example, she says: This would not help farmers if bad roads or lack of transport prevents them from accessing those markets.

The review, published in the January issue of the Journal of International Development, found that most studies of mobile services relied heavily on farmers’ perceptions, rather than independently verifiable data. In addition, studies rarely differentiated between men and women, even though in many countries there are stark gender differences in access to technology and money.

Some developers have recognized the problem of ensuring mobile services take context into account. James Legg, a Tanzania-based plant virologist at the International Institute of Tropical Agriculture, has spent two years working with field researchers and software developers to improve an app to diagnose cassava diseases.

“The first factor for a successful application is obviously that farmers can access and use it,” Legg notes. “So, you need something that is free and in their own language.”

Baumüller says developers should also start developing apps and information sources that address wider community problems. There is room for apps targeting transport providers and market brokers, she says, which would help farmers by enabling bigger companies to buy from them.

“Mobile services can be useful elsewhere, and still a farmer would profit,” says Baumüller. “If you want to support smallholder farmers, you don’t have to make their world so small.”

The review suggests that future studies should include datacollected by independent investigators. It also says more studies should assess different usage patterns and how these develop over time, rather than just counting users versus non-users at a specific point in time.

Michael Kende, a former chief economist of the advocacy organization the Internet Society, agrees that there are knowledge gaps. Part of the problem, he says, is that mobile app stores and developers have no obligation to share usage data with researchers.

“It is hard to put a finger on what makes an app successful,” says Kende. “But I think that it has to be designed and tested in the local context, using local networks to make sure it is relevant and that it works.”

This article was originally published on SciDev.Net. Read the original article.