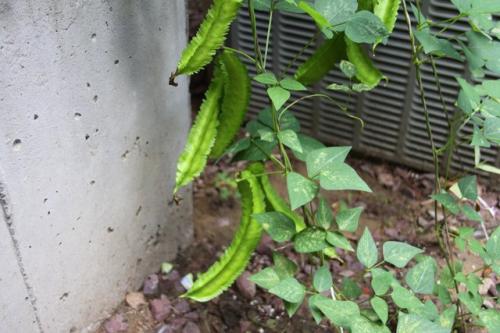 A feat achieved by researchers in a Lucknow laboratory can help India overcome intermittent shortages in production of pulses or dals.

Scientists in the National Botanical Research Institute (NBRI), a constituent laboratory of the Council of Scientific and Industrial Research (CSIR), have managed to knock off certain undesirable genetic material from a wild variety of legume crop making its grains edible and nutritive.

Winged beans (P. tetragonolobus), also called Goa beans, is a highly nutritious legume crop that normally grows wildly. It is also cultivated in a small way in western and northeastern parts of the country. Almost all parts of this plant – leaves, pods, seeds and tubers – are edible. As thenutrients this legume offers are very similar to those present in soybean, it is also billed as soybean of tropics.

Despite its high nutritional value, the legume is inedible beyond a limit. This is because a certain class of anti-nutrients called condensed tannins present in the plant can induce flatulence and stomach disorder, says Dr Chandra Sekhar Mohanty of NBRI, who led the study.

Now, NBRI researchers led by Dr Mohanty and their counterparts of the biotechnology department of the Kumaun University in Nainital, may have found a way to reduce, if not completely rid of, condensed tannins – whose primary job is to confer protection against predation and pathogen attacks – in winged beans.

Their research work, which appeared recently in the journal Scientific Reports, has shown that it is possible to knock off genes that are responsible for the production of condensed tannins. “It would be ideal to produce a variety of winged bean which is high in protein content but less in condensed tannin,” says Dr Mohanty. To do this, the scientists are planning to use a sophisticated technique called gene-silencing.

Over the years, the least attention being paid for improvement of legume crops in general orphan legumes in particular when compared with cereal crops of commercial important, he observes.  “Even though there are some 20,000 species of legumes, only 20 different types of legumes come to our daily diet for consumption,” says Dr Mohanty. (India Science Wire)