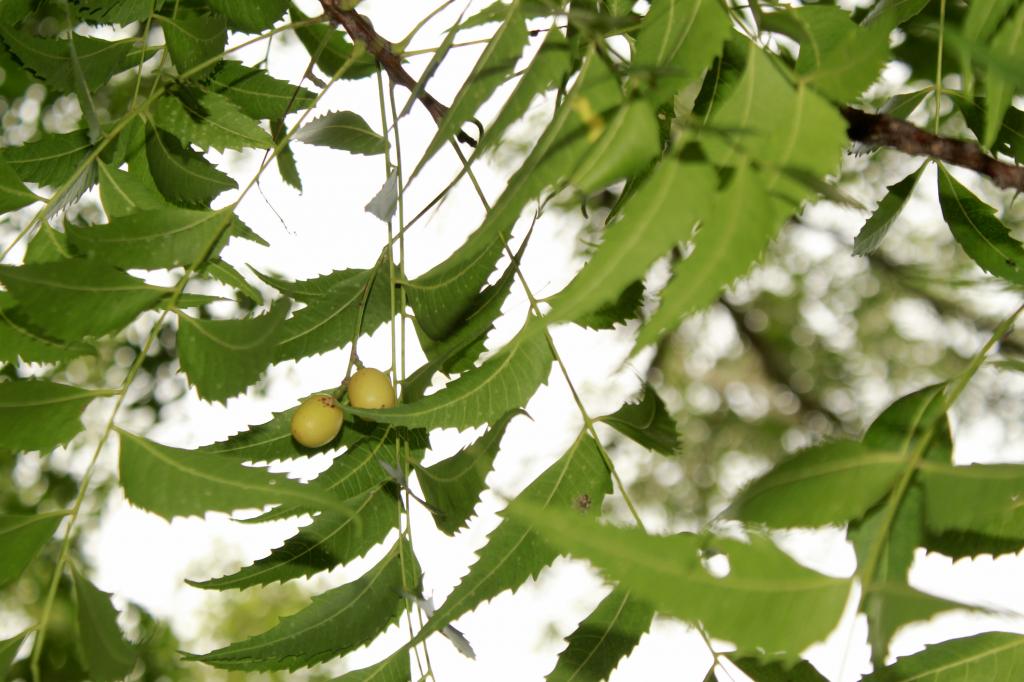 The neem plant, Azadirachta indica, is known to contain a potent phytochemical Azadirachtin-A (Aza-A) that can ward off several pests. Scientists from India and Germany have now deciphered the mechanism by which Aza-A does this. Their research on cotton bollworm reveals that the phytotoxin acts in multiple ways to suppress growth of the pest.

Cotton bollworm (Helicoverpa armigera) is a dreaded pest attacking several crops of economic value and has become resistant to most insecticides in use.

Unlike synthetic pesticides which target a single protein, Aza-A aims several proteins in pests. This, in turn, triggers actions that change their feeding habits and metabolism, thereby arresting their growth.

Two sets of the insect larvae were reared — one fed on a diet with Aza-A and the other without it. Aza-A was extracted from neem fruits. By using a technique called MALDI-TOF Imaging, researchers examined the distribution of Aza-A in the larvae of the pest.

“It revealed that the neem extract vigorously attacked the worm’s key enzyme JHE (Juvenile Hormone Esterase), which is involved in metabolism and its growth. The presence of the phytotoxin made worms engage in the detoxification process, changing the way they used their energy, which, in turn, affects their metabolism, feeding habits and growth,” explained Vishal Dawkar, lead researcher, while speaking to India Science Wire.

Even a small amount of Aza-A could alter primary metabolism in the insect. Metabolomics analysis performed on the larvae showed that the worms underwent various changes in response to the toxin. In some, the moulting phase was arrested, while in others, there was stunted growth. The whole larvae burst upon ingesting Aza-A diet in some cases.

This suggested that Aza-A could have several targets for its toxic mode of action. Aza-A metabolites produced in H. armigera could also inhibit the activity of vital enzymes. In all, over 35 such metabolites have been identified. “Aza-A has a complex structure, and it has taken several years to understand it. Owing to this complexity, it cannot be synthesised in the laboratory. However, the metabolites can be. By exploiting this, we can develop broad-spectrum bioinsecticides,” said the scientist.