Even as pollinator populations are declining globally, data about them, especially in the developing world, is insufficient 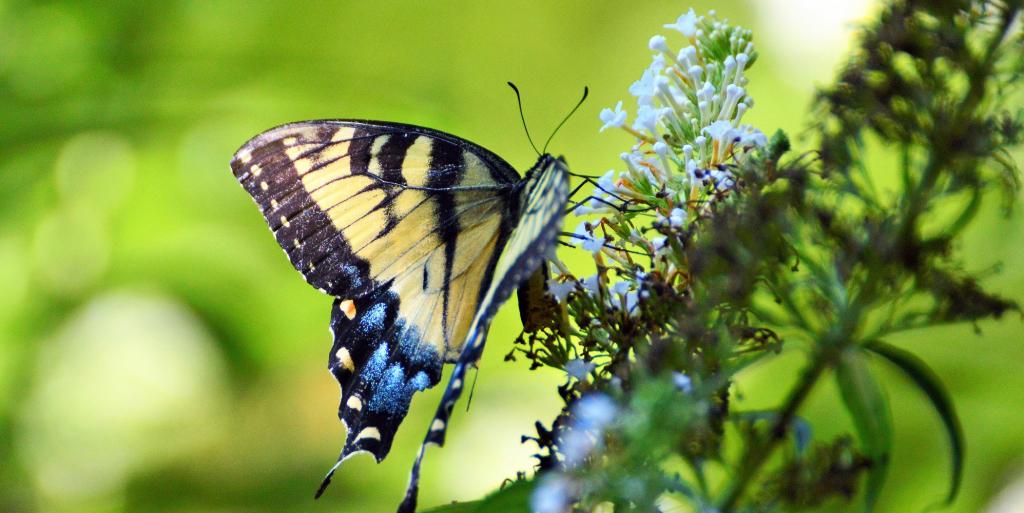 A butterfly sits on blue flowers. Pollinators globally are declining due to the use of pesticides in agriculture. Photo: Getty Images

Nigeria became the fourth African country to join the Global Coalition of the Willing on Pollinators on July 25, 2019, a news report in the Nigerian media noted.

While Morroco became a member of this group in May this year, Ethiopia was the first African nation to be part of this global coalition in 2017.  Burundi was the second African country to join this global group.

Other non-African nations such as Bosnia and Herzegovina, the Dominican Republic, Ireland and Mexico had joined the global group last year, Down To Earth reported earlier.

The coalition now has 28 signatories including 17 European countries, five from Latin America and the Caribbean and four from Africa.

The organisation was formed three years ago, to follow up on the findings of IPBES Assessment on Pollinators, Pollination and Food Production, which found that many of the world’s pollinator species are on the decline.

By signing the declaration to join the coalition, Nigeria, said the news report, has demonstrated its commitment to protect pollinators and their habitats by developing and implementing national pollinator strategies.

As part of the coalition, Nigeria will also focus on research to conserve pollinators and share its experiences on the same.

The annual market value of the five to eight per cent of production that is directly linked with pollination services is estimated at $235 billion-$577 billion worldwide.

The availability of pollinators and their pollination services not only affects crop production in terms of their quantity but also quality, says a study in Nature.

Pollination by honeybees and wild bees significantly increased yield quantity and quality of crops on average up to 62 per cent, while exclusion of pollinators caused an average yield gap of 37 per cent in cotton and 59 per cent in sesame.

Data gap is a challenge

While there is a well-documented decline in some species of wild pollinators, data on the status of most wild species is lacking. There are no global red list assessments conducted specifically for insect pollinators, according to the United Nations.

In most parts of the world, the lack of long-term population data or benchmark data to compare the present status of wild pollinator populations makes it difficult to show any trend.

According to the Biodiversity and Ecosystem Services Network managed by the United Nations Development Programme, the IPBES assessment on pollinators, pollination and food production drew most of its conclusions from the majority of studies based in Europe and North America.

This signifies important gaps in data in other regions of the world including Africa.

But even though a lack of wild pollinator data (species identity, distribution and abundance) for Latin America, Africa, Asia and Oceania may preclude any general statement on their regional status, local declines have been recorded said Hien T Ngo, the Pollination Coordinator at the IPBES.

But protecting pollinators will be important for addressing the Sustainable Development Goals (SDGs) too. The goals relevant to pollinators are SDG 2 (zero hunger), SDG 15 (life on land), SDG 3 (good health and well-being) through access to sufficient nutritious food (highly dependent on pollinators) and SDG 8 (decent work and economic growth) too as 1.4 billion people work in agriculture.

With just 10 years left to meet the 2030 agenda for sustainable development, a lack of data on the pollinators is a challenge that needs to be addressed by Nigeria along with other African nations and the world too.