Floodwater from Baitarani and Salandi rivers have submerged acres of paddy 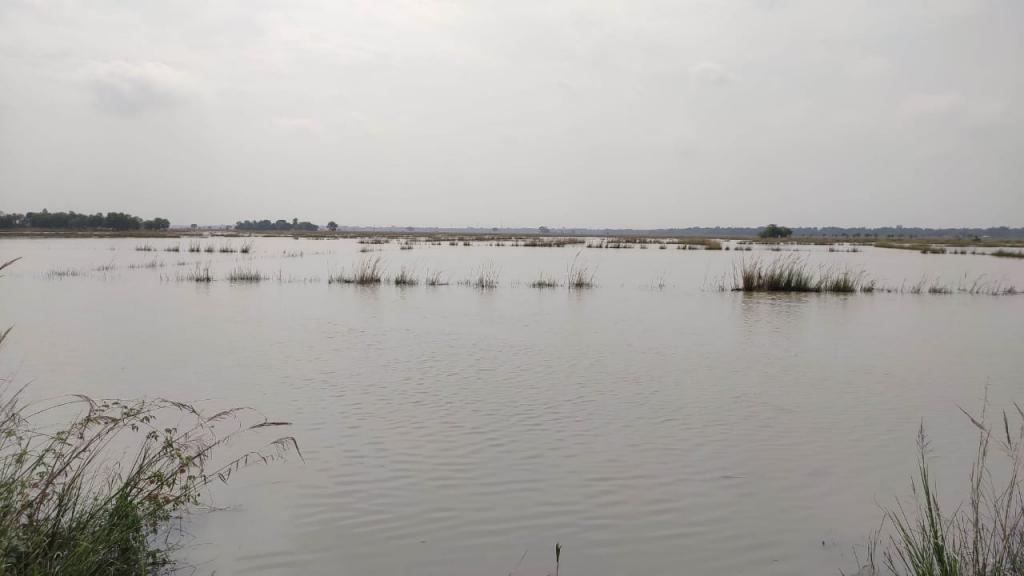 Odisha received large excess rainfall in September 2021. It has helped compensate for the state’s monsoon rainfall deficit will do nothing for Kharif crops, especially paddy.

The eastern state recorded 384.8 millimetres of rainfall in September 2021, its highest for the month in 14 years, induced by deep depressions over Bay of Bengal and Cyclone Gulab, according to Umashankar Das, senior scientist at the India Meteorological Department centre in Bhubaneswar. The normal precipitation for September is 226.6 mm, and the state had received 401.7 mm and 483.2 mm September rainfall in 2007 and 1961.

Odisha had recorded deficient rainfall in the preceding months of June (16.6 per cent), July (21.3 per cent) and August (44.7 per cent), according to sources. The excess rainfall in September made up for this deficit, said Das.

But the late, heavy rainfall will not translate into agricultural gains for the state, experts warned. “Good rainfall is required in July and August for germination and tilling. But the deficit in both those months have affected Kharif prospects,” said Amresh Khuntia, professor of agronomy, Odisha University of Agriculture and Technology, Bhubaneswar.

At least six out of the Odisha’s 30 districts are still in the red at the end of September. Western Odisha districts like Jharsuguda, Sambalpur, Bolangir, Nabarangpur, Kalahandi and Jajpur have recorded marginal rain deficits of 20-29 per cent, Khuntia said.

He is one of the members of the Weather Watch Group of the state government, which reviews the crop situation in the state from time to time. He, along with agriculture officials, visited different areas of Bhadrak district October 4, 2021 to assess the impact of Cyclone Gulab that struck the east coast September 26.

Acres of paddy crop may have been submerged in Chandabali and Solagaon in Bhadrak due to the recent floods in river Baitarani and Salandi, he said. Moreover, around 224,000 hectares of paddy land in 10 were inundated following heavy rainfall on September 12-14, sources said.

‘Floodwater from Baitarani has completely submerged my two-acre land and is yet to recede. I fear the paddy crop will be destroyed,” said Maheswar Muni from Chandabali.

Amari Mallick from Thuamul-Rampur in Kalahandi district, on the other hand, said his paddy crop grown on five acres of land may not recover from the rainfall shortage in the previous months.

“Paddy yield in the state is likely to suffer this year due to late rains,” said Ashok Pradhan, a leader of Paschima Odisha Krushak Sangram Samanwaya Samiti, a major farmers’ organisation in western Odisha.

The government should declare drought-affected areas in the state and provide compensation to the farmers.