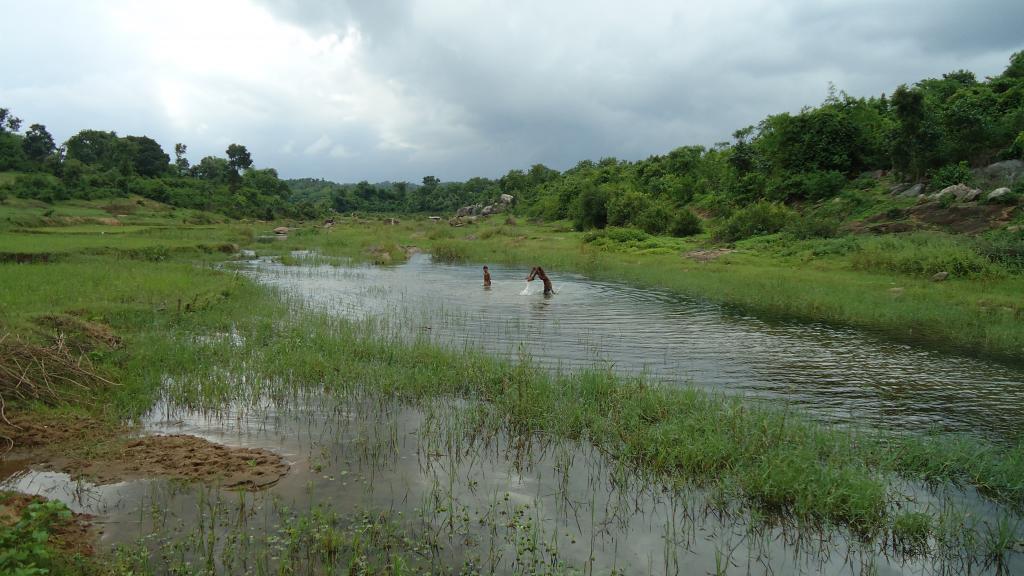 Over 1.7 million hectares of Jharkhand’s cultivable land is yet to be sown as the state has received 47 per cent less rainfall this season.

Many states in India are facing the same issue of losing crops due to a deficit in the rainfall this season.

Farmers in Jharkhand have been waiting for rain for the past several days to sow their crops, said Manoj Konbegi, a farmer from Simdega district. For the past seven days, rainy clouds gather but get blown away by eastern winds, he said.

Only about 2-5 per cent of paddy had been sown in the entire district, Konbegi added. “I am worried about the expenses for the entire year,” he said.

The state’s agriculture department said that through July 11, 16 districts received 51-79 per cent less rainfall than usual. Sahebganj district has fared the worst.

However, the situation is starkly different this time. Even half of the sowing has not been done compared to last year.

According to the agriculture department, paddy was grown in 216,210 hectares and maize in 97,374 hectares in the last Kharif season.

Last year, it had rained more than usual. By the beginning of July last year, paddy seedlings had been sown in 13 districts.

Till now, 27,000 quintals of paddy seeds have been distributed by the government to only one lakh farmers.

Seeds had been distributed to farmers using blockchain technology, said Raghu Oraon, a farmer from Ranchi. “Many farmers do not understand how to connect using blockchain, so we bought seeds from the market,” he said.

Director for Agriculture and Horticulture, Jharkhand, said that the method was being used to distribute seeds to farmers in a transparent way.

In the method, an online tracking system provides information about where, when and how the seeds will reach. Farmers are being registered for blockchain distribution.

Paddy seedlings are ready for transplantation, but no workers are out in the fields, said a farmer from Lohardaga district.

“We can’t control the rains. The Almighty God might make it rain very late this year; we are just waiting for it,” said Nilima Tigga, adding that she has not thought about what to do if it does not rain at all.

Tigga is also a member of the district advisory committee.

The animal husbandry department has advised rearing chickens, goats and ducks if farmers can’t grow Kharif crops. The department would provide loans for it, said Tigga.

“I am currently preparing to sow finger millets and pulses, as these crops don’t need rains, just moisture,” said Another farmer from the district, Charo Bhagat. “However, if paddy sowing doesn’t happen properly this year, the farmers will be in a lot of trouble.”

Konbegi said that many farmers had not even prepared paddy seedlings. Transplantation has only happened in places right next to dams.

“Farms on elevated lands can use machines to water their farmlands, but the low-lying farms can’t do that. If it rains after sowing, the crops will be ruined,” he said.

Konbegi said paddy farmlands need a consistent two to three inches of water at all times.

There is no clear data on the number of farmers in Jharkhand. Over three million farmers are registered with PM-KISAN. PM-KISAN is a central sector scheme to supplement the financial needs of land-holding farmers.

The Jharkhand government had recently called a meeting to discuss the situation of the Kharif crop and rains.

Agriculture director Nesha Oraon said that the government is keeping an eye on the matter. “For the time being, we have advised farmers to plant short-duration seeds,” she said.

“Paddy varieties like Anjali, Lalat, Vandana, Birsa Sugandha, etc can be grown. We have also advised planting Drot tolerance variety, IR-64(DRT) and related seeds,” she said, adding that there can be a good yield with mulching methods.