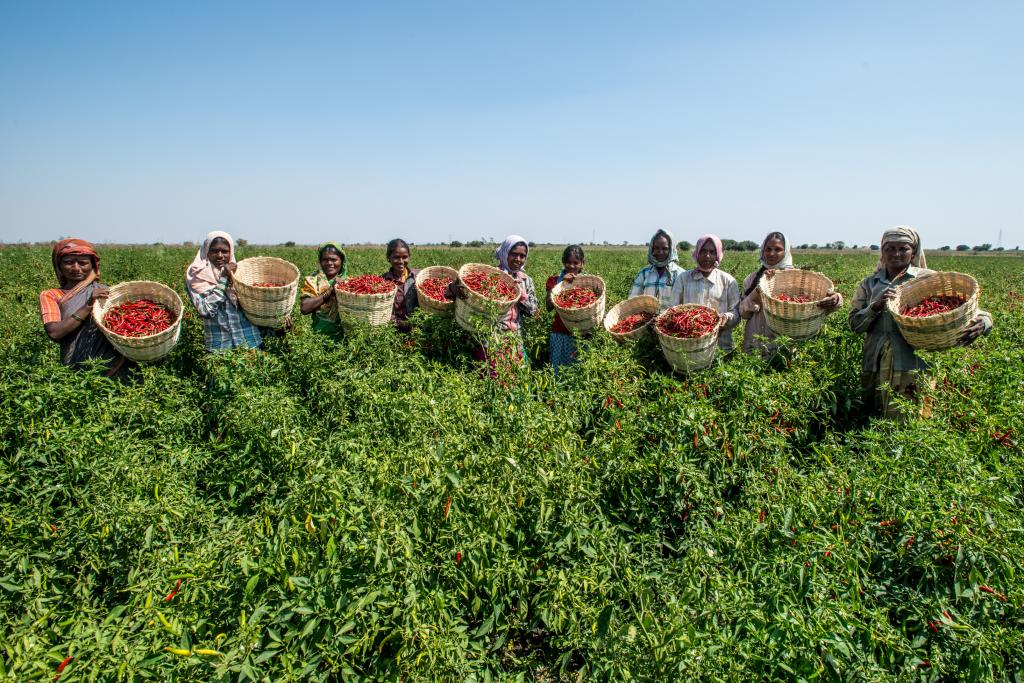 The Union government was yet to spend Rs 23,727 crore of the Rs 139,370.15 crore it has allocated for Pradhan Mantri Kisan Samman Nidhi (PM-KISAN) since its inception in February 2019.

The amount is around 17 per cent of what was to be disbursed under the direct benefit transfer scheme for farmers that was announced in February 2019, during the presentation of Vote on Account for 2019-20.

For that year, Rs 20,000 crore was allocated, according to data submitted by the Centre's Department of Agriculture, Cooperation and Farmers Welfare in Parliament February 2, 2021. Of this, the Union government spent only Rs 6,050 crore,

The data was shared by the Union agriculture ministry in Parliament.

Rs 2,326.88 crore was disbursed to those ineligible for the scheme, of which Rs 231.76 crore was recovered, according to a written reply by Union Agriculture Minister Narendra Singh Tomar in the Lok Sabha.

PM-KISAN mandates a direct transfer of Rs 6,000 a year for eligible farmers, payable in three equal installments. Uttar Pradesh, Maharashtra, Madhya Pradesh and Rajasthan are among the states that disbursed the highest amount under the scheme.

“Key challenges like digitisation of tenure records, which is uneven, remain. The Union government is pursuing the issue with the states. The database on the total number of farmers is poor. On one hand, landless farmers are excluded from the scheme and on the other hand, the number of such families could be more than what the records for operational landholdings show,” said an official with the agriculture department.

A few states like West Bengal did not submit records, according to the data. The state has not disbursed any amount so far. While the central government has many a time slammed the Bengal government for not implementing the scheme, Chief Minister Mamata Banerjee recently reportedly said her government submitted the details of 2.5 lakh farmers.

“Another issue, specifically in the north-eastern states, is that they have common property resources and the farm lands are owned by a community rather than one person. So, individual records are not maintained. Also, states have to take up the initiative of mobilising the farmers for registering with the scheme,” the official said.

He added that it would be taken up in the next meeting of Niti Ayog, which would be attended by all states.