Point of No Agri-returns Part 7: India diverts 10 million hectares of productive agri-lands, replaces them with barren lands for cultivation 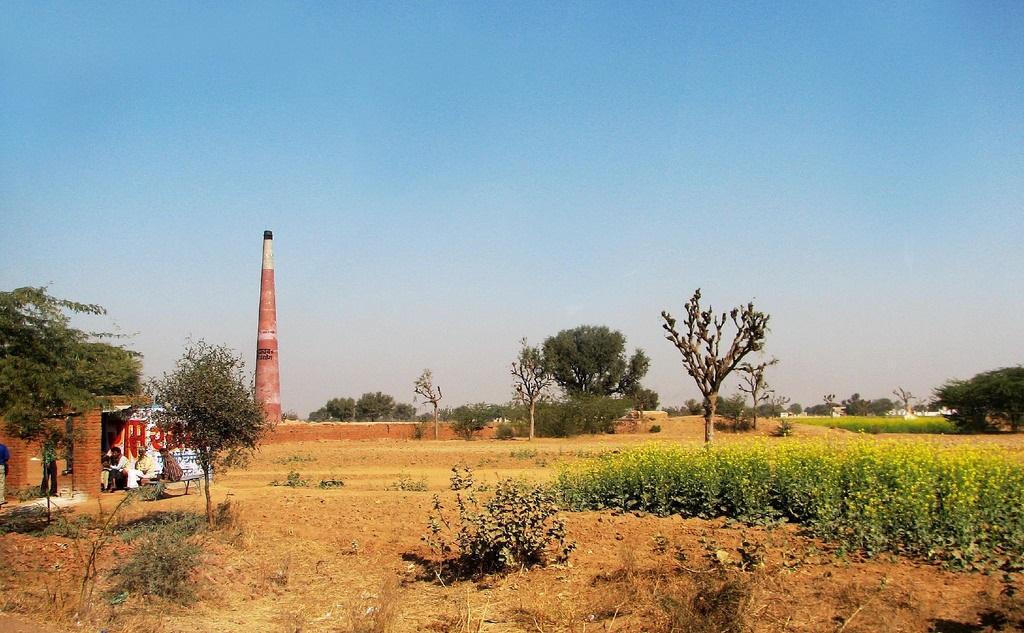 As the reports of the Committee on Doubling farmers’ Income—a flagship promise of Prime Minister Narendra Modi that has, of late, defined his electoral narrative—start piling up, assessing the country’s agriculture sector, the crisis gets deeper.

In its seventh report, the Committee has found a systemic change in land use that has been hurting farmers’ income. According to this report, India has been diverting large tracts of productive agricultural lands for other purposes like making way for new townships and to accommodate expanding settlements besides being given for industrial purposes.

This is a known story. But what the report finds disturbing is that more and more barren and uncultivable lands are being brought under farming. This has impacted the farmers’ productivity, income security and also viability of cultivation.

Since 1970-71, the area under non-agriculture has increased by 10 million hectares (mha).  This, the report suggests, is basically of productive agricultural lands being diverted for other uses.  On the other hand during the same period (1971-2011-12), lands under the barren and uncultivated category have declined from 28.16 mha to 17.23 mha. It is more than a million hectares.

The report argues that given India’s net-cultivated area remaining the same, this indicates farmers are now more dependent on barren and uncultivable lands for survival. “The often overlooked fact behind the almost stagnant net-cultivated area is a significant diversion of prime agricultural lands for non-agricultural purposes and the simultaneous induction of barren and uncultivable lands. An apparent logic behind this statement is that the expansion of cities and towns and other developmental/infrastructural activities often take place in prime agricultural lands around cities/townships,” says the report. 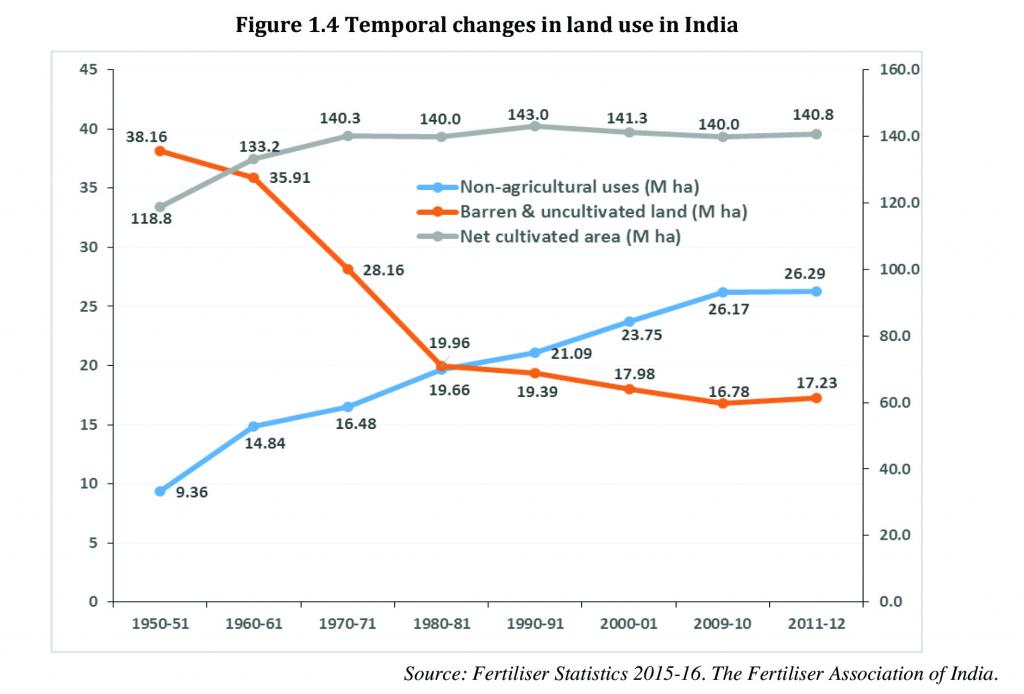 In both the above categories, land use changes have followed complimentary trends.

More importantly, this tract of new lands is going to decide India’s self-sufficiency in food production. Most of these lands are rain-fed. The government’s ambition of doubling farmers’ income faces a big challenge here. “As new lands inducted to croplands are extremely poor in terms of fertility status and overall health, a careful monitoring and management is obviously needed to make them productive and economically remunerative,” says the report.