Shortage of labourers, gunny bags: Punjab in a spot over wheat procurement

The process started April 10, but ran into several hassles on the first 2 days. It has been slow across the state; has not even started at some places 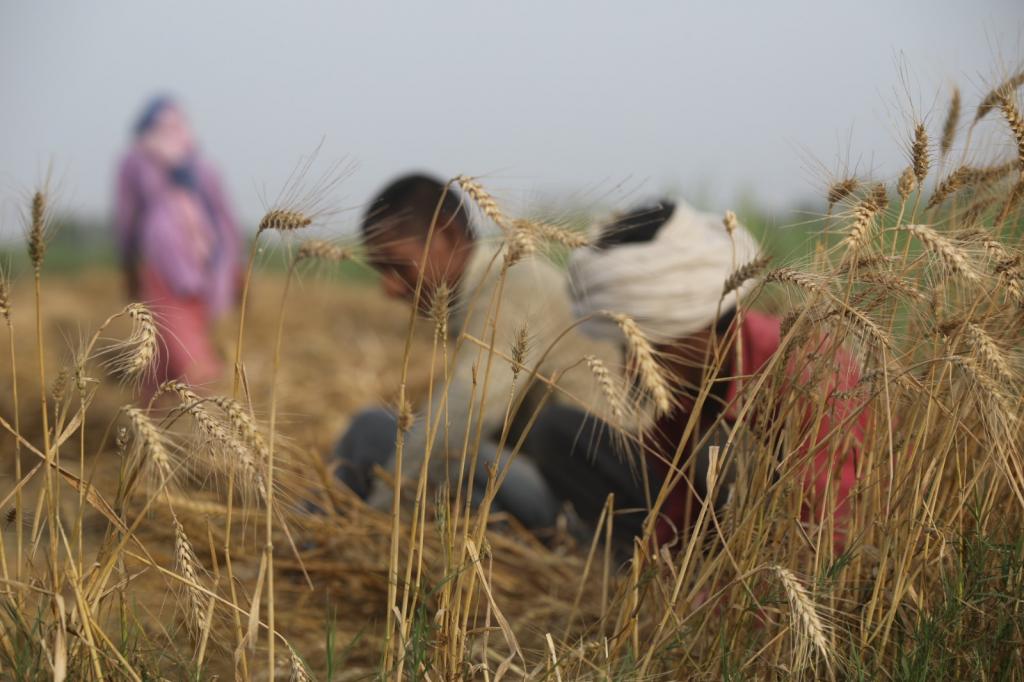 The season for procuring wheat in Punjab officially kicked off on April 10 — after a month-long war of words between the Centre and the Punjab government over the new rules of direct mode of payment to farmers.

Since then, the commissioning agents (arhtiyas) briefly went on strike over the state government’s decision to facilitate payment of minimum support price (MSP) through direct, online transfer, and uncertainty continues to loom large over the process.

The procurement process technically started April 10, but ran into several hassles on the first two days — from shortage of labourers to that of gunny bags. The process has been slow across mandis (agri markets) in the state; it has not even started at some places.

Navinder Singh from Gurdaspur district said he was yet to harvest his wheat crop because the process did not begin at the local mandi. “The process has started on paper, but there is no one at the mandi. No labour is available to clean and sort wheat. It is provided by the arhtiyas but this year, due to the strike called by them, there is a lack of clarity on when we can take our produce to the mandi,” he said.

Arhtiyas, or commission agents, facilitate the procurement process at Agricultural Produce Market Committee (APMC) mandis and look after cleaning, sorting, weighing, loading and unloading of the produce there.

The arhtiya associations had called off their strike at the state level over the new payment mode of direct transfer of MSP after intervention of the chief minister, but farmers say issues persist at the block / district level.

Why were they at strike?

As the state did respond, the FCI then sought directions from the Union Ministry of Consumer Affairs, Food and Public Distribution on the course of action in case it did not comply.

Punjab is the only state that does not carry out direct payments to farmers as mandated by the Union finance ministry’s public finance management system, according to FCI officials.

Wheat is procured through MSP by both central and state agencies in the state. The FCI in March had asked the state government for the land records of farmers to enable the payment, to which the state had responded saying it needed more time. The Centre, however, refused, following which arhtiya associations across the state went on strike.

They called off the strike after Chief Minister Amarinder Singh assured them that the government would release Rs 131 crore to them, otherwise due from the Central government.

Parvinder Singh from Fatehgarh Sahib district reached Sirhind mandi April 10 with his 150 quintal wheat crop, but hasn’t been able to find a buyer due to a shortage of gunny bags.

“Government has not provided enough bardanas (gunny bags) this time. There is just 25 per cent availability of the total requirement. Tractors are coming in daily as there is no storage space with farmers like me who have already harvested their crop and brought it to mandi,” he said.

Even in areas where the process has begun and procurement carried out, the produce has not been lifted yet, nor the payment directed to farmers.

Sukhvinder Singh, a farmer from Patiala district, said he had to visit two mandis for his produce due to the prevailing confusion. “I first went to Patiala mandi and the arhtiyas were on strike. We cannot take our produce back, so I came to Rajpura mandi. But only some of the produce is being procured due to a shortage of gunny bags,” he said.

Farmers say that the shortage has stemmed due to a supply backlog from West Bengal, which meets over 90 per cent of the jute bags demand.

Around 130 lakh tonnes of wheat is expected to arrive in Punjab’s mandis in the current Rabi marketing season. The state government said the total procurement of wheat as of April 12 by all agencies was 247,505 tonnes.

Meanwhile, farmers also fear that direct payment to them will exclude arhtiyas from the local agricultural process. They often describe their relationship with arhtiyas as that of ‘nau-maas’ (nail and flesh) and are apprehensive that the new payment rules would affect their relationship and dependency on them.

“Whenever we need some money, whether it is in the middle of the night, we can always depend on them for loans that we can repay according to our convenience or they cut the amount during procurement of the crop. But if payments are made directly to us, they might not give us any loan. There is no private or government financial institution which is more dependable for us than this,” said Sukhvinder Singh.