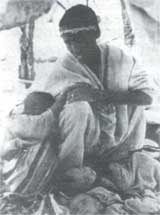 That the grass seems greener on the other side rings more true for Africans. They have been relying heavily on food imports to combat famine, drought, starvation and malmarition and ignoring native grains, vegetables, and fruits. A report by the National Research Council of the us has revealed that the sub-Saharan region is rich in more than 2,000 grains, vegetables, roots, fruits and other foods that could feed not only thousands of famished Africans but also other parts of the world. Africa reportedly has more native varieties of cereals than any other continent. It is rich in grains like, rice, millet, sorghum and several dozen more, but most of the crops are underdeveloped and not fully exploited to meet the needs of the continent. The local grains have lost out in popularity to imports like, wheat, rice and maize. Only a few crops are being developed, researched and marketed with a view to increasing their use.