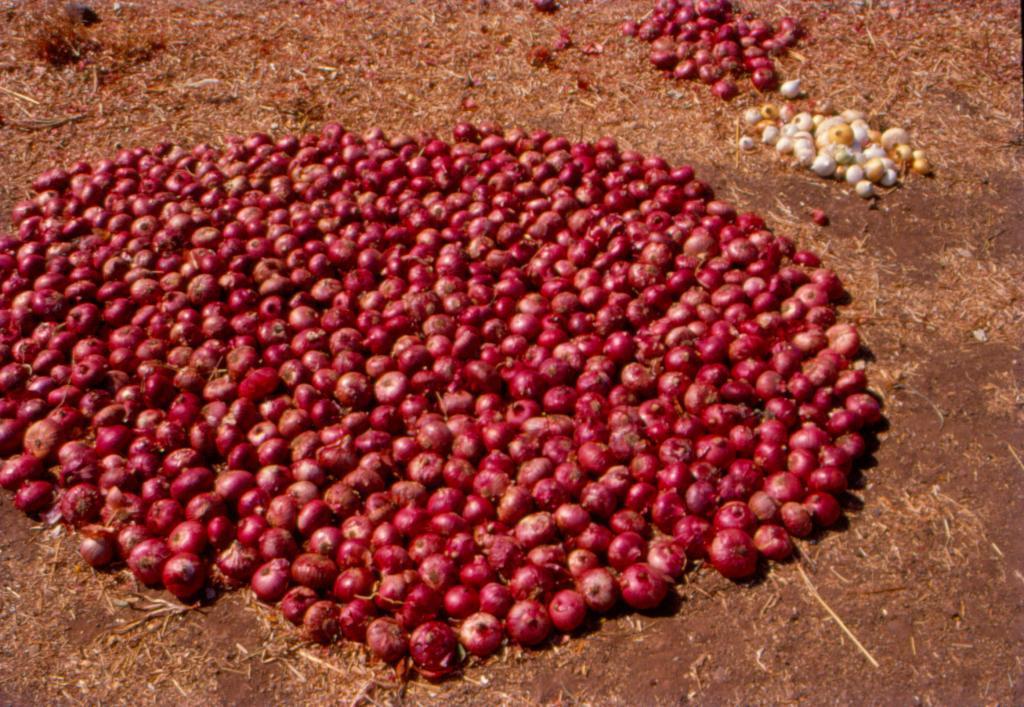 Farmers estimate around 80 per cent of pearl onion crops have been destroyed by the heavy rain.

Heavy rains in six Tamil Nadu districts since November have ruined the cultivation of pearl onions. Farmers estimate around 80 per cent of crops have been destroyed by the unexpected rainfall. As a result, the prices are skyrocketing in several districts of the state.

The post-harvest survey by the state government has not begun yet, so the exact losses have not been calculated yet. However, farmers had sown the crop over a larger area in 2022 after the announcement of subsidies.

Pearl onions are also known as Sambhar onions, small onions and baby onions. They are available in both red-purple and white skinned varieties.

The Tamil Nadu government’s horticulture department announced a subsidy of Rs 20,000 per hectare for growing pearl onions in 2020. Grants of Rs 3,500 were also announced for cold storage of the crop.

A large number of farmers in half a dozen districts of the state had started cultivating pearl onions in the last year after the announcement of the subsidies.

However, according to farmers, the onions have started rotting in the fields due to continuous rains for the last three months. The stored crop has also absorbed a lot of moisture, meaning it will rot very soon.

As a result, there are fewer onions in the market and despite being produced in large quantities, the prices are shooting up. The effect is already visible in the retail market and prices of the vegetable have already started skyrocketing. The rates have crossed Rs 100 per kilogramme in a few districts.

Fields started flooding in November due to the heavy rain, said Dharmapuri farmer S Raghavan. “Pearl onions started rotting as it is a small plant which gets affected by rain very easily and is difficult to save,” he said.

Heavy rains are gradually reducing in intensity, according to the agriculture marketing department of the district. The prices are also expected to go down gradually. At present, pearl onions are being sold for Rs 66 to 100 per kg.

A minimum support price would be more helpful instead of a subsidy, said R Selvan, a farmer from Senthamangalam village. “The production cost of onions is high, while the profit is quite less,” he said.

At present, the subsidies are based on area coverage, said H Krishnan, a farmer from Ariyagoundampatti village. “Grants on the basis of production will be more beneficial to farmers,” he said.

Rains have completely destroyed the onion crops sown on three acres of Kadil Baig, a farmer from Anukur village in Perambalur district. “Seeds for onions are also not available right now unless you can cough up Rs 90-100 per kg,” he said.

Similarly, N Rajendran, a farmer from Palapatti village in Tiruchirappalli district, lost all his onion crops on 10 acres of land. “I am now forced to sow another crop. The fields are too wet to sow onions again,” he said. “Onion rates in the market are Rs 70-90 per kg as most farmers lost their crops.”

Subramaniam from Mannargudi village in Tiruvallur district has not been able to sow any onions for two years in a row. Before this, he grew onions in an acre of fields. “The fields are either too wet or too dry, ruining the crop,’ he said.

He had planned to sow onions on December 9, 2022, but had to postpone it due to heavy rains. “I will try again in March this year, but it is too hot and if there is no rain, the crop may fail,” he said.

“It does not rain when needed and rains too much when it is not,” added Subramaniam. “The weather and climate have changed beyond the comprehension of the common man.”