Farmers propose Bills on loan waiver, fair prices in their own 'parliament' 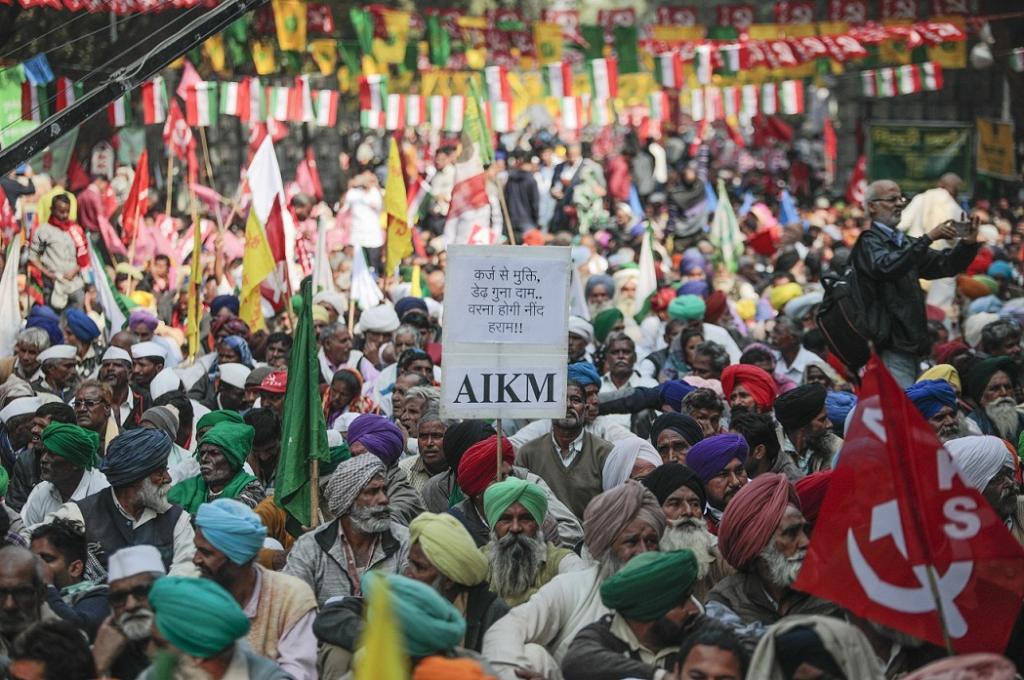 On the second day of a protest organised by the All India Kisan Sangharsh Coordination Committee (AIKSCC), farmers from more than 180 farmer organisations across the country proposed a bill each on debt waiver and fair prices for crops.

For two days, thousands of farmers had gathered at Sansad Marg to participate in Kisan Mukti Sansad, a mock parliament. Raju Shetty, MP and president of Swabhimani Shetkaari Sangathan said that the bills will be presented in the parliament after taking feedback from all stakeholders.

The Kisan Mukti Sansad began soon after a journey of more than 10,000 km was completed by AIKSCC in 19 states.

Kiran Vissa, an activist who works on farmers' issues with AIKSCC said that farmers are facing massive losses and that Prime Minister Narendra Modi is yet to keep the promise of fixing the Minimum Support Price (MSP) at production cost plus 50 per cent. He added that MSP is not assured for all crops, and that for many crops, the MSP does not even cover the cost of cultivation. For instance, while the cost of producing ragi per quintal is Rs 2,351, the declared MSP is Rs 1,900 (See figure below).

In one its previous reportage, Down To Earth observed that in the last three years, the increase in MSP for wheat and paddy has been 4-5 per cent, much less than the inflation rate.

Yogendra Yadav, leader of Swaraj Abhiyan said that farmers have been pushed into an economic, ecological and existential crisis and these two bills are emergency measures, which need to be implemented immediately.

Farmers have already lost Rs 6,283 crore this season as of November 7 and are expected to lose Rs 35,968 crore due to insufficient MSP, according to AIKSCC. In fact, going by Swaminathan Commission’s recommendations, farmers will lose Rs 2 lakh crores in just one season of Kharif 2017-18. In such a scenario, doubling farmers’ income by 2020 will become more unlikely. 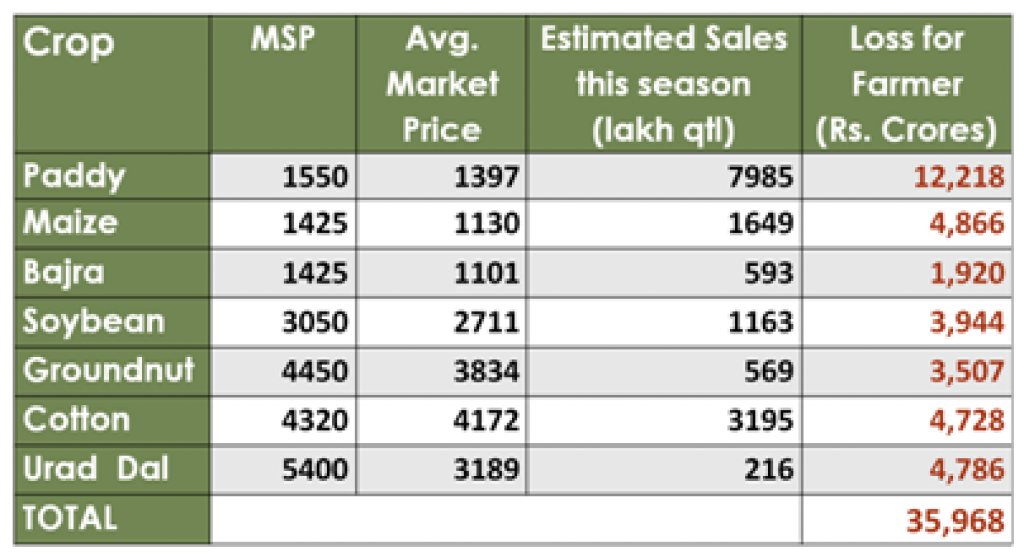 A Naresaiah and K Bhimrao, farmers from Adilabad district, Telangana have sold cotton at Rs 3,500 per quintal, even though its MSP is around Rs 4,320 per quintal. Due to continuous losses in agriculture, they are unable to repay bank loans and are forced to approach money lenders at rates as high as 20 per cent. Their losses are aggravated as they are forced to purchase all pesticides and insecticides from a government authorised commission agent or adhtiya and sell their crops only to them. Many like Naresaiah are staying in dharmshalas or gurudwaras and have left their agricultural work to join the agitation.

V M Singh, convener of AIKSCC says even those farmers who were relatively better off in western Uttar Pradesh are facing serious problems now.

On the first day, women farmers formed a Mahila Kisan Sansad (MKS) and shared how agricultural distress affected their lives. Many farmers Down To Earth spoke with said they felt as if someone was listening to their grievances for the first time.

Medha Patkar, leader of National Alliance of People’s Movements (NAPM), who coordinated the MKS said this is a historic moment as women from all over the country gathered to hold their own Parliament and put forward the bill to Kisan Mukti Sansad, aimed at bettering lives of farmers, peasants, farm workers, adivasis, the landless, tenant farmers and fishers.