UP headed towards drought? Less than normal rainfall in 96% districts 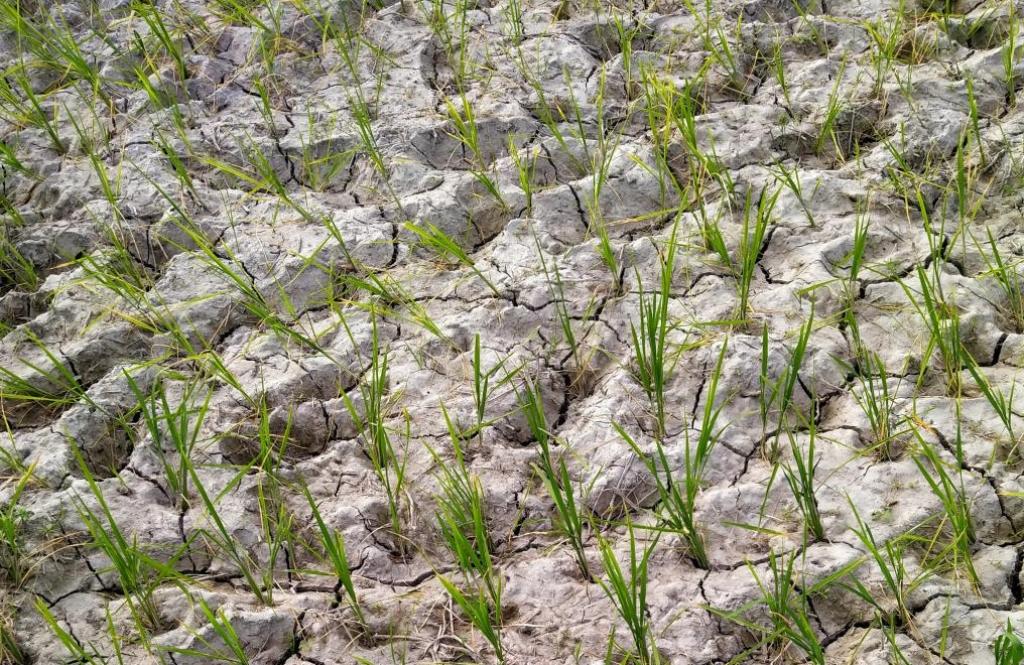 India’s largest state, Uttar Pradesh, appears headed for a drought. Seventy-two of its 75 districts (96 per cent) recorded ‘below normal’ rainfall till July 20, 2022, according to India Meteorological Department (IMD) data.

Fifty-nine of the 75 districts recorded ‘extremely low’ rainfall. These districts are suffering a ‘large deficit’, which means they received less than 60 per cent rainfall.

Another 13 districts recorded a ‘deficit’, which means they received 20-59 per cent less rainfall. There has been negligible (90-98 per cent less) rainfall in four districts.

Kaushambi was the district with the highest rainfall deficit in the state as of July 20, 2022, according to IMD. It recorded 98 per cent less rainfall than normal.

Paddy farmers in Uttar Pradesh, who were waiting to transplant their seedlings, are now on the verge of suffering heavy losses.

Mahendra Singh, 58, a resident of Sobhana village in Kaushambi district, cultivates five hectares of land and is a well-known farmer in his area.

“I had experienced such a drought earlier in the 1980s. I had transplanted a hectare with paddy seedlings. But due to lack of rain, they have begun to wilt. People who used to plant 2.5 hectares with paddy in my village, have been reduced to just half a hectare this year,” he told Down To Earth.

Singh said the police in his village had forbidden farmers to extract water from tube wells to irrigate their fields. “Everyone in the village has been waiting for the rains. But now, it is too late,” he said.

The fear of the police haunts farmers across many districts of the state.

“There are rumours that the police has not allowed water to be drawn from tube wells for paddy cultivation in the neighbouring village.

“We have not planted paddy yet because of this fear. The seedlings prepared for transplantation in anticipation of rain have begun to wilt,” Budhai Lodh of Rajapur Kala in Bahraich district, said.

The area under paddy in the state has shrunk significantly this kharif season. Farmers themselves are witnessing this in many districts

Phoolchandra Maurya, a 58-year-old farmer from Mendara village in Prayagraj district of the Awadh region, said, “In our region, 90 per cent of paddy is usually planted every year by July 20. But this time, only 20-25 per cent of the seedlings have been planted.”

Maurya said only those farmers who had their own means of irrigation, had been able to plant so far. The rest were waiting for the rains.

“I had seen this type of drought in Prayagraj in 2007. But even at that time, it had rained a little. This time, it has not rained since the beginning. There is a fear of police action on the use of tube wells in nearby villages. It seems that our village will also be follow suit,” he added.

Ramnaresh Yadav, 52, a resident of Ganipur village in Prayagraj, said the village was near the Ganga. But water in the river was less this year due to the lack of rain.

“The river used to flood our fields. But this year, the river too will dry up, it seems,” he said. Yadav used to plant around 1-1.25 hectares of paddy every year. But this time, he is planting only half a hectare, in the hope that it will rain.

“If there is no rain, I will be in a tight spot. I also cultivate pumpkin apart from paddy. But my crop is drying up due to the lack of rain,” he said.

The government had recently held a meeting on this kharif crisis. But no decision could be taken. Only 45 per cent of ​​paddy transplantation had been done in the entire state as of July 17. The government is yet to reach any conclusion regarding drought and relief. The top officials are themselves waiting for the rains.