Veggie is the most low-carbon diet, right? Well, it depends where you live

As 90% of our energy intake comes directly from the soil, agricultural practices obviously have a big effect on soil health 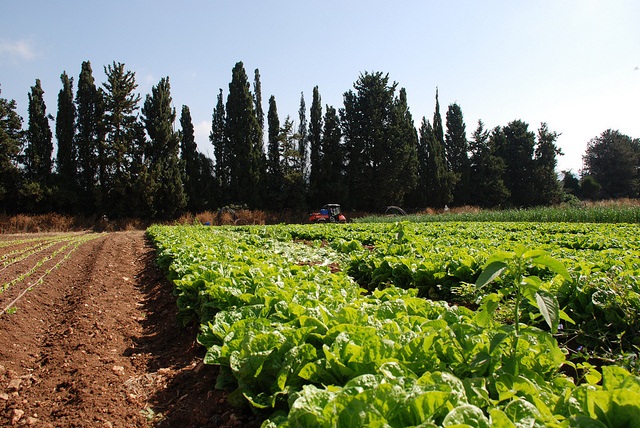 It is often claimed that a vegetarian diet is better for the environment, because grazing animals such as cattle and sheep produce a lot of methane, a far more potent greenhouse gas than carbon dioxide.

The areas needed for livestock grazing can also be much larger than those used for crops to produce an equivalent amount of food, so more land is cleared for meat than crops, which causes more carbon to be lost from the landscape.

But wait. As is often the case with complex environmental cycles, particularly those altered by human activities, this is only part of the story. While it is true that ruminants emit a lot of methane, and this is currently the greatest slice of the agricultural emissions pie, it is also true that these are not the only emissions associated with human agriculture.

Cropland generally uses more inorganic fertiliser than pasture, which means that the more plants you eat, the more of your greenhouse footprint comes from nitrous oxide – another potent greenhouse gas linked to use of industrially produced fertiliser.

Unfortunately, this means that sticking to a climate-friendly diet isn’t always just a matter of giving up steak and lamb chops. You also have to consider the soil types and farming practices in the places where your food is produced. And the bad news for Europeans is that eating meat is much harder to justify than it is in Australia, for instance, where livestock tends to be less intensively farmed.

Nitrous oxide emissions come from the turnover of nitrogen compounds in the soil, which in turn come from both organic matter (manure, soil organic matter) and synthetic fertilisers (primarily inorganic nitrogen).

This means that the biggest greenhouse impact would come from eating livestock animals that are disconnected from the soil, kept in barns and fed on crops (for instance, beef cattle fed on corn meal) rather than extensively grazing on pastures. This represents a climate double whammy because the crops lead to nitrous oxide emissions and the animals then produce methane.

The other greenhouse gas to consider is, unsurprisingly, carbon dioxide. Healthy soils contain lots of organic matter, which helps to reduce erosion, boosts water storage capacity (and therefore drought resilience), and acts as a storehouse for nutrients (thereby reducing the need for fertiliser).

Soil organic matter can be restored by plants, which take up atmospheric carbon dioxide as they grow. When they die, their biomass is then (partially) incorporated into the soil and converted into soil organic matter.

So does farming help soils?

The soil organic carbon pool is the largest land-based carbon store and the most dynamic globally of the non-living carbon pools. There is at least twice as much carbon stored in the world’s soils as there is in the atmosphere.

So planting crops to store more carbon sounds like an attractive idea. Unfortunately, however, cultivated soils contain up to 70% less soil organic matter than natural soils, so croplands are actually a net greenhouse emitter.

Conversely, soils used for grazing animals have much higher soil organic matter content than in cropped systems, and roughly the same amount as natural soils. This is probably because many grazed systems are permanent pastures, where plants constantly grow and add to the soil carbon pool (even after the animals have eaten their fill).

This means that the greenhouse emissions due to crops, and carbon storage in pasture lands, may both be underestimated. This issue is highlighted by our research, which shows that carbon losses from cropped soil extend far deeper than previously believed.

Previous estimates assumed that only the topsoil (generally the top 30 cm) was affected, but we have shown that, in Australia at least, this is not the case – the lower carbon content of cropped soil is detectable all the way down the soil profile. We also found that, at these deeper depths, natural and grazing soils contained very similar amounts of carbon.

As if that were not all complicated enough, there is yet another factor: when livestock manure is returned to the soil, this also boosts soil carbon, making for healthier soils and partially offsetting the animals' greenhouse emissions. Declining use of animal manure on European crops has been associated with a reduction in soil carbon storage.

So what does this all mean? Well, 90% of our energy intake comes directly from the soil, so agricultural practices obviously have a big effect on soil health. If you care about conserving soils as well as minimising your greenhouse emissions, it’s not as simple as just going vegetarian.

Grazing animals can be good for soils, even though their methane emissions are bad for the atmosphere. Working out where the balance sits is a fiendishly tricky question. This is because agricultural emissions are related to individual site factors (such as climate or soil type) as well as agricultural practices (such as fertiliser regime or grazing intensity).

Perhaps the best approach is try to source your food from local suppliers (to reduce your food miles) who do not use intensive agricultural practices (such as frequent tillage or indoor mass-rearing of animals).

If you eat meat, choose free-range, grass-fed animals instead of those fed in barns using food from crops. Get to know how your food is produced, and choose the most sustainable options, whether meaty or not. Small choices can help to save our soils.