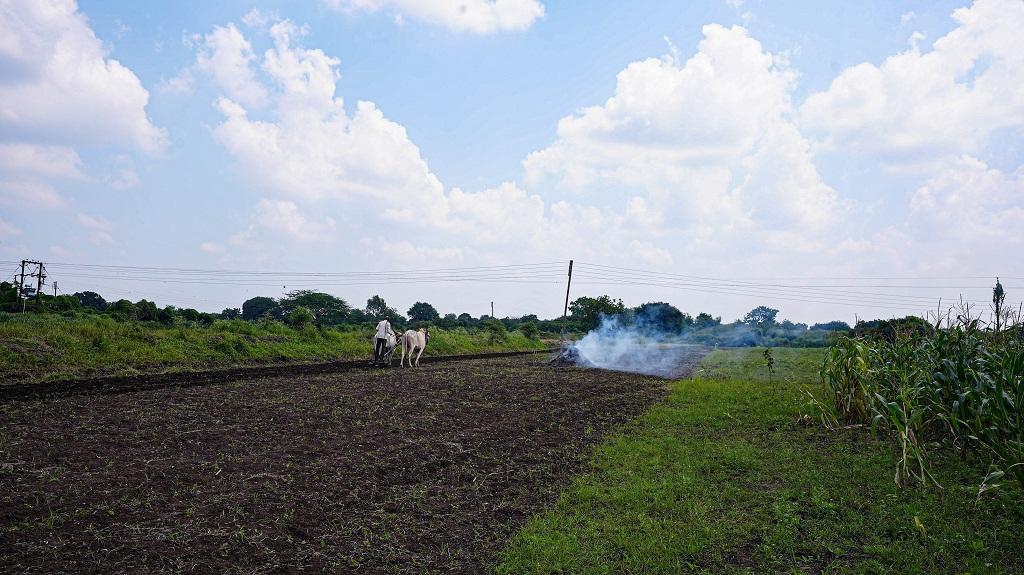 Farmers claim that poor income from agriculture has deteriorated their quality of life. Photo: Aishwarya Iyer.

Years of weather vagaries such as drought and extreme rainfall, combined with poor quality agricultural products and policies of the state government have pushed Marathwada farmers towards poverty.

Down To Earth visited farmers from Marathwada and Ahmednagar in Maharashtra to note how the cumulative effect of frequent crop losses altered their lives.

The farmers in the central part of the state told DTE how they have started to feel the brunt of climate change in their daily lives.

Simultaneous droughts and floods have become an increasing concern and the instances have escalated in the past five decades, according to a report published by the Council on Energy, Environment and Water in 2020.

Drought events in the state, especially in drought-prone regions of Aurangabad, Latur, Jalna, Nanded, Osmanabad of Marathwada and Pune and Nashik, rose to 14 in 1980-89 from 11 in 1970-79, the report stated.

Farmers claim that poor income from agriculture has deteriorated their quality of life and increased suffering.

“I sowed cotton and soyabeans this Kharif season on my five acres of land. But the weather pattern affected its growth and health,” said Sharad Shinde, a 25-year-old farmer from Mankhurwadi village near Beed in Marathwada.

After the first few spells of rain in June, the monsoon took a break for almost a month, said Shinde.

“The crop growth stunted. It received better rains in July and August. But the rains in September did more damage than good,” he said.

Crops do not require much water in the final stages and it rained heavily for a week in September, he added.

“The crops rotted and I lost over 50 per cent of my standing plantation, which I was waiting to harvest by the first week of October,” he said.

There are millions of farmers who share Shinde’s plight. Over 4.5 million farmers in Marathwada alone have faced the brunt of weather extremities through September 2022, according to official figures.

Forty-year-old Mahadev Trimbak from Beed district said his expenditure on input cost had increased three-fold over the last few years. The cost of fertilisers, pesticides and seeds have manifolded in the past decade.

“I spend at least Rs 25,000-Rs 30,000 per acre as production cost against Rs 10,000 per acre a few years ago,” he said. At the same time, income has reduced as the crops do not fetch the deserved prices in the market. The selling prices have not increased at par with inflation, he explained.

Trimbak said his income had been reduced by at least 50 per cent. “If the weather does not bless us, it is a total loss ensuring that we never recuperate from the losses or have the ability repay the loans,” he told DTE.

Seeds, insecticides and pesticides in the market are often duplicated or of poor quality, affecting the yield and output further, he said.

It may be noted that drought and extreme rainfall have been taking a heavy toll on farmers’ income.

Reduced income, crop losses and irreparable economic damages due to the inability to repay loans have worsened over the past few years.

“I wanted to save money and buy a two-wheeler for my commute. But the repeated losses have not allowed me to do so,” said Vishal Alat, a farmer from Shrigonda in Ahmednagar.

Kakasaheb Rode, a chairperson of the village committee and a farmer in Shrigonda, said the farmers have started selling their lands and possessions to survive.

Farming does not provide any income and farmers have been running in losses for at least the past five years. “I sold a part of my land for my daughter’s wedding and now have only three acres left. I cannot afford selling the meagre assets I own to survive,” he said.

Rode added that daily expenses are to be met and he has been living on credit. “I owe money to friends and relatives and now they have also reached their limits in providing financial assistance,” he said.

Mahesh Gade from Limpangaon village near Beed said he sold his four-wheeler to survive the COVID-19 lockdown and sustain the losses incurred due to poor crop production.

Like Gade, farmers in the village have started selling possessions. “Many friends and relatives in the village wanted their wives to undergo knee operations as years of toiling in the field have deteriorated their health. But we couldn’t afford the operation costs to tune of Rs 4.5 lakh,” Gade told DTE.

“The inflation has increased the production costs. The farmers’ economic situation has been shattered by the unfavourable weather and ongoing yield losses,” said Anil Ghanavat, national president of Swatantra Bharat Party and former president of Shetkari Sanghatna. Both organisations work for the cause of farmers.

The government should intervene and revise policies to uplift the farmers and help them escape the vicious cycle of poverty, said Ghanavat.