What about harvest? Protesting farmers say colleagues back home have them covered 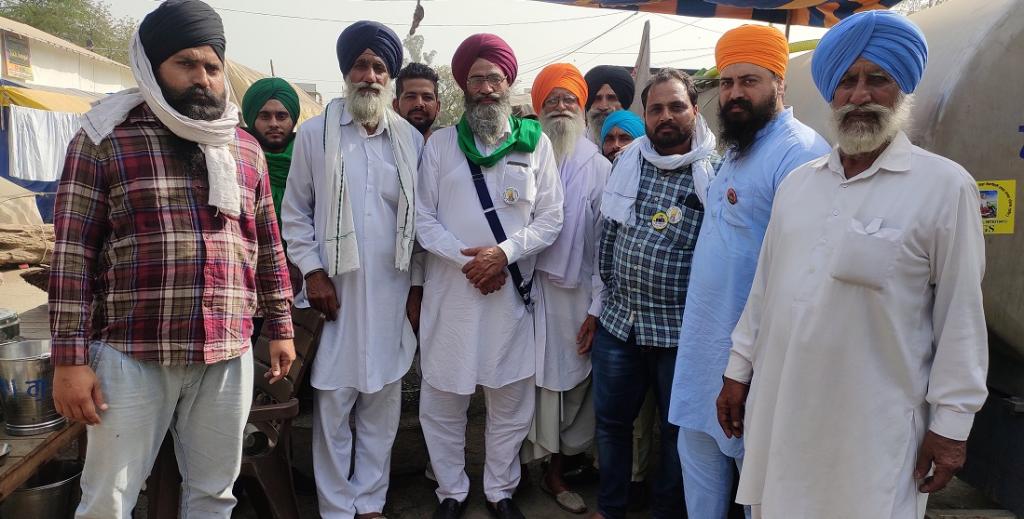 Thousands of farmers, mostly from Punjab, Haryana and Uttar Pradesh, sitting in protest at Delhi’s borders have made their point against the agriculture-related ‘reforms’ clear globally. But with the Narendra Modi government refusing to scrap the recent farm laws, the question that has been doing the rounds is: Will the agriculturists give up and go to harvest the rabi crop? Doesn’t seem so.

Down To Earth (DTE) took the question to several farmers sitting at the Singhu border. And they said they had a plan in place to get their wheat back in villages harvested without having to pack up and leave.

The logistics of harvesting and taking the produce to the mandis (wholesale markets) will be managed either by their family members back in the village, their neighbours or other people in the village. In fact, the plan is to first harvest the fields of the farmers protesting in Delhi.

For this, cooperation has been sought from the sarpanch, ward members and fellow members in the home village. The individual unions will be coordinating this to make sure farmers don't suffer any losses because of their absence.

This type of solidarity and cooperation have never been seen before, farmers at the Singhu border told DTE.

“It will take 15-20 days for harvesting the crop and taking it to the mandi. It will be managed. I came here (Singhu border) after sowing the wheat crop and my neighbour has tended to my crops throughout the season — from fertilising them to spraying pesticides. They all say you don’t worry; keep the movement strong,” Balram Singh from Khatrain Kalan village in Punjab’s Amritsar district said.

Ranjit Singh from Kaler Bala village in the same district came to the Singhu border March 5. He said while his neighbour was taking care of the fields, his son, who is in Class 9, was feeding the cows in his absence. “He is getting to learn on his own. It is a good opportunity for him that I am not there,” he said.

Plans for each district had been fleshed out in a way to ensure there would be enough protestors at the Delhi borders during the harvesting season.

Each time farmers from one district need to leave for harvesting, a new batch from another district will take their place .

“We will be going back districtwise. Even now, people are coming in batches. Today, a bus from Tarn Taran came. Next is Gurdaspur, then Ferozepur,” Balram Singh said.

Gurbaj Singh from Haryana’s Karnal district arrived March 17, along with other farmers from his district.

“I have 20 acres of land on which I have sown wheat. We have arrived today and other farmers have gone back. We will be going back once others arrive and take our place,” he said.

Sukhpal Singh from Anandpur Sahib tehsil of Rupnagar district in Punjab, came to the Singhu border in November 2020 and has not gone back even once. He said this strategy of farmers coming and going district-wise might soon become a regular practice.

When we came, the harvesting of paddy and sowing was already done and the timing was good. At that time, we did not know what shape the protest would take. But we were prepared for anything. Since I came here, my uncle in the village has managed my field. I feel it is going to be this way for a long period now and we are prepared. We will manage the upcoming harvesting and the sowing of the next crop in cooperation with all the villagers. The protest will go on

Jalandhar’s Joginder Singh said his neighbour called him every day to give updates about his crop.

“They tell us don’t worry at all and that all financial settlements will be done once we are back,” he said.

When asked about the scorching heat that Delhi sees every year in summer months, Ranjit Singh said: “What heat? We work in the fields, with the sun above our heads. We have a fan here and we are sitting inside tents.”