As per the NASA images pasted below, we are currently in the peak period of the paddy burning season. These satellite images taken by the NASA EOSDIS (Earth Observation Satellite Data and Information System) capture the ongoing paddy burning incidents in Punjab and Haryana. 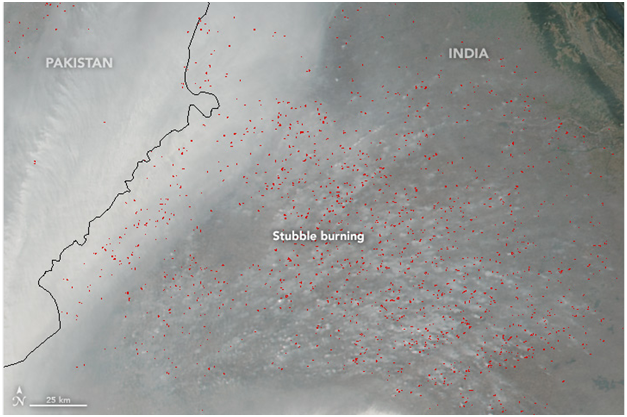 This image taken over Punjab and Haryana on November 6 shows the extent of paddy burning. Each red dot indicates large-scale crop residue burning over an area of 1 sq km.

The image shows the following things: 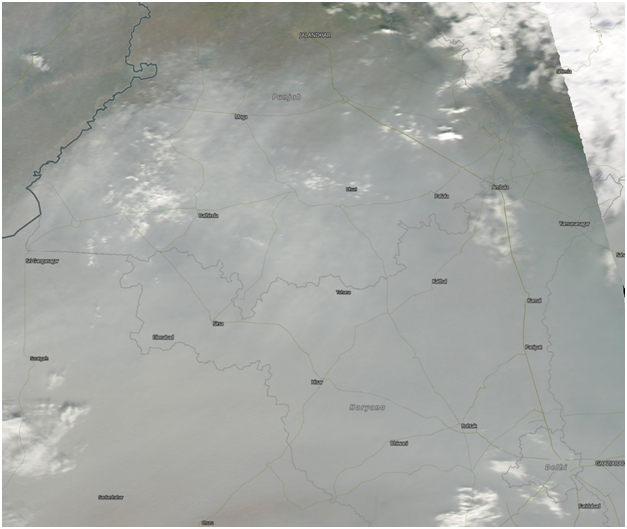 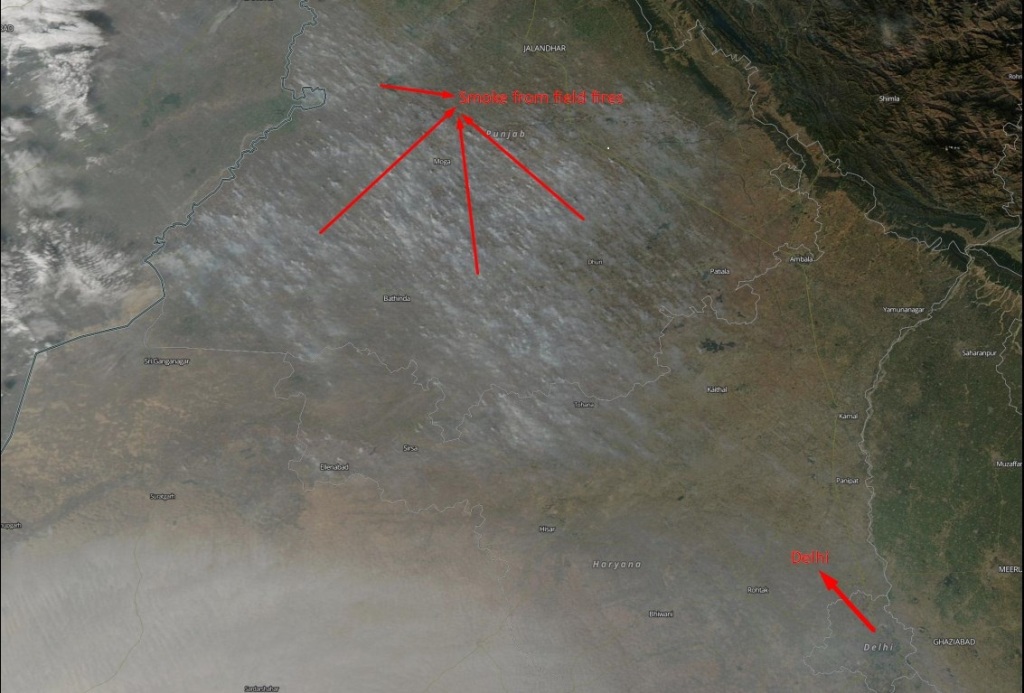 This image taken on November 11, the day of Diwali, shows smoke rising from field fires in Punjab 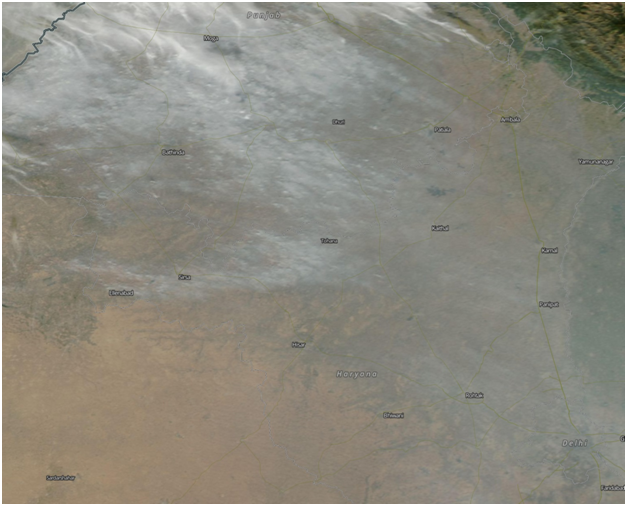 The image shows the following:

Satellite data and remote sensing technology clearly show that the issue of crop residue burning is continuing unabated in Punjab and Haryana. Of the two states, Punjab has been identified as the major offender. Favourable climatic conditions and wind speed have further helped deflect some of the pollutants released by firecrackers away from Delhi. But by taking a look around us, one can see that the air quality indicators show that the smog is back.