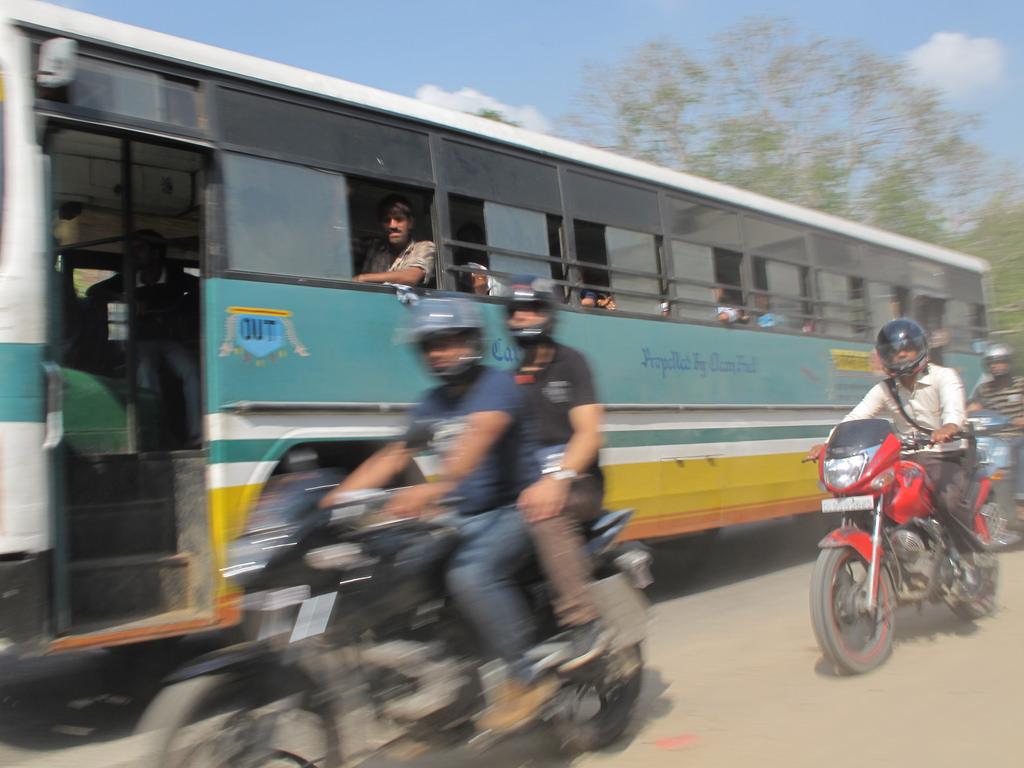 With the recent focus on pollution in the national capital, much has been done and said with regards to the sources of air pollution and the action taken towards improving the quality of air. However, many of tier II cities in India, including state capitals, have similar problems of outdoor air pollution. The Delhi-based Centre for Science and Environment (CSE) recently monitored the air quality in Meerut, Uttar Pradesh, which is one of the largest urban agglomerations in the National Capital region. The CSE team was supported by Raman Kant Tyagi, Director of the Meerut-based Neer Foundation, which has been highlighting the poor local air quality in Meerut.

For the purpose of analysis, outer and inner Meerut was separately monitored.

The average PM 2.5 concentration found on this route over 81 minutes of monitoring was 145μg/m3. The peak was as high as 518μg/m3.

According to the National Ambient Air Quality Standards notified by the Central Pollution Control Board in 2009, the 24-hour average safe limit standards for PM 2.5 is 60μg/m3, and 100μg/m3 for PM 10.

The graph below depicts the concentrations found in CSE’s monitoring vis-a-vis the national standards: 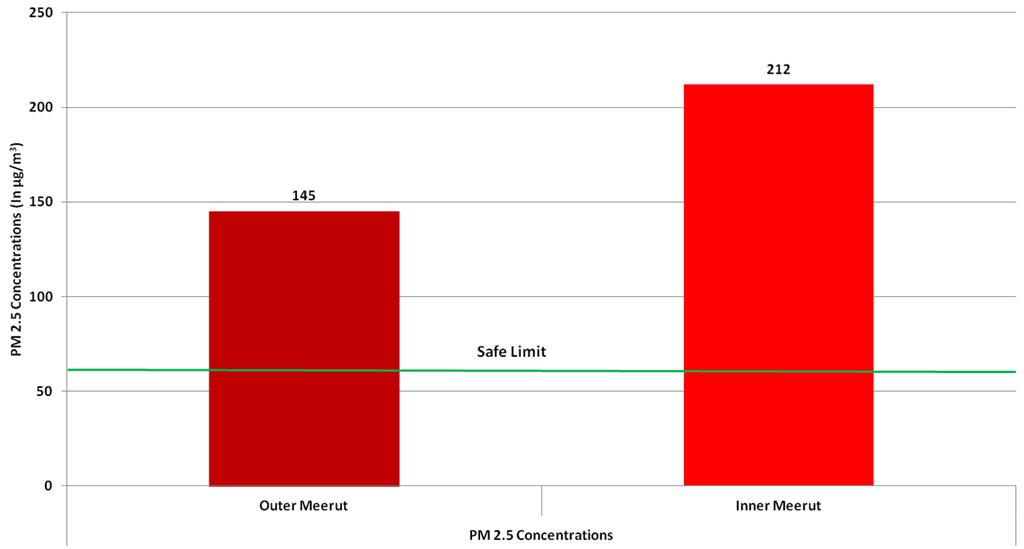 The pollution levels found in Meerut exceed the safe limits by 2-4 times. While outer Meerut, which is greener and has wide open spaces, sees the influence of industrial stack emissions and the presence of ambient air pollutants from other sources in Delhi and NCR. Inner Meerut sees the concentration and accumulation of these pollutants which remain trapped in the densely populated residential areas. Even in parks and gardens, the proximity to the sources remains constant. The single largest man-made source of pollution, which remains constant through the year, is vehicular emission. While other sources like pollution from burning of biomass and other agricultural residue and the widespread use of fireworks occur at specific times of the year, vehicular pollution remains constant. 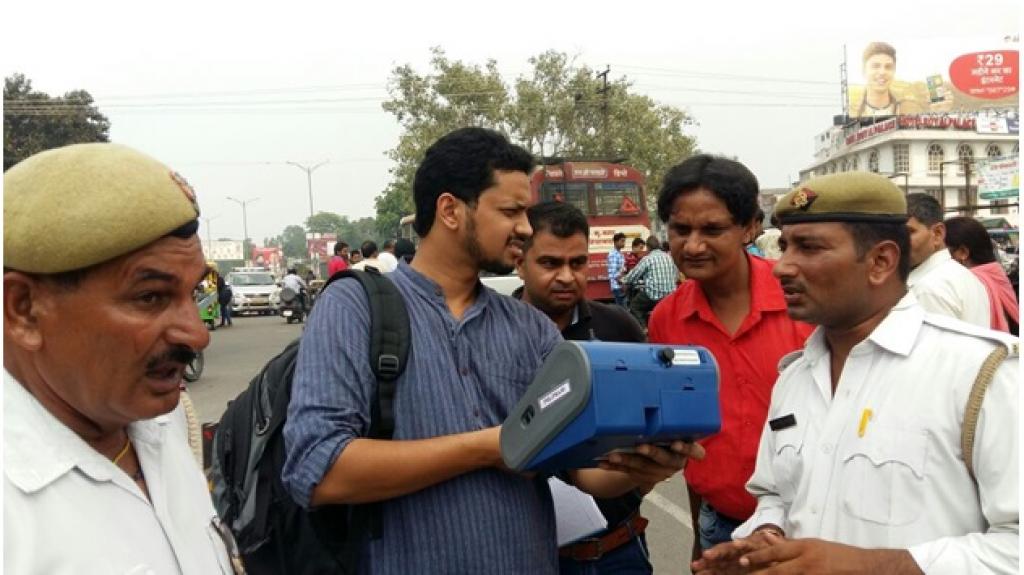 Moreover, many older and more polluting vehicles which are no longer permissible in Delhi are used freely in smaller towns such as Meerut. The emphasis on the enforcement of rules is lower in these smaller centres. For instance, in spite of the rule preventing the plying of heavy commercial vehicles within the city limits during daylight hours, many trucks emitting visibly soot-laden smoke were seen plying on the roads within Meerut. Similarly, while all public transport, including auto-rickshaws, buses and privately run minibuses, taxis and share-rickshaws are mandated to operate use cleaner CNG (Compressed Natural Gas) in Delhi, in Meerut, barely  50 km from Delhi’s borders, all these vehicles continue to operate on polluting diesel. The inability to use older and more polluting vehicles in Delhi also means that these vehicles are usually sold off to individuals and enterprises in smaller centres such as Meerut, where they are used till the end of their lives.

Similarly, industries are another major source of pollution caused in these smaller centres. The rules that regulate industrial emissions in Delhi are stringent in comparison to those governing industries in areas such as Meerut and Sahibabad. The enforcement of these rules is another question altogether. The focus of civil society and the media on air pollution in Delhi has considerably picked up in the last few years. However, the flip side of this is the lower attention paid to pollution in some of India’s smaller cities. It allows for some complacency to creep in, which, combined with a sense of false security in the assumption that “Our city isn’t as bad as Delhi” brings in, results in inaction over air pollution.

Regulatory agencies such as the Uttar Pradesh Pollution Control Board, along with local media representatives and civil society, will play a key role in highlighting the rising levels of air pollution and other issues with air quality in tier two cities such as Meerut.