These three state capitals have air quality as bad as Delhi

In the past eight days, Lucknow, Kolkata and Patna have recorded poor or very poor air quality levels

The primary pollutant in these capital cities was PM 2.5. Credit: Getty Images

With three ‘very poor’ and five ‘poor’ air quality level days in the past eight days (October 19-25), Delhi has rightfully made headlines for its deteriorating winter air quality. But an analysis of the same period shows equally worrying air quality levels in three state capitals—Lucknow, Kolkata and Patna.

The Central Pollution Control Board’s air quality index shows that in the past eight days, Lucknow had two very poor and six poor days. Even Kolkata had poor air quality on six of the eight days. As per the Air Quality Index (AQI), prolonged exposure to very poor air can result in “respiratory illness” and ‘poor’ air can cause “breathing discomfort to most people”. 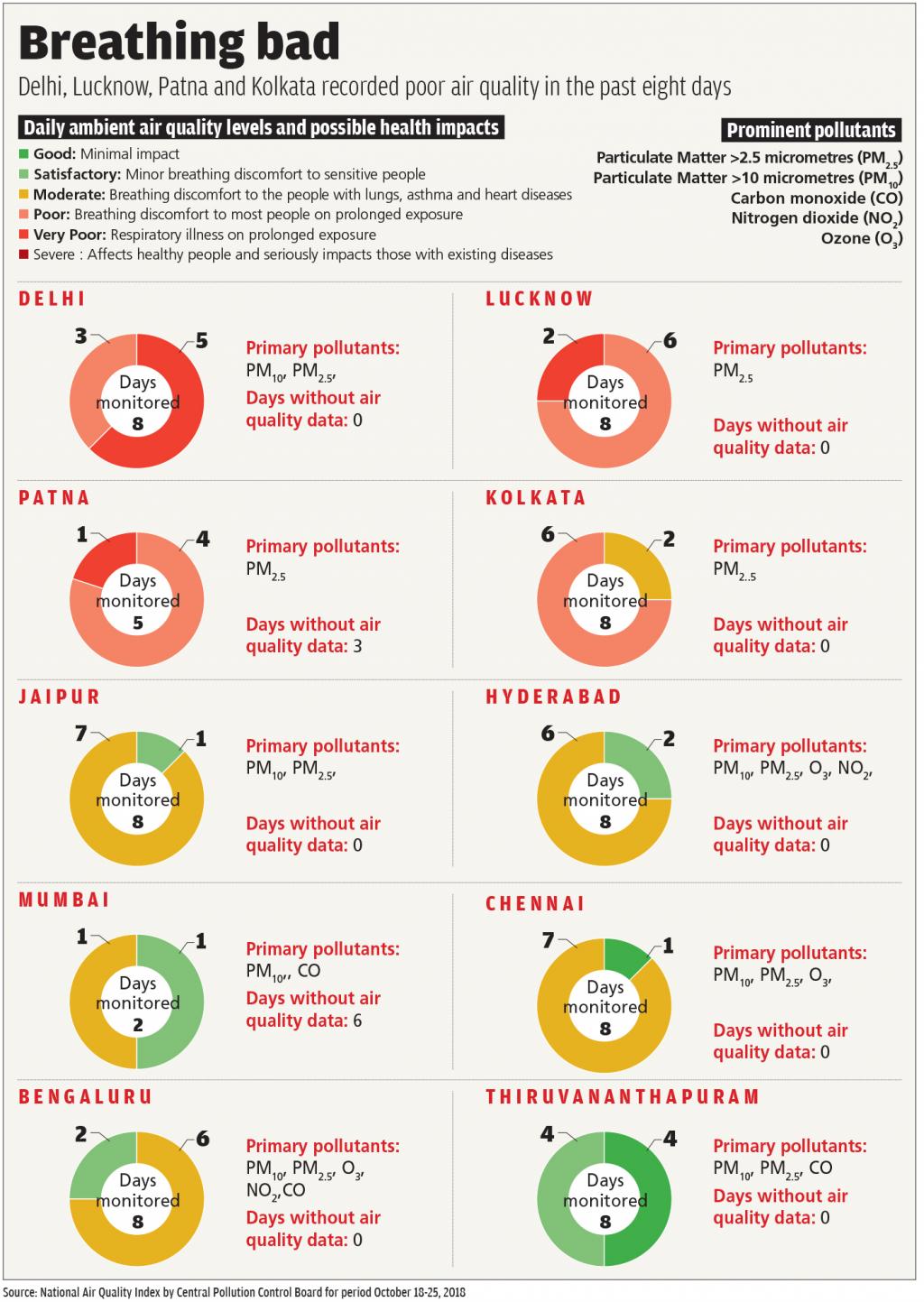 The primary pollutant in these capital cities was PM 2.5 (particulate matter with a diameter of less than 2.5 micrometers), which is caused by vehicles and industries, power plants, garbage dumping. All the capitals with poor air quality are in the Indo-Gangetic plain, which has inherent disadvantages due to its geographical location and soil composition.

With Diwali just days away, the governments of these states should act fast.