West Bengal government’s GRAP is neither graded nor forecasting-based like Delhi’s, say experts 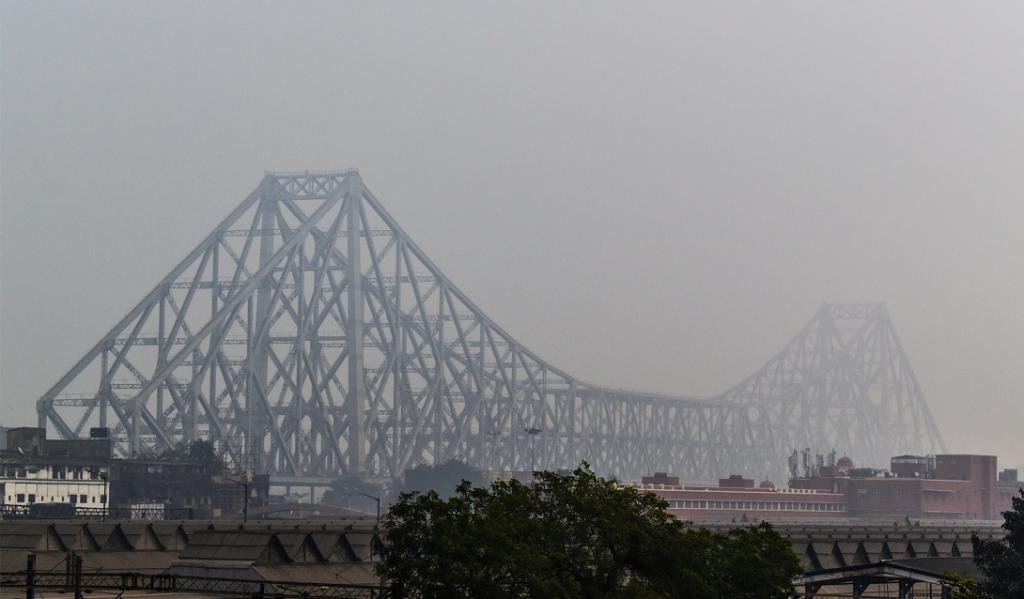 Kolkata’s air quality worsened significantly during the week November 21-27, 2022. It even overtook Delhi for a few days, leading the West Bengal environment department to announce a ‘Graded Response Action Plan’ (GRAP) to combat rising pollution in Kolkata and other non-attainment cities in the state like Howrah, Barrackpore, Durgapur, Haldia and Asansol.

Non-attainment cities are those that are critically polluted and have fallen short of the National Ambient Air Quality Standards (NAAQS) for over five years.

Experts, however, pointed out that the GRAP, announced by West Bengal Environment Minister Manas Bhunia recently, was neither graded nor in tune with the forecasting base GRAP model presently being used in Delhi.

Central Pollution Control Board (CPCB) data shows that on November 21, the Air Quality Index (AQI) of Kolkata was 150, which is considered ‘moderate’.

However, on November 27, the AQI was found to be 241 (‘poor’), a whopping 60 per cent rise compared to a week back. The most toxic air pollutant — ultra fine particulate PM 2.5 — was the trigger behind the AQI leapfrog.

Kolkata’s average AQI was higher than Delhi on two days during the week: November 24 and 25.

Individual automatic air pollution measuring centres in the city have recorded even poorer air quality. On November 28, all the seven automatic monitoring points in the city recorded ‘very poor’ AQI, mostly during midnight and early morning.

“Surface temperature inversions, cool air being trapped closer to the surface with high pollution load, play a major role in deteriorating air quality during the winter when these inversions are the strongest,” an expert in the state environment department told this reporter on the condition of anonymity.

The expert further pointed out that “pollutants from vehicles, burning, area sources, and industry get trapped near the ground during inversions, leading to poor air quality”.

Manas Bhunia, West Bengal’s environment minister, announced a 10-point “graded response action plan (GRAP)” last week to counter the surge in air pollution during this winter in Kolkata and other non-attainment cities of West Bengal. The plan was subsequently launched on November 26 in all the target cities.

GRAP is a set of emergency measures that are imposed to prevent further deterioration of air quality, once it reaches a certain threshold. Stage 1 of GRAP is activated when the AQI is in the ‘poor’ category (201 to 300), while stage 2, 3 and 4 are imposed when the air quality turns ‘very poor’, ‘severe’ and ‘severe plus’.

However, Bengal GRAP, as announced now, is not graded. “In an effort to prevent a surge of air pollution during the coming days, we are imposing a GRAP for Kolkata and other non-attainment cities in the state. If the situation warrants, we will impose stronger measures,” the minister stated when the non-graded structure of the plan was announced.

Anumita Roychowdhury, executive director (Research and Advocacy) and head of the air pollution and clean transportation programme at the Centre for Science and Environment (CSE), New Delhi, pointed out that GRAP needs to be in tune with the pollution level.

The higher the pollution, the more stringent and restrictive the plan should be.

“The current strategy in West Bengal is focused on enforcement of regular measures. But GRAP requires graded and progressive interventions including stringent actions and restrictive measures as air quality worsens from poor to very poor category and beyond,” she told this reporter.

“The model of GRAP, that is imposed when certain pollution level is reached, is presently being scrapped in Delhi as there is no point in imposing norms when people have already been exposed to high level of air pollution,” Gufran Beig, programme director of System of Air Quality Forecasting and Research (SAFAR), set up under Indian Institute of Tropical Meteorology, told this reporter.

A document, Policy to curb air pollution in the National Capital Region, prepared by the Commission for Air Quality Management in the NCR and adjoining areas, reads: “Proactively implement GRAP measures based on air quality forecasts, rather than retroactively implementing them once acceptable levels are breached”. West Bengal presently has no air pollution forecasting system.

“We are already doing such forecasting in several cities and are prepared to set up such a system in Kolkata if the state pollution control board and state environment department wants,” Beig added.

“We are also planning for at least a 3-day forecasting-based GRAP model for Kolkata and are speaking with expert agencies,” Kalyan Rudra, chairman of the West Bengal Pollution Control Board told this reporter.