Lack of adequate monitoring of polluting industries beyond Kolkata among causes behind the trend, claim activists 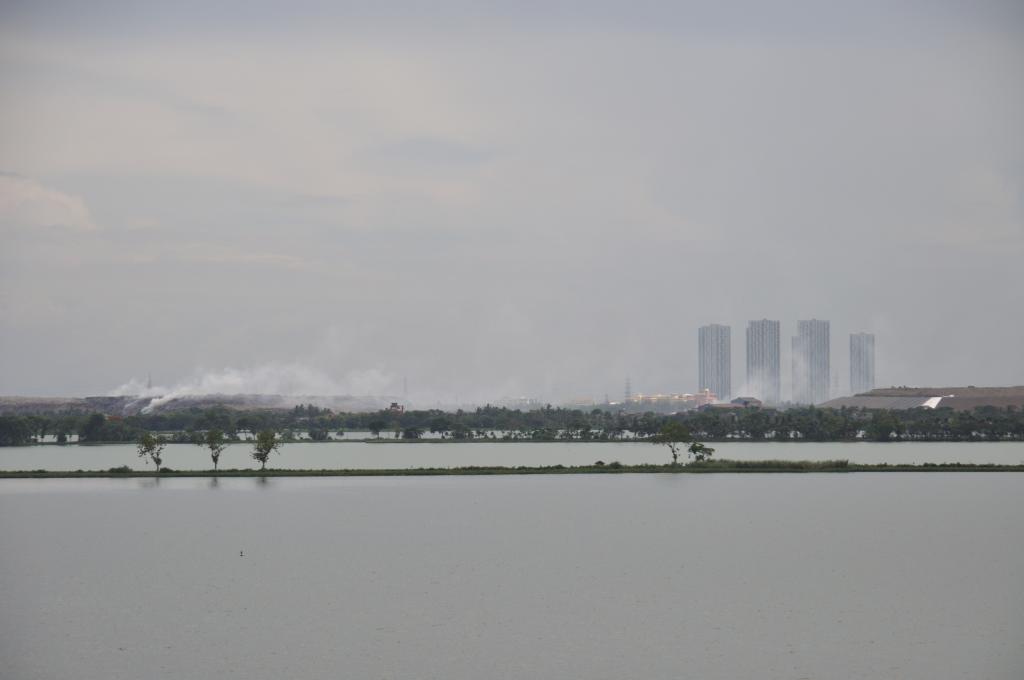 Air pollution in Kolkata — often considered on a par with Delhi for being the most polluted metropolitan city in the country — declined during 2017-19. But the trend was not observed for West Bengal, where air pollution rose during the period, particularly in rural districts.

An analysis of the National Clean Air programme by environmental non-profit Climate Trends showed that the trend continued even in 2021. Lack of adequate monitoring on polluting industries beyond Kolkata was the main cause behind the trend, claimed environment activists.

West Bengal, in 2019, accounted for the second-highest number of deaths linked to air pollution — 20.8 per cent of overall deaths — after Rajasthan in the country.

The onus of the rise mainly fell on districts away from Kolkata.

PM 2.5, considered more potent than PM 10, was not considered for the analysis.

As many as 15 of 22 districts in Bengal in 2017 recorded annual average PM10 level higher than the nationally permissible limit of 60 micrograms. The number of non-attainment districts rose to 20 in 2018; and in 2019, only Kalimpong’s average PM 10 level (57.51 micrograms) was within the national limit.

Bardhaman (undivided) topped the pollution chart with 171.95 micrograms per cubic meter PM 10 concentration, nearly three times above limit. It accounts for 60 per cent of the rural population in the state. Bankura district, with highest rural population at 91.7 percent in the state, came second (142.17 micrograms per cubic meter PM10 concentration).

Districts such as Malda, Murshidabad, Birbhum, Paschim Medinipur recorded more than 100 micrograms annual average PM 10 level, which is 40 per cent above the limit.

Between March and May 2021, nine of the 10 most polluted locations in West Bengal recorded a PM 2.5 concentration higher than the safe limit of 40 micrograms per cubic meter of air prescribed by the Central Pollution Control Board, according to Climate Trends analysis.

District stations like Durgapur and Asansol claimed the first and third most polluting spots; Rabindra Bharati in Kolkata was at the second spot.

“We have written to all district magistrates and superintendents of police to keep a close watch on polluting industries in the districts,” said Kalyan Rudra, chairman of state pollution control board.

Kolkata continues to have about 40 per cent higher toxic PM 10 load compared to national permissible limit, despite signs of declining.

PCB report showed the annual average of PM 10 and PM 2.5 were 105.1 and 56.4 micrograms per cubic meter in Kolkata during 2019. This was about 10-20 per cent lower than the comparative statistics in 2017, but still way over the respective national limits.

The report said concentration of nitrogen oxide, a pollutant mainly gushed out by diesel-driven vehicles along with the industries, increased marginally in 2019 compared to 2018 within the city limit.

“We could significantly control air pollution in Kolkata during the last few years due to a range of actions we took over time,” said Rudra.

But the analysis by Climate Trends sounds an alarm bell: The summer PM 2.5 pollution in Kolkata plummeted from 41.8 micrograms to 28 micrograms from 2019 to 2020 due to the restrictions imposed in the wake of the pandemic. But the levels rose to 37.4 micrograms again this year, touching the pre-pandemic levels.

Green activists claimed that rampant violation of green norms in districts, particularly those within the industrial belt, has been the main cause of the increase air pollution levels in areas beyond Kolkata.

“The state PCB tries to control pollution only in Kolkata as people, judiciary and media attention rests there. Monitoring in districts is generally poor particularly in Barddhaman and Bankura, as sponge iron, ferro-alloy and other industries generate pollution unabated. We have been getting this feedback from the local people for quite some time and now, PCB report confirms it,” said Naba Dutta, activist and secretary of environmental platform Sabuj Mancha.

Activist Subhas Datta, who has moved judiciary a number of times on the issue of air pollution, pointed out that Kolkata has only become cleaner by default as it has largely outsourced its pollution.

“Polluting industries have been mostly shifted from cities, so have the polluted commercial vehicles under court order. Many of these have ended up in rural areas,triggering pollution in the belt,” he said.

They claimed that moderately / less polluting industries have an almost free run as district industrial centres, to whom PCB has largely outsourced the responsibility of monitoring such industries in districts, do not have the capacity or the infrastructure to undertake the task.

Rudra, however, attributed the rise in pollution in these districts to stubble burning and trans-boundary pollution. He, however, admitted that wider data collection and studies were required to assess the actual dynamics.

“We are already in the process of setting up air pollution monitoring stations in West Bengal and have given Indian Institute of Technology, Delhi the responsibility to analyse the result. The pandemic, unfortunately, has pushed back the initiative,” Rudra said.

Only seven districts currently have the infrastructure to measure PM 2.5; and several districts with high PM 10 value fail to measure the most toxic pollutant.

‘Soil pollution may be a factor’

“The trend and data set is interesting and needs a detailed analysis; but on the outset it seems that the soil may be a potent source behind the rise in districts,” said Sagnik De, a scientist from IIT-Delhi, who has been engaged with state PCB on analysing the trend.

“I feel that apart from the critical role played by local large, medium and small polluting industries, soil pollution in villages may be contributing to the trend,” said Abhijit Chatterjee, a scientist from Bose Institute.

They said trans-boundary sources have a minimal role in the trend. “PM 10, being denser particulate, is unlikely to travel a long path as may be possible for finer PM 2.5,” said De.