Testing rates in countries across the continent are abysmally low, where community transmission has been confirmed

Countries in Africa are ‘fighting novel coronavirus disease (COVID-19) in the dark’ as they are not testing their citizens enough, the International Rescue Committee (IRC) has said.

Testing rates in each of the 21 countries that it works in are abysmally low and much below the guidelines set by the World Health Organization, the international aid and humanitarian organisation, said in a recent statement.

The testing rates of some of the countries where the IRC works are:

Nigeria, which has the lowest testing rate among these countries, is the second-most infected country in Africa after South Africa. 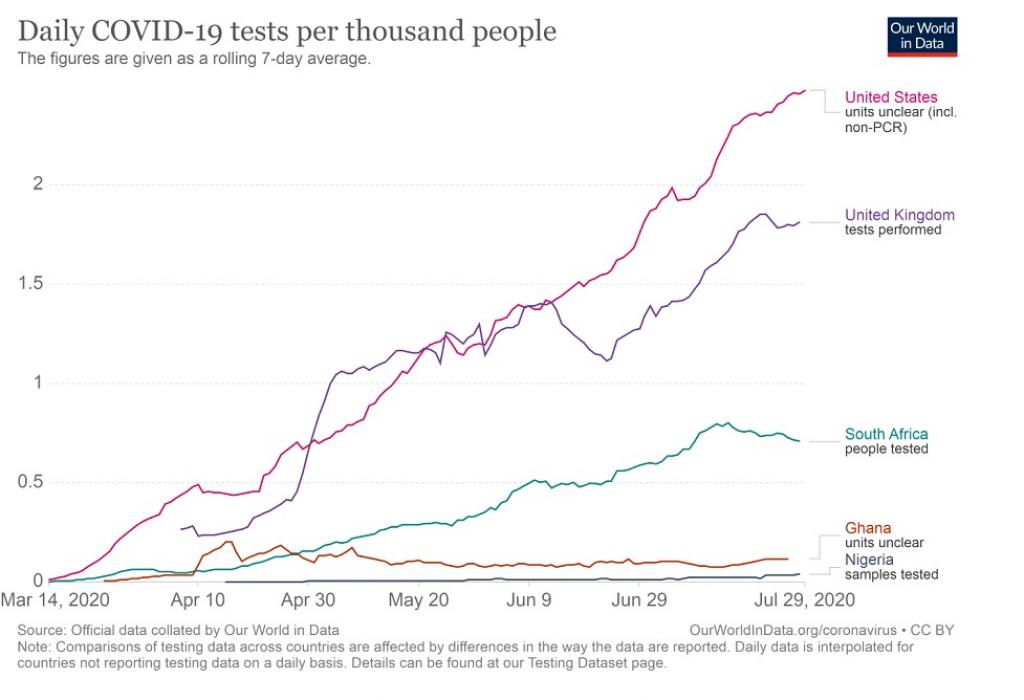 Worse, Tanzania declared itself as ‘corona-free’ on June 8, 2020 even though its testing rate was 63 tests per million.

But people from Tanzania travelling to other countries have been found to be COVID-positive, thus raising doubts on the claims of a ‘corona-free nation’ made by its president.

Under-testing is even more worrying as community transmission has been confirmed in 34 out of 54 countries, up from 26 countries in June.

Chad and Niger, with low testing, have also recorded the highest case fatality ratio of 8.1 per cent and 6.1 per cent respectively.

Even though the tests are too less than ‘what is required’, a high percentage of these have been found to be corona positive. 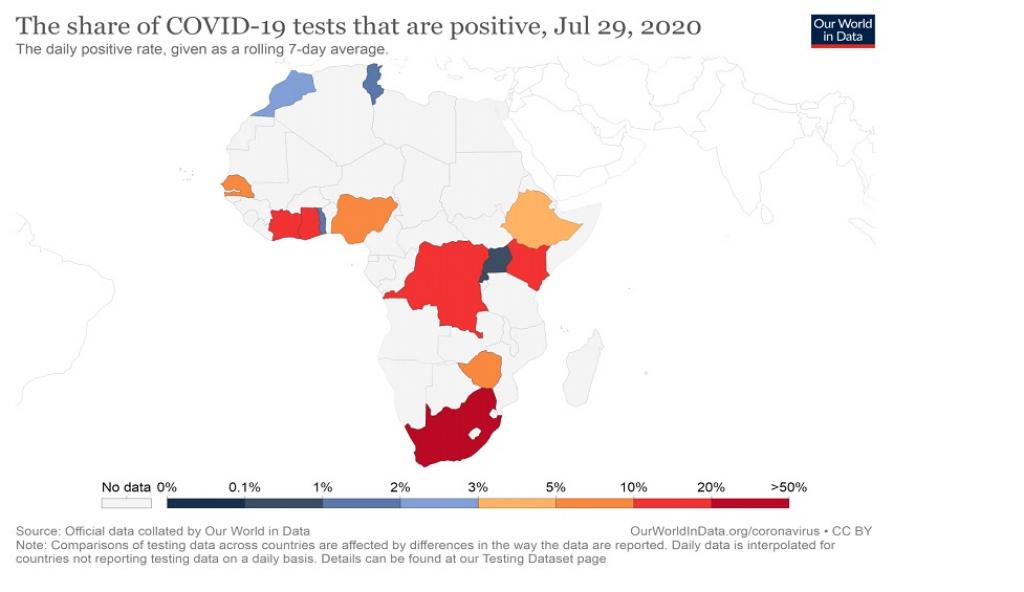 The shortfall in testing makes it nearly impossible to understand the extent of the pandemic — let alone put measures in place to stop it, IRC said.

Data deficit further adds to the challenge. For example, nearly one-third of the continent was devoid of data on tests conducted for confirming COVID-19 cases, according to estimates made available by the Our World in Data database.

“Where testing is insufficient, we are fighting this disease in the dark. The doubling of confirmed COVID cases in July across African countries is alarming, but we are worried that this could be the tip of the iceberg,” Stacey Mearns, senior technical advisor of Emergency Health at the IRC, was quoted to have said in the statement.