Antarctic ozone hole — one of the largest, deepest — closes 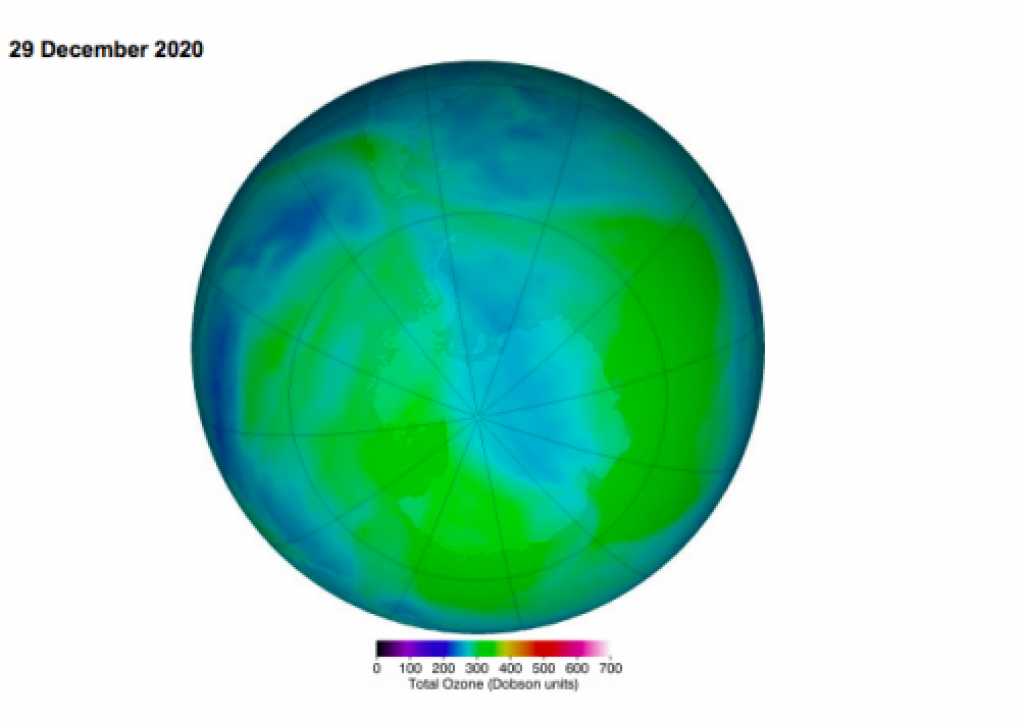 The Antarctic ozone hole — one of the deepest, largest gap in the ozone layer in the last 40 years — has closed,according to World Meteorological Organization (WMO) January 6, 2021.

The annually occurring ozone hole over the Antarctic had rapidly grown from mid-August and peaked at around 24 million square kilometres — one of the largest so far — in early October 2020.

The expansion of the hole was driven by a strong, stable and cold polar vortex and very cold temperatures in the stratosphere. The same meteorological factors also contributed to the record 2020 Arctic ozone hole, which has also closed.

A polar vortex is a wide expanse of swirling cold air, a low pressure area, in polar regions. During winters, the polar vortex at the North Pole expands, sending cold air southward.

An ozone hole is the thinning of the ozone layer boosted in size by colder temperatures.

As the temperatures high up in the stratosphere starts to rise, ozone depletion slows, the polar vortex weakens and breaks down. By the end of December, ozone levels return to normal. This time around, however, the process took longer.

The formation of ozone hole in the Antarctic has been an annual occurrence and has been recorded for the last 40 years. Human-made chemicals migrate into the stratosphere and accumulate inside the polar vortex. It begins to shrink in size as warmer temperatures dominate.

The 2020 Antarctic hole was unprecedented as the polar vortex kept the temperature of the ozone layer cold, preventing the mixing of ozone depleted air above Antarctica with ozone rich air from higher latitudes.

The Montreal Protocol on Substances that Deplete the Ozone Layer regulates production and consumption of nearly 100 chemicals referred (OSD). Since the ban on halocarbons, the ozone layer has slowly been recovering, according to WMO.