With Parties differing on their fundamental stances, creation of a robust and fair Paris climate rule book looks like a tough task 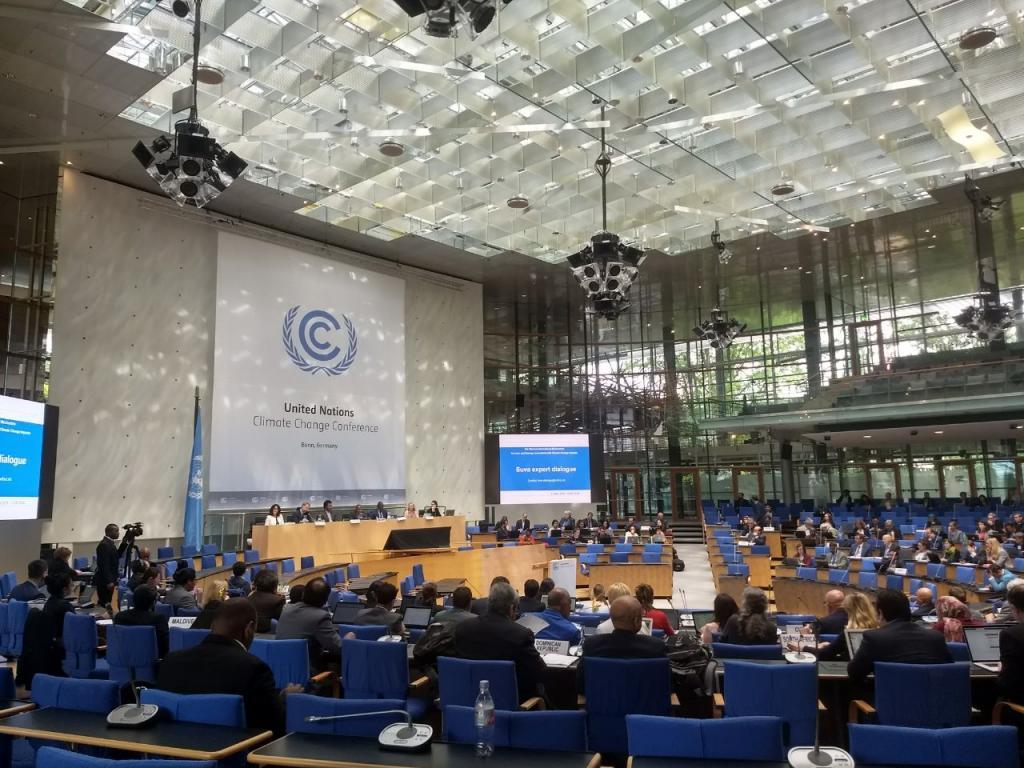 Considering the slow pace of negotiations, creating the rule book under the Paris Agreement by the end of this year is going to be a steep task. Credit: Shreeshan Venkatesh

The forty-eighth session of Subsidiaries Bodies (SB) (April 30-May 10, 2018) concluded here in Bonn on Friday with very slow progress on formation of rule book for implementation of Paris Agreement. It is going to be a tough year ahead as the Parties have to come up with a robust rule book at Katowice, Poland 2018.

The Paris Agreement was adopted in December 2015. After its coming into force a year later, Parties started working on negotiating bodies—Subsidiary Body for Finance (SBI), Subsidiary Body for Scientific and Technical Advice (SBSTA) and Ad-hoc working group on Paris Agreement (APA) under the Paris Agreement Work Programme (PAWP)—for detailing the modalities, procedures and guidelines (MPGs) or the ‘rule book’ of various elements under the climate deal. This year is crucial as the mandate is to create the rule book by the end of this year in Katowice, Poland in December 2018.

The process and the status

At Bonn, discussions took place on different agenda items related to Global Stocktake, Transparency Framework, Information on NDCs (nationally determined contributions), new market mechanisms, adaptation fund and other issues related to Paris Agreement. Parties struggled to have a comprehensive text which could form the basis of discussions resulting in the rule book. Instead, informal consultations resulted in emergence of informal texts with successive iterations that do not have any legal standing. To convert the informal texts to formal legal texts which is more comprehensive with fewer options would involve lot of deliberations and compromise on the part of the Parties—a process now left to the session in Bangkok in September.

During the talks, the same old divide between developed and developing countries continued  over the issue of differentiation across a range of issues, including accounting, finance, enhanced transparency framework, global stocktake, adaptation communications. Parties also discussed issues like common time frames for NDCs, capacity building, and information to be reported in adaptation communications that should not be duplicated under transparency framework.

Developed countries, led by the US and EU, opposed constructive outcomes on pre-2020 actions. They also opposed to launch a process on deciding new quantitative goal for finance by 2025, to provide ex-ante biennial communication under Article 9.5 of the Paris Agreement and to operationalise the Adaptation Fund. Regarding technology transfer, developing countries underlined the lack of discussion on institutional arrangements domestically. On market mechanism, Parties welcomed the draft note containing iterations of discussions held on topics, including ITMOs (internationally transferred mitigation outcomes), non-market approaches and sustainable development mechanism.

Progress happened in the area of agriculture. The Koronivia joint work programme on agriculture was adopted to identify and address climate impacts in agriculture. Within the programme, Parties agreed to conduct workshops leading to a global strategy to address climate impacts in agriculture. In addition, they also agreed to submit proposals on assessment of adaptation, co-benefits and resilience agriculture, soil carbon and soil quality, nutrient use and manure management, livestock systems, and the socioeconomic and food security dimensions of climate change impacts.

The Suva expert dialogue was conducted parallel to the negotiating session on May 2 and 3. Ahead of the Dialogue, delegates from the island states and developing countries pushed for a roadmap for mobilising finance and urged developed countries “to clean up the mess they have done to the environment” by paying for loss and damage impacts. However, at the dialogue, it was disappointing to watch developed countries hardly making any interventions on the topic depicting their complete disregard for the extremely crucial issue of loss and damage. No real progress emerged out of the dialogue which proved to be another talkshow on loss and damage.

The Paris Agreement, though non- binding and only facilitative in nature, is celebrated largely because of the ambition mechanism under which Parties are mandated to submit revised and scaled up climate action plans (or the NDCs) in successive round of submissions, with no backsliding. The Talanoa Dialogue (or the Facilitative Dialogue) is the mechanism to take stock of the current climate efforts to inform the next round of climate actions or the NDCs in 2020.

Around 315 representatives from Parties, non party stakeholders, civil society, businesses, sub-state and local officials, youth forums, indigenous peoples’ forums, activists, researchers, sat together and shared their experiences of dealing with climate impacts. While businesses shared their experience with low-carbon growth, renewables and energy efficiency, representatives also shared the experiences of rising climate impacts. This event, which was a series of presentations by representatives, was a welcome change from the regular UNFCCC sessions. It proved to be a trust building exercise held in a format of conversation.

The spirit of Talanoa Dialogue needs to continue but there is little clarity on how this dialogue, which will move into the political phase during COP 24 at Katowice, will raise ambition, considering that the ambition mechanism is nationally determined, leaving the scope of scale of NDCs to Parties. How the outcomes of the dialogue would be captured and what role would IPCC report on 1.5 degree would play in informing the outcomes of the dialogue is another daunting question.

Further, there is general understanding that this dialogue cannot be restricted to UNFCCC and forums such as the Petersberg Climate Dialogue and ministerial meetings where delegates can be pushed for greater ambition. Whether such exercises would result in raising NDCs significantly (beyond the mandated ratcheting up) to close the emission gap and meet the goals of Paris Agreement is a big question confronting the world.

Finance is the most significant element for implementation of Paris Agreement. However, the deadlock over this issue seems to be never ending with developing countries pushing for predictable and sustainable finance and developed countries pushing for increasing donor base. There needs to be clarity on achieving the mandate of US$100 billion by 2020 and discussions need to be initiated for increasing the amount by 2025. Since finance is cross cutting in nature, its operationalisation in Adaptation Fund and loss and damage gains paramount importance as both adaptation and loss and damage issues suffer for lack of funds.

Considering the slow pace of negotiations, the process to start textual negotiations would happen latest in Bangkok. With Parties differing on their fundamental stances and consensus required on almost all agenda items, it would be daunting to find areas of convergence and convince parties to compromise. How Polish Presidency would be able to navigate issues considering their deplorable record of being laggard in climate change agenda makes the formation of robust and fair rule book even more challenging. However, to not discredit the process and follow the mandate that Parties themselves agreed, it is essential to prepare the rule book by 2018 to build trust, identify areas of cooperation and raise ambition.