Canadian first to be diagnosed as suffering from climate change

A doctor in Nelson, British Columbia wrote ‘climate change’ as part of his diagnosis of an elderly patient suffering from multiple problems exacerbated by the deadly North Aerican heatwave in June 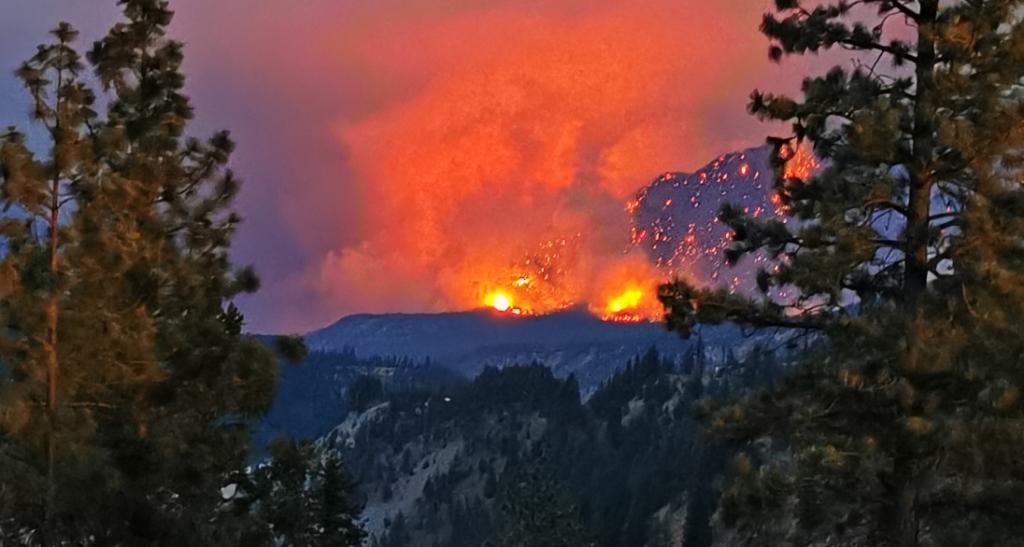 The Canadian town of Lytton in British Columbia burns due to an unprecedented heatwave in late June this year. Photo: istock

A woman in her seventies, who lives on a trailer in the Canadian province of British Columbia, has been clinically diagonosed to be suffering from ‘climate change’ by a doctor whom she visited in late June this year, according to a Canadian newspaper.

June was the time when a searing heatwave hit the Pacific coast of the United States and Canada. It killed 500 people and worsened air quality in the region for the susbequent two months as deadly fires started in its wake.

The woman went to visit Dr. Kyle Merritt at the emergency room department at Kootenay Lake Hospital in Nelson, British Columbia. “She has diabetes. She has some heart failure ... She lives in a trailer, no air conditioning,” Merritt told the Times Colonist, based out of Victoria, British Columbia.

“All of her health problems have all been worsened. And she's really struggling to stay hydrated.”

The woman was asthamatic and the heatwave had made it even more difficult for her to breathe. It was then that Merritt wrote climate change in his patient’s chart.

British Columbia, alog with the US states of Washington and Oregon bore the brunt of the June heatwave. The town of Lytton in the province was destroyed by fires that began because of the blazing heat.

The heatwave was caused by what is called a ‘heat dome’. It is a ‘ridge of high pressure’. It ‘acts like a lid or oven on the atmosphere’. Hot air rises but the high pressure pushes it back to the surface where it heats up even more.

Merritt’s diagnosis of the patient led to local doctors in the area coming together to launch an initiative called Doctors and Nurses for Planetary Health.

The team has described itself on its website as a group of healthcare professional “working to better human health by protecting the planet."