Climate change an indirect cause of whale strandings, say experts 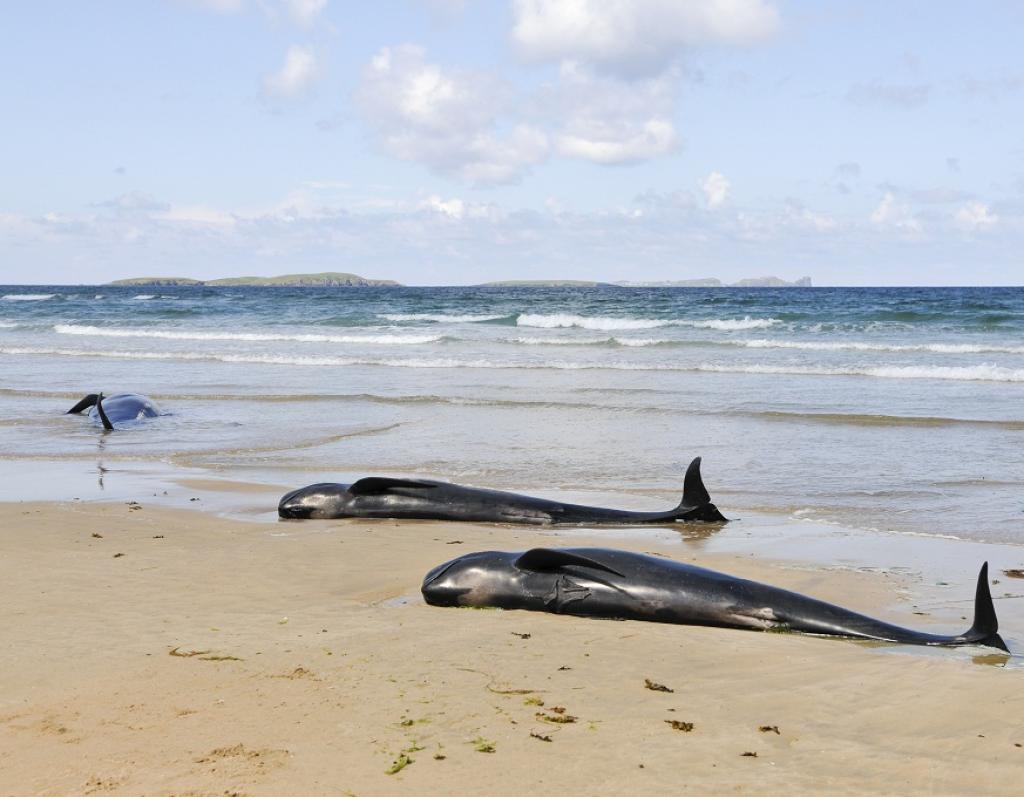 Climate change has an indirect role to play in the strandings of marine mammals like whales; scientists have told Down To Earth.

“Whales find their way through echolocation. Disturbances in the signals cause a whale to lose its way,” says A Murugan, Professor of Marine Biology at V O Chidambaram College, Thoothukudi.

He then elaborates: “Climate change has an indirect effect on the echolocation mechanism of marine mammals such as whales. During climate change-triggered events such as high waves or high-speed winds in mid-sea, the natural echosystem is disturbed. While whales usually keep away from the shoreline during such events, they cause the echolocation mechanism in them to malfunction and cause them to think that the shoreline is a part of their territory. They thus head towards the shore and strand themselves.”

Dipani Sutaria, Gujarat-based ecologist and expert on marine mammals, offers more reasons. “Warming sea temperatures cause multiple changes in the seascape,” she says. “Major shifts in the biological, chemical and physical characteristics of the habitats that marine mammals inhabit would eventually affect their prey availability and physiology. So, indirectly, climate change of course would play a role in the state of their fitness and health, and could lead to starvation or movement into nutrient-rich waters. However, we cannot directly say that stranding mortality is because of climate change.”

Gill Braulik, a British river and marine ecologist and an expert on the Indus dolphin, says, “Whales and dolphins have been stranding for thousands of years. There are many many reasons that strandings occur, to find the cause requires a detailed investigation by a veterinary pathologist, and even then, often a cause cannot be determined. Strandings occur when animals become disoriented in shallow complex areas, when they are sick, fleeing from a predator, due to poisoning from pollution or algal blooms.  Strandings are very often linked to human activities, especially mortality in fishing nets and sometimes due to naval sonar. Climate change can cause species to shift distributions to new areas but alone is not likely to cause strandings.”

Adds Murugan: “Strandings also happen when the sea is calm. The theory offered here is that each whale pod is led by a leader and if the leader loses its way and strands itself on the beach, the other follow suit.”

The experts’ comments come even as a group of up to 145 pilot whales died after becoming stranded on a beach on Stewart Island in New Zealand.

The animals were discovered by a walker late on November 24, strewn along the beach of Mason Bay.

Authorities said half the whales had already died by then, while the other half were put down as it would have been too difficult to save them.

Indian territorial waters, which stretch from Sir Creek in Kutch to the Sundarbans in West Bengal, are also home to a number of whale and dolphin species. “We have 25 to 27 species of toothed whales and four species of baleen whales in our waters,” says Sutaria.

And Indian waters are not a stranger to whale strandings. Eighty-one short-finned pilot whales got stranded on the shores of the port city of Thoothukudi in Tamil Nadu on the night of January 11. Forty-five were found dead while 36 were marooned on the beach, with little hope of surviving.

Braulik says that the coming years will see more revelations about why whales strand. “The last few years have already led to the discovery of new causes of mass strandings especially those related to human-created underwater noise. As science moves forward, more revelations will almost certainly occur,” she says.