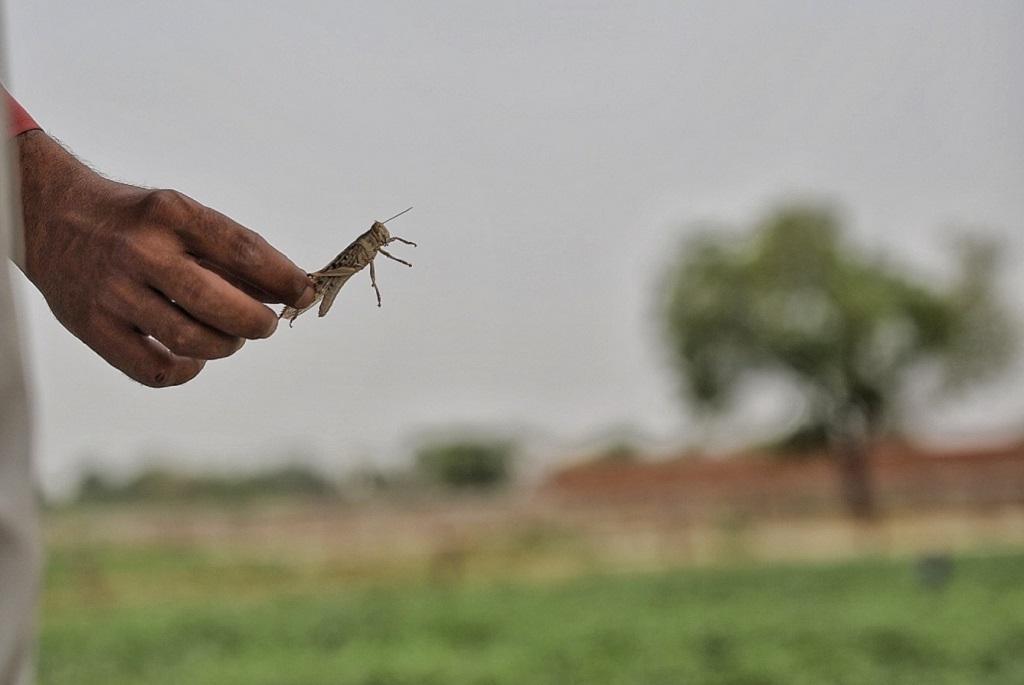 Infestation of desert locusts, which has plagued a vast swathe from eastern Africa to India in recent years, is closely linked to climate change, experts said.

Plans to mitigate climate change, therefore, must include action against pests and diseases, according to panelists at the Global Landscapes Forum Climate hybrid conference.

The conference was recently held alongside the 26th Conference of Parties (CoP26) to the United Nations Framework Convention on Climate Change.

Locusts have been a bane especially to farmers in several countries, including India, Pakistan and Iran.

Change in cyclonic patterns over the Arabian Sea is behind the locust invasions in east Africa, west and south Asia, experts told Down to Earth in 2020. Unusual rainfall in Iran helped in their breeding.

The event was co-organised by TMG Think Tank for Sustainability, the German Federal Ministry of Economic Cooperation and Development, the Intergovernmental Authority on Development and the Swette Center for Sustainable Food Systems at Arizona State University, United States.

They, however, cautioned about the use of highly toxic pesticides to control locusts.

Read Full coverage: How India can fight the locust plague

Some of the pesticides used are considered highly toxic by the Pesticide Action Network. Organophosphate pesticides such as Malathion and Chlorpyrifos, for instance, are highly toxic to humans and animals.

Heavy use of a broad-spectrum pesticide may slow down the desert locust invasion but they also exert significant external costs on the environment and human health, the experts warned.

By March 2021, 1.8 million litres of pesticides were used to control locusts in East Africa. This may increase to over two million litres by the end of 2021, according to the Food and Agriculture Organization of the United Nations (FAO).

The cost of inaction must be weighed against the costs of early warning systems, said Alexander Müller, founder and managing director of TMG.

In East Africa and Yemen alone, damages and losses in 2020 due to locusts could amount to as much as $8.5 billion, according to the World Bank.

The long-term response and recovery costs could top $1billion if swarm growth is not controlled, according to estimates by the World Food Program.

Locust infestations can also harm livelihoods and be a threat to regional investments in ensuring food security, said Sebastian Lesch, head of the agriculture department, German Federal Ministry of Economic Cooperation and Development.

TMG called for a paradigm shift including the following measures:

In December 2019, Kenya had its worst locust invasion in 70 years, recalled Anne Maina from the Biodiversity and Biosafety Association of Kenya at the conclave. “But, due to lack of relevant knowledge, expertise and training, the problems worsened.”

Toxic pesticides are harmful for not just health but biodiversity too, she added. They are a threat to pollinators and wildlife.

It is important to fund research on the biopesticide sector which remains extremely underfunded, according to Kathleen Merrigan, executive director, Swette Center for Sustainable Food Systems at Arizona State University.

Satellite and weather data, along with field observations, can be used for building powerful predictive models on breeding sites, said Emily Kimathi, International Center of Insect Physiology and Ecology.

She said this on the basis of the successful model used for prediction of breeding sites of desert locusts in East Africa.

Digital tools to fight locust attacks are already in use, reminded Keith Cressman, senior locust forecasting officer, FAO. “But the system is not fail-proof.”

There are no technological silver bullets to address the locust crisis, he said, highlighting the need to develop  a robust early warning system and catalysing the ability for rapid action.

The organisations responsible for preventing locust attacks face tremendous financial hurdles. In February 2020, $138 million was required by FAO to combat locusts outbreaks in East Africa. The organisation received only $33 million from donors.

There is a need to raise awareness amongst farmers and local communities as well as involve them in decision making, said Tadesse Amera, co-chair, International Pollutants Elimination Network.