From Bhalukpong on border of Arunachal Pradesh and Assam to Morgung village in West Kameng district, at least 10 major mountain springs have dried up, DTE observed 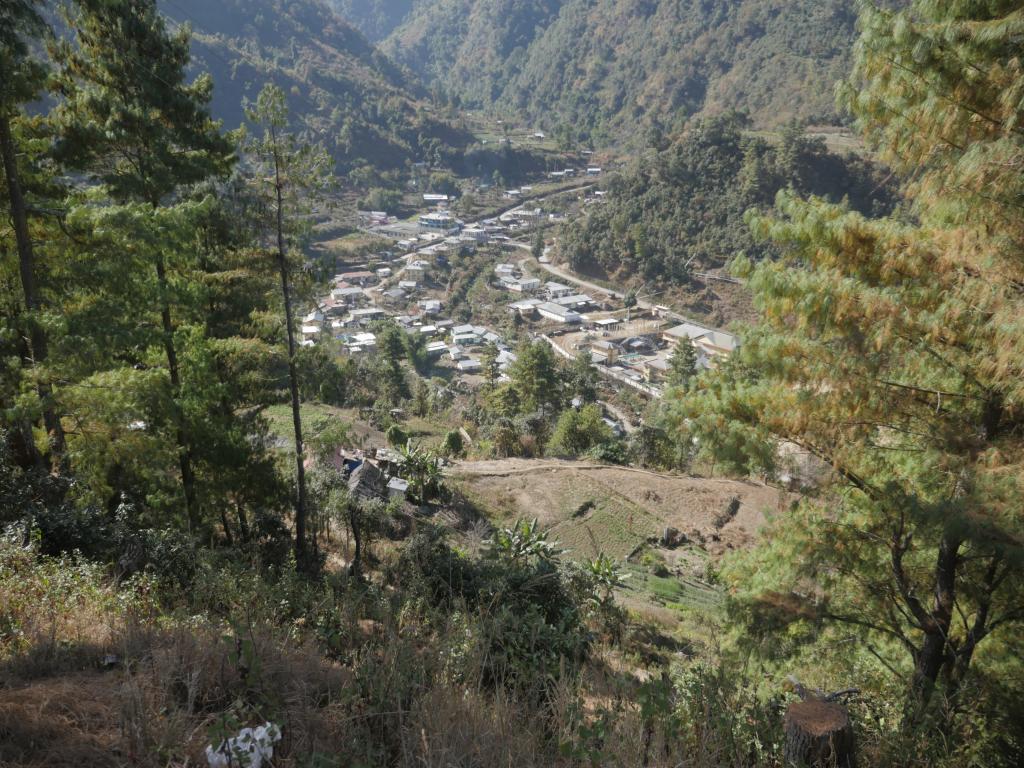 For hundreds of years, people of Bugun tribe in Singchung sub-division of Arunachal Pradesh’s West Kameng district kept a watch on shifting weather patterns through changes in local vegetation and flow of water in the mountain springs. Recently, however, their age-old techniques of weather-watching have been put to test by abrupt changes in weather.

“Our springs are drying up and the plants that should start growing in certain seasons are growing late or early,” said Dawa Sarai, village sarapanch, Singchung and the gaon burah (chieftain) of the Bugun tribe.

The Hing Chachui tree, for instance, would bloom with red flowers at the onset of winter. But now they grow late. The normal time for the onset of winter is the third week of November; but it happens in early December or later now.

The Phumun grass that flowers at the end of the rainy season flowers much later, indicating an extended rainy season. The eastern Himalayas of Arunachal Pradesh, where Singchung is located, is the most vulnerable to climate change after the North and South Poles, according to a research paper published in the journal Current Science in 2011.

This brings under threat the 4,000 different species of flowering plants found in Arunachal Pradesh spread over six different forest types. These include aromatic, medicinal and economically important species.

The forested area in the state accounts for 80.43 per cent of the total area. The paper identifies phenology, the branch of science that changes in the regularly occurring biological events like the flowering of trees as an important indicator of modifications in the environment, especially climate change.

The research paper, written by Sanjeeb Bharali and Mohamed Latif Khan from North Eastern Hill University in Shillong, Meghalaya, also recorded observations from villagers in Bomdila, which is further north of Singchung. It said snowfall declined in the region due to increasing temperatures in the 12-15 years before 2011.

The period of snowfall also changed from early November-end of February to December-early April, an observation also made by Sarai. Snowfall in the mountains along with rainfall is the only source of water for springs and by extension, villages of the region.

The changes in vegetation have impacted animal species, especially the 600 bird species, many of them endemic to Arunachal Pradesh. Sarai observed that butterflies, which were once abundant in the village around 10-15 years ago, are now rarely seen.

Sarai, who has been the administrative head of 13 villages where the Bugun people reside and that of 25 other villages since 2007, added that rainfall in the region has been on the decline in the past few years. This has had an impact on Singchung’s mountain springs, the village’s primary source of water.

The village was established in the 1970s by Sarai’s father, who brought together different families residing along the mountain slopes. His family grew apple and kiwi, but the productivity has dipped in recent years as the mainspring or the Chharit Kho, also worshipped by the Bugun people and which irrigated the crop, has mostly dried up.

“Singchung has been developed as a model village with neatly built roads, health centers, schools and other modern amenities over the years. It won the chief minister’s award for the cleanest village. But it may not have enough water for its people in the near future,” said Sarai.

From Bhalukpong on the border of Arunachal Pradesh and Assam to Morgung village in West Kameng district, at least 10 major mountain springs have dried up, Down to Earth observed.

These springs flow across the highway that leads to Tawang on the Indo-China border. They have been caught up in massive construction activity being undertaken for highway construction.

In many areas, the construction is being carried out using massive earthmoving machinery, posing risk to the already fragile geology of the mountains. This is in addition to the declining rainfall and snowfall in the region that has already affected the health of the springs in the past few decades.

Some of these springs, such as the Saidal spring close to Sessa village and Vyajanti Nala close to Nichipu village, were among major sources of water for villagers. Now the villagers fear if these springs, mostly covered with sand and boulder, will come alive again after the construction halts.

“This area received a lot more 25 years ago than it does today,” said 80-year-old Ganesh Bahadur, who has lived in Morgung village since 1954. He added that the rainfall has become scarcer in the last 12 years. It has gotten worse in the last three years.

“The 70-odd springs in the area have dried up. Residents have to go from place to place to look for water,” said Bahadur.

Water tanks of 1.25-1.5 lakh litre capacity have been built to store water from the springs and streams and supply it to local villages, including Morgung. “Floods would happen every 10 years, but now there is no sign of rainfall,” said Babul Subba, 48, who came to the village in 1979 and runs a fair price shop.

“When we were in school, the winter season would start off in September. But now they come late, leave early and are not as cold anymore,” said Subba. Now the winter season starts around November and lasts till February. By the festival of Holi, it is warm again.

The lack of water in the region has led to the drying up of forested areas; many bird and animal species have vanished from the region. Subba says that local fruit trees (Aisuru in Nepali) and a sour-tasting herb (Tothne in Nepali) which were abundant when he was growing up have all but vanished now.

“Springs are an integral part of the larger hydrological system of the region. Human interventions intercept the flow of the streams and springs, which may lead them to dry up,” said Chandan Mahanta, geologist and head, civil engineering department, Indian Institute of Technology, Guwahati.

The springs can be revived either at the same places or elsewhere if their pathways are studied and clearly demarcated.

“The locals are unable to intuitively understand the behaviour of these springs,” said Mahanta.

He added that spring rejuvenation will depend on the position of the aquifer and the knowledge of the local hydrology, especially related to the water table and terrain.