Climate Emergency CoP 25: Why 2020 is a critical year for the planet 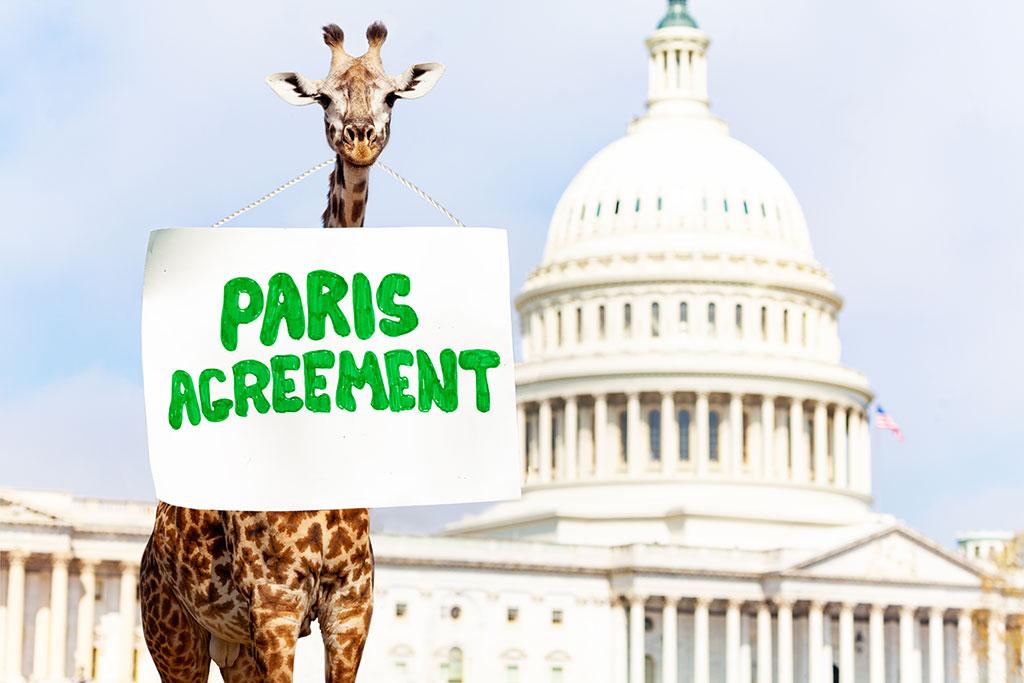 We are heading into the New Year — 2020 — with an urgent agenda to reduce emission of greenhouse gases (GHGs) to maintain the global warming according to the target set in the Paris Agreement.

Under this Agreement, countries are pushed to take up mitigation efforts to keep the average global temperature rise to below 2°C over pre-industrial levels and encourage them to limit it to 1.5°C. It does this largely through voluntarily agreed Nationally Determined Contributions, or NDCs.

Under the Article 4 of the Paris Agreement — the requirement that each party shall communicate a NDC every five years, and that each successive NDC must be a “progression” beyond the party’s current NDC.

The second round of targets is due in 2020. Notwithstanding the meagre progress on the first round of NDCs, setting ambitious new targets will indicate that the political will is still there, even if the United States (US) isn’t.

Cumulatively, the nations that have declared or indicated intent to update NDCs in 2020 represent less than 20 per cent of global emissions. Among those to have signalled intent, the most significant is the EU (7.41 per cent of annual global emissions), which agreed to increase its renewables target from 27 per cent to 30 per cent of the energy mix by 2030, with an increased energy efficiency target of 32.5 per cent, up from 30 per cent. 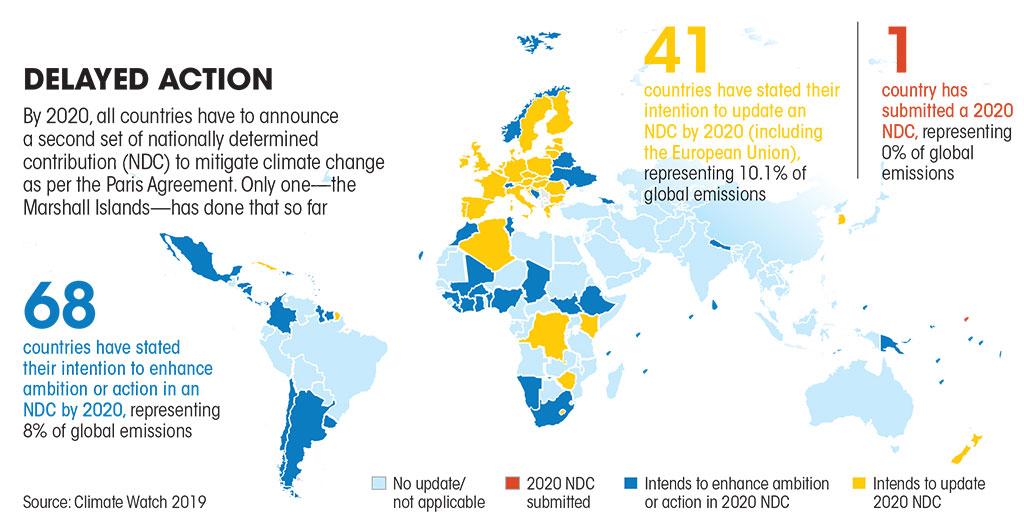 Mexico (1.49 per cent of annual global emissions) currently aims for its 2030 emissions to be 22-36 per cent below levels seen in 2000, and a 50 per cent reduction in 2000 levels by 2050. These targets were submitted as part of a mid-century strategy published in 2016, and Mexico contends they are consistent with the 2°C threshold. It intends to communicate a new NDC in 2020, but there is no indication whether it will be 1.5°C-consistent, or by how much it will raise ambition.

Similar concerns exist with South Korea (1.29 per cent of global annual emissions), which published its 2050 strategy in 2009, much before the Paris Agreement legally established the 1.5°C and 2°C thresholds to assess NDCs. Other significant emitters with a declared intent to update targets in 2020 include South Africa (1.08 per cent of global annual emissions), Nigeria (1.01 per cent), Argentina (0.91 per cent) and Ukraine (0.70 per cent).

As developing economies, these countries will need to significantly ramp up ambition between 2030 and 2050. It is unclear if they have domestic policy frameworks to do so.

The lack of ambition increase from these developing economies, however, pales in comparison to the abdication of responsibility by much larger economies. The US, Australia, China, Russia and Brazil are united by precious little other than their disregard for the spirit of the Paris Agreement. Major economies need to step up, based on “a fair sharing of efforts and resources, centred around equity”, says Harjeet Singh, Global Lead on Climate Change at Johannesburg-based international non-profit ActionAid. If China and India are to decarbonise at a 1.5°C-consistent rate, international support for capacity building, technology and finance will be essential, he emphasises.

Australia currently targets a 26-28 per cent reduction below 2005 emissions levels by 2030. This is consistent with warming in excess of 4°C — easily one of the worst pledges in the world — and contradicts advice from its Climate Change Authority, which recommended a 45 per cent cut. The election of a denialist Liberal/National Coalition government earlier this year is likely to worsen matters.

Kate Dooley, research fellow at the Climate & Energy College, University of Melbourne, Australia, says the government “has shown no interest in increasing this pledge in line with the Paris Agreement, but instead plans to use accounting tricks to meet its extremely weak 2030 target”.

China has often been proposed as a candidate for climate leadership. That would involve taking on a much more ambitious target than its current one. Moreover, its impact is rapidly overflowing its borders — if all projects under its One Belt One Road initiative are completed, they will consume the global carbon budget on its own. China, though, is sending mixed signals.

At the G20 summit in June, China and France jointly “reaffirmed their commitment to update their nationally determined contributions in a manner representing a progression beyond the current one”. Yet, at a summit of the basic countries — a grouping of Brazil, South Africa, India and China — held in October, China was silent on updating its targets.

Russia formally joined the Agreement earlier this year, with unambitious firstround targets. President Vladimir Putin’s well-profiled climate cynicism indicates that the move is a defensive one to secure a (likely disruptive) seat at the table. Brazil — historically a climate leader — has regressed drastically since the election of Jair Bolsonaro as President late last year. It has been kept in the Agreement mostly by the EU’s threat to nix a critical free trade agreement — not a promising sign for increased ambition in 2020.

UK's national climate law targets net zero emissions by 2050. This is not 1.5°C-consistent, which is why the Labour Party in the opposition is considering including a net-zero-by-2030 target in its manifesto for this December’s election.

Besides target setting, ongoing negotiations on the Paris Rulebook will be critical at the Conference of Parties (cop) in Madrid in December. The rules flesh out details of various reporting obligations — performance on past climate targets, announcing future climate targets, finance, use of carbon credits and adaptation actions — and the structure of a periodic Global Stocktake. All elements of the Rulebook were supposed to be finalised at last year’s cop in Poland.

However, no consensus was found on international carbon trading. So, that element will top the agenda at this year’s cop. With American negotiating involvement truly scaled back for the first time, a productive Madrid CoP 25 would demonstrate that parties can find consensus without the US when it matters. That consensus needs to then be built on in 2020, regardless of expected US obstinacy.

If climate denialism is removed from the White House next November, the US would most likely rejoin the Agreement and should be pushed to take on highly ambitious new targets. The strongest bargaining chip would be a global display of ambition in 2020. If it is four more years of denialism, all countries would be justified in reviewing their participation in such a US-centric Agreement. That, however, is a debate for 2021.